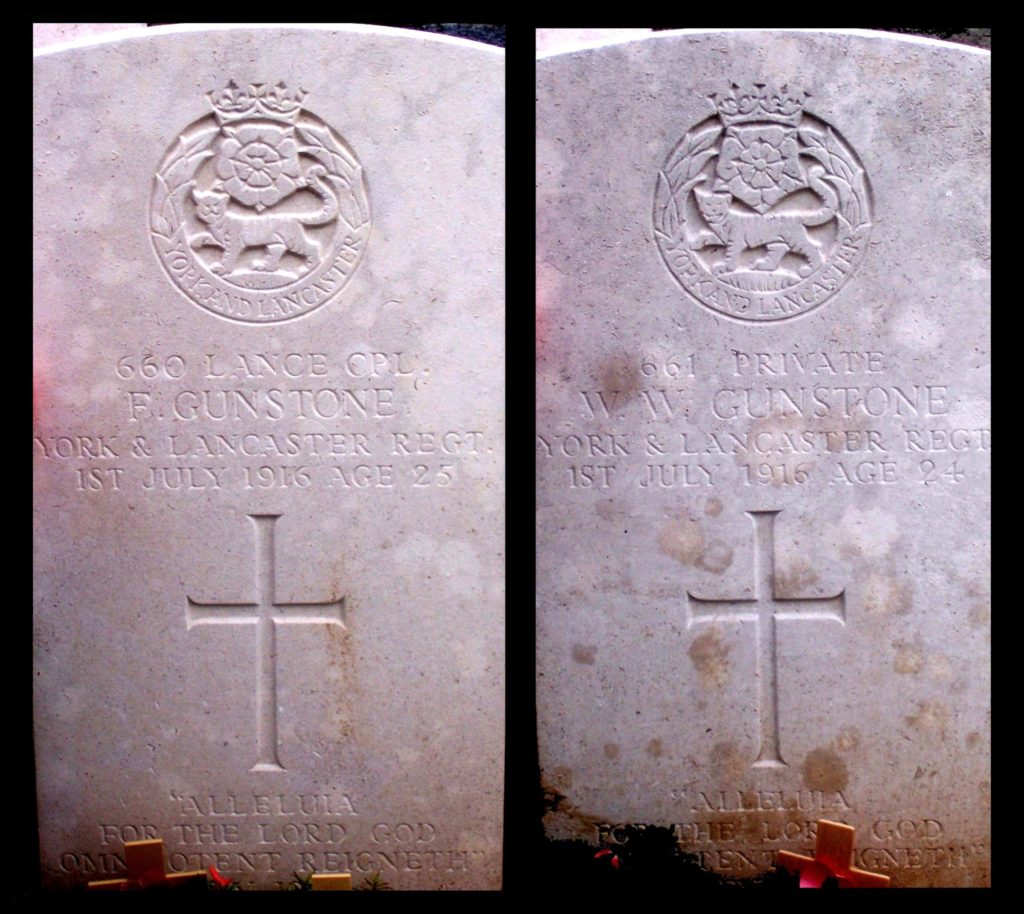 These are the graves of two brothers from Sheffield who died together on the first day of the Battle of the Somme, July 1st 1916. They are buried where they fell which is the tradition of British and Commonwealth armed forces. Note these two graves are not actually next to each other, this is two photos joined together.

The manner of recruitment during WW1 saw the formation of Pals Battalions where brothers, friends and workmates from one town all joined up together, trained together and, when they left their trenches and marched into a hail of machine gun bullets, they died together. The result was that entire towns and villages lost many of their young men in one day.

Two such men were Frank Gunstone and his younger brother William.

You can see their numbers 660 and 661 and can picture them in Sheffield stood next to each other in the queue to join up, the older of the two stepping forward first. It is easy to imagine them proud in their uniforms, showing off to their family and maybe their girlfriends and then going off to France to fight for their King and Country…

And visiting Luke Copse cemetary which is right in front of the remains of their trench you can, with next to no effort, picture their Commanding Officer blowing his whistle and the two brothers – who had never before been in battle – climbed the ladder out of the trench and were immediately cut down.

The Pals Battalions – working class lads from towns such as Accrington, Barnsley and Salford fell here in great numbers but didn’t gain any ground. On that first day, nearly 20 thousand British men were killed.

While it is not difficult to imagine lads like the Gunstone brothers dying in the field, the enormous casualty figures are too high to really appreciate. New Zealand, for instance, suffered casualties in 6 weeks at the Somme that amounted to 1% of the entire population of the country.

By the end of the 20 week long Battle of the Somme, nearly a third of a million men of all nationalities had been killed – and the Allies had advanced 6 miles.

Below;
Luke Copse cemetery is one of a number of cemeteries beautifully maintained by the Commonwealth War Graves Commission. Like many cemeteries positioned where the men fell, it contains only a small number of graves but there are many such cemeteries in the fields all around. There are 72 graves at Luke Copse, men who died at the beginning and at the end of the Battle of the Somme. 28 of the dead are unidentified. 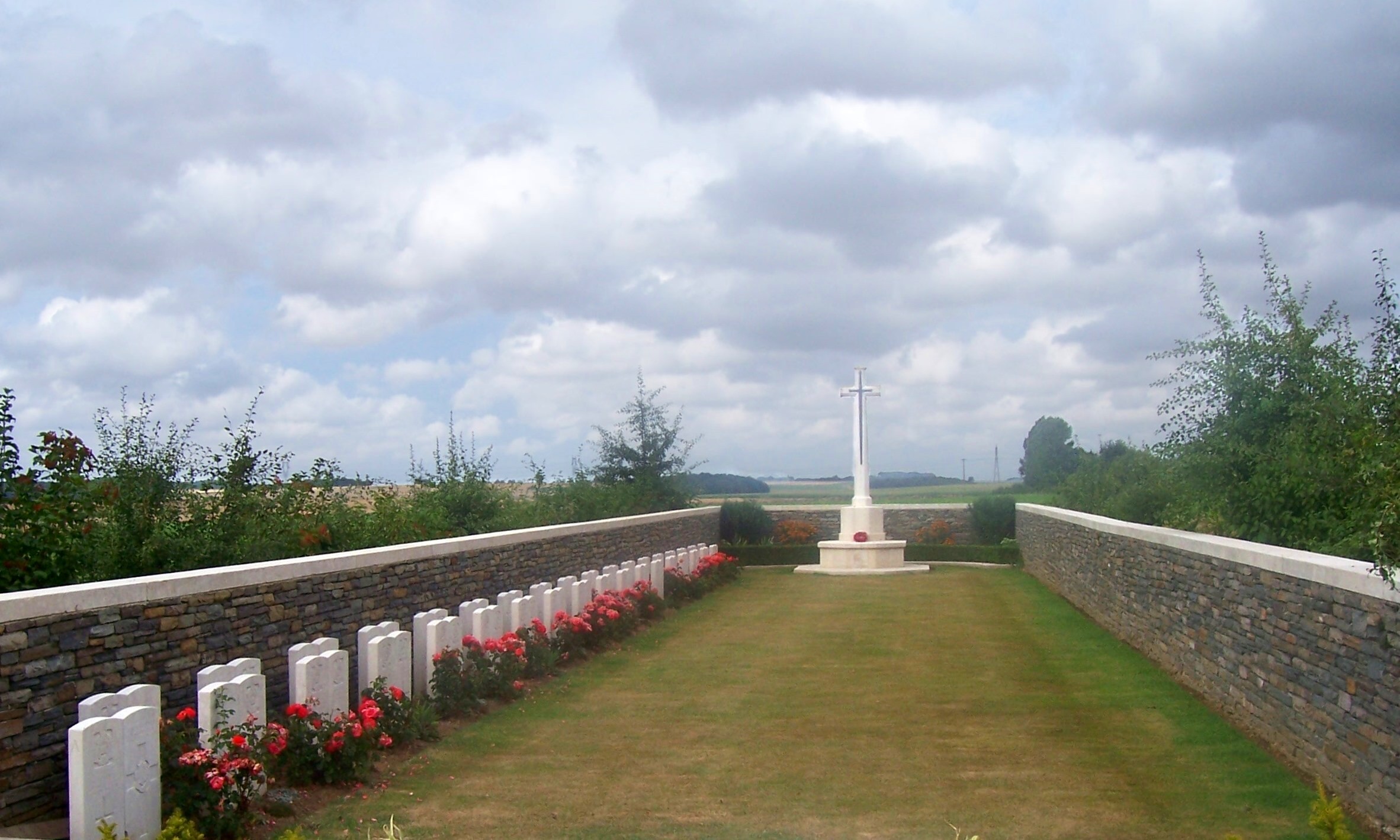 This page gives a very good overview of the cemeteries and memorials in this area.