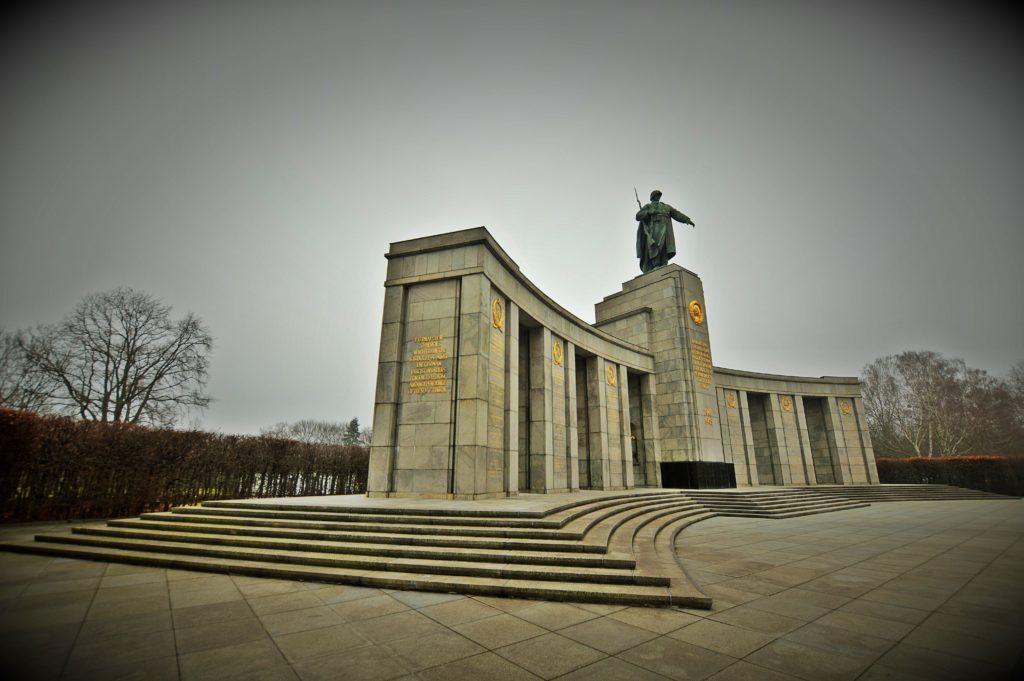 One of the first things the Soviets did upon taking control of Berlin in the Spring of 1945 was build a memorial to the 80,000 plus Red Army soldiers who were killed during the Battle of Berlin.

Other memorials were later built at Trepowter Park and Pankow in what became East Berlin. The one at Tiergarten, very close to the Reichstag and the Brandenberg Gate, was built in what had been designated as the British Sector. As a result and during the Cold War, the Soviet Guard was permitted access by British forces and Red Army sentries were posted daily at the memorial until reunification and the end of occupation.

Sometimes referred to as the “Tomb of the Unknown Rapist” on account of the behaviour of Red Army soldiers in occupied Berlin, the monument is also a grave to some of the fallen. It is flanked by two artillery guns and two T-34 tanks. 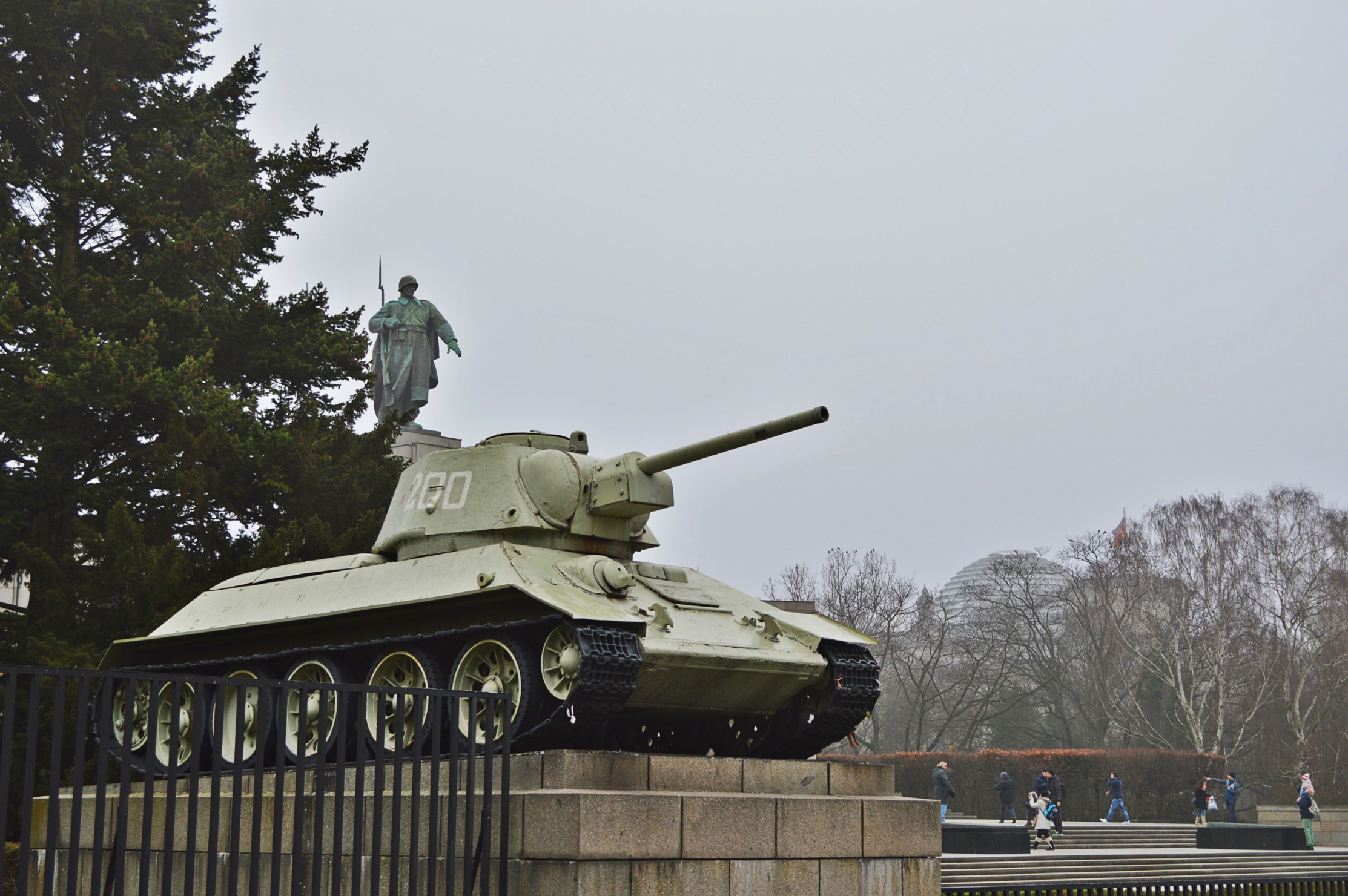 The inscription is repeated in Russian, English and German; “Eternal glory to heroes who fell in battle with the German fascist invaders for the freedom and independence of the Soviet Union”

Link below; Bild-Zeitung article (not translated) from May 2014 protesting against Russian aggression in the Ukraine and raising a petition to have the T-34 tanks – which the paper says symbolise Russian aggression – removed from Berlin. 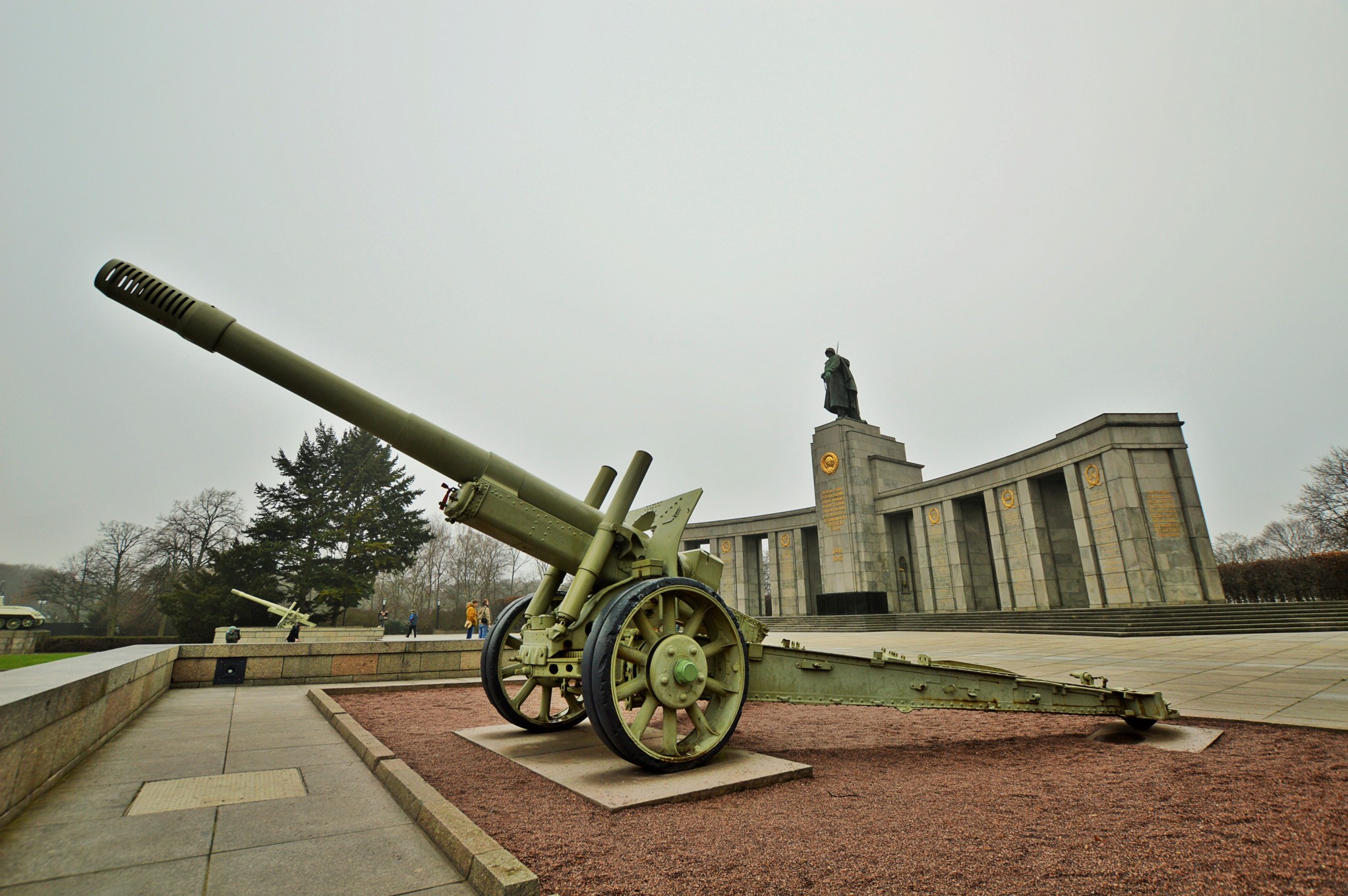 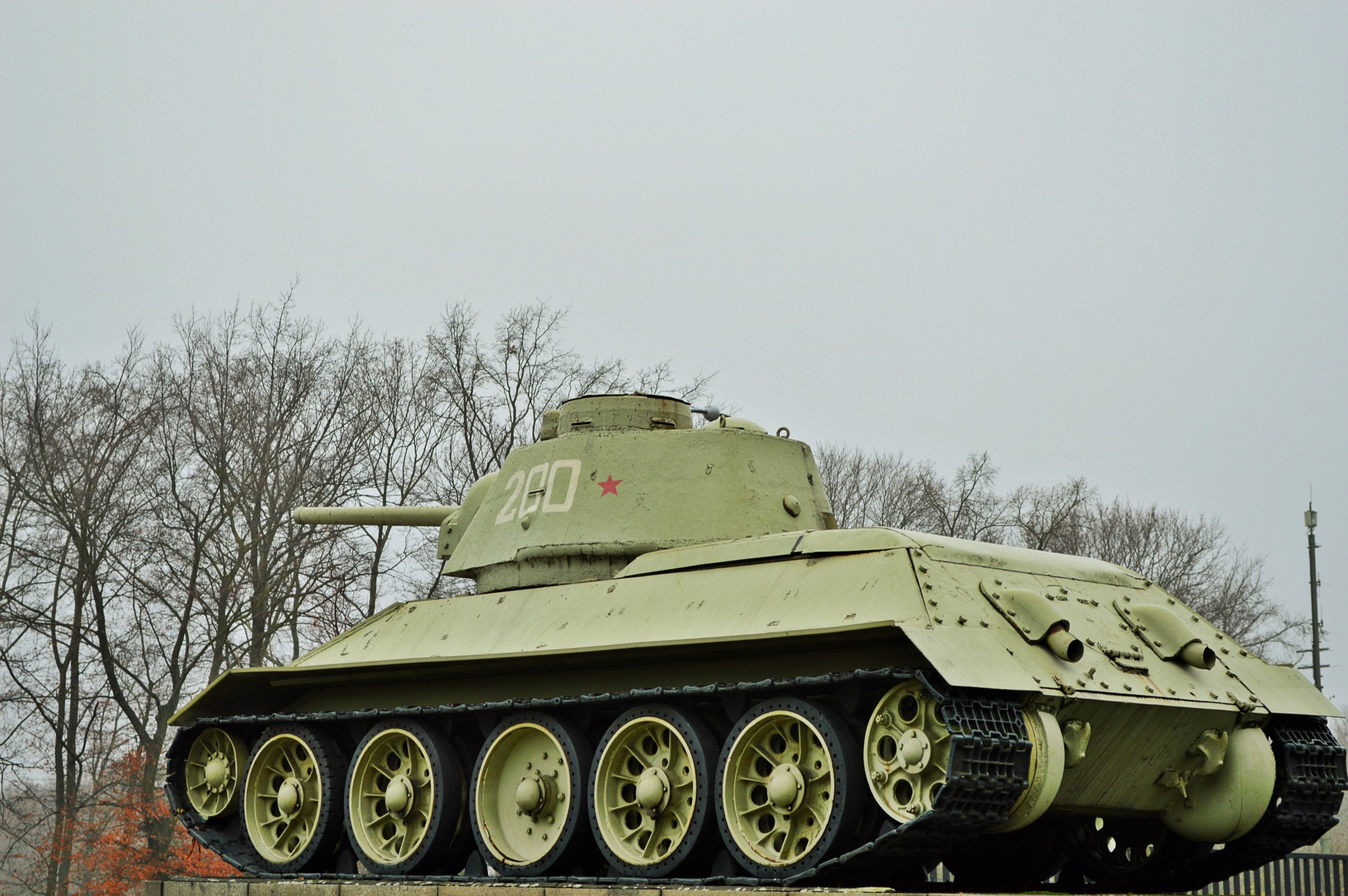 Below; notice board nearby showing the ruins of the Reichstag shortly after construction of the memorial. 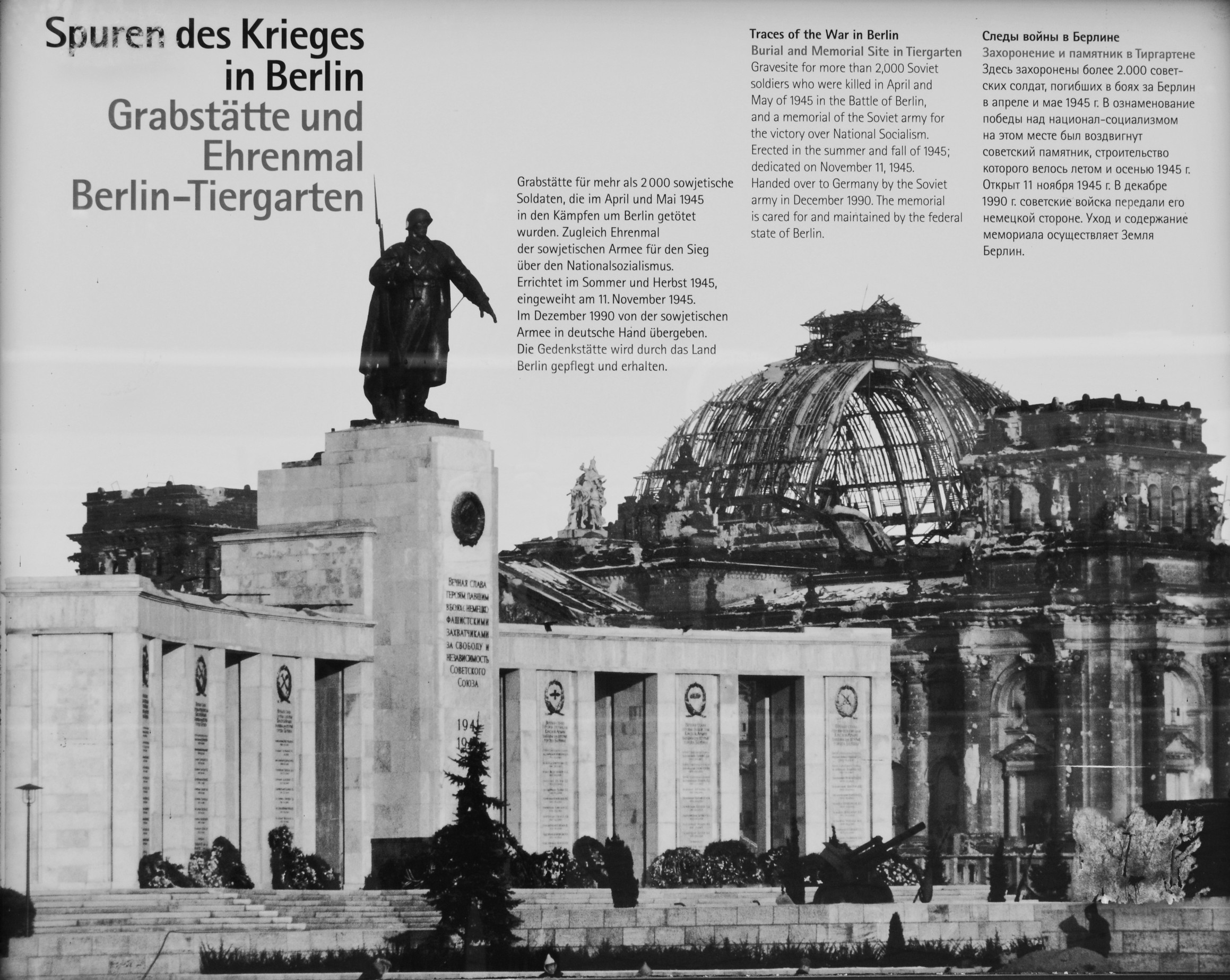