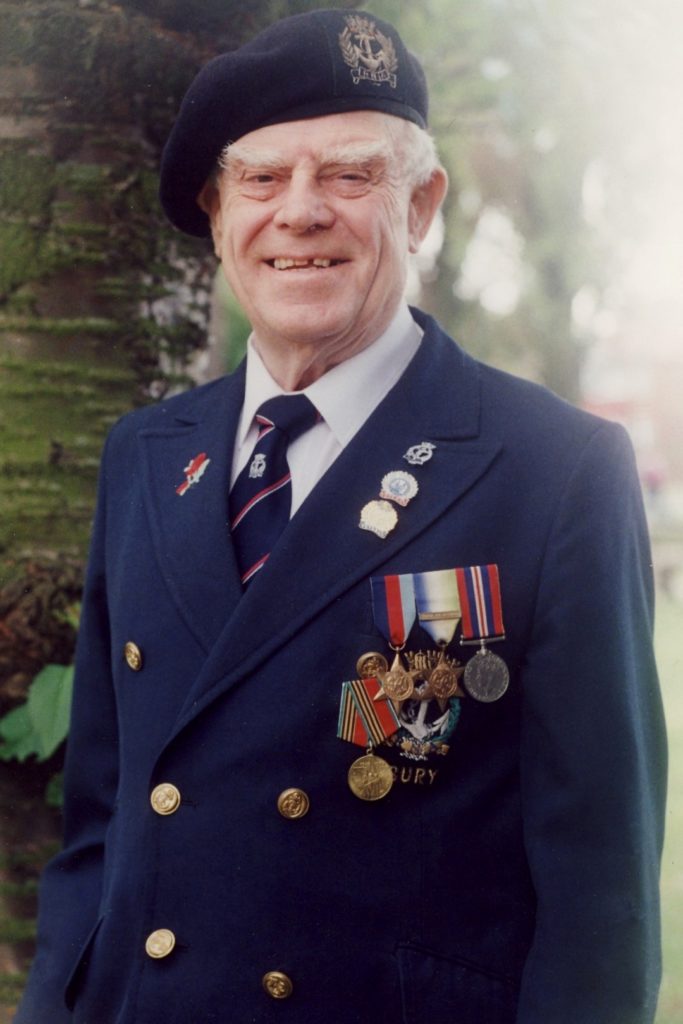 If he were still alive, my Father would be celebrating his 90th birthday on Saturday 18th December 2010. Arthur was born in Hyde, Cheshire, in 1920, and died a few days after his 76th birthday, on 23rd December 1996. Above photo taken by my half sister Barbara.

He had what you might call a good war. In 1938, a year before war broke out, he joined the Royal Navy. He was actually planning on joining the RAF, but on passing the window of the Royal Navy recruitment office in Dover Street, Manchester, he preferred the uniform of a sailor so joined them instead. He served with the North Atlantic and Mediterranean Fleet.

Most of his war stories were humorous – a favourite being of how he and his “oppo” had got blind drunk in Freetown, Sierra Leone in West Africa, and were staggering back to the ship when they spotted a duck just sitting in the middle of a dried-up pond. 2 drunken sailors + duck = supper, so they stole it, but were chased all the way back to the ship by a very pissed off bloke wielding a machete.

Occasionally he spoke of the horror of war – on board HMS Fame, the ship rammed the conning tower of a U-Boat (U-353) with such force that the bow of the ship was split open and she had to return to Liverpool for repairs in reverse gear. Not that they were horrified at the time, the men on board were jubilant at sinking a U-Boat.

While on board this destroyer other U-boats were sunk including U-69 which had earlier torpedoed the ferry boat Caribou with the loss of 137 people including 49 civilians, off the coast of Newfoundland, Canada. U-69 was caught and rammed by HMS Fame some months later with the loss of all 46 hands.

The most famous battle in which he was involved – he was then an anti-aircraft gunner on HMS Norfolk – was that of the Bismarck, the world’s biggest battleship, which set out on its first operational voyage in May 1941. HMS Norfolk and HMS Suffolk had located the Bismarck and the Prinz Eugen off the Icelandic coast, tailed them and were joined by battleship Prince of Wales and battlecruiser HMS Hood, the pride of the British Fleet.

My Father had what he described as a ring side seat. He saw a couple of exchanges between the Hood and the Bismarck, before the Hood suddenly blew up! Within minutes the entire ship just disappeared from view. Of a crew of 1418, only 3 men survived. My Dad later gave evidence at the Inquiry.

Bismarck left the scene after damaging HMS Prince of Wales, and contact was lost. However a few days later she was re-sighted south of Ireland and heading for France. Swordfish torpedo bombers from Ark Royal damaged Bismarck’s rudder, and the ship was doomed as the British fleet moved in for the kill. The Norfolk had been involved from the start and was there at the end. My Dad said that the scariest part of the battle was when the battleship HMS Rodney and the Bismarck were firing 1 ton shells at each other from a distance, while the Norfolk sailed between them both and fired a port broadside of torpedoes at the Bismarck before turning around and firing the starboard ‘tin fish’ as he referred to them, while shells from the two battleships’ guns were tearing the sky apart above them.

In 1985, he was awarded a commemorative medal by the Soviet Union for escort duties with the Arctic Convoys to Arkhangelsk. That’s the medal below the others, it not being an official campaign medal. He also took part in D-Day, harrassing the defenders around Le Havre with shellfire, and was called up for Reserve duty during the Korean War.

Below; Arthur with his younger brother William, who died shortly after this photo was taken. 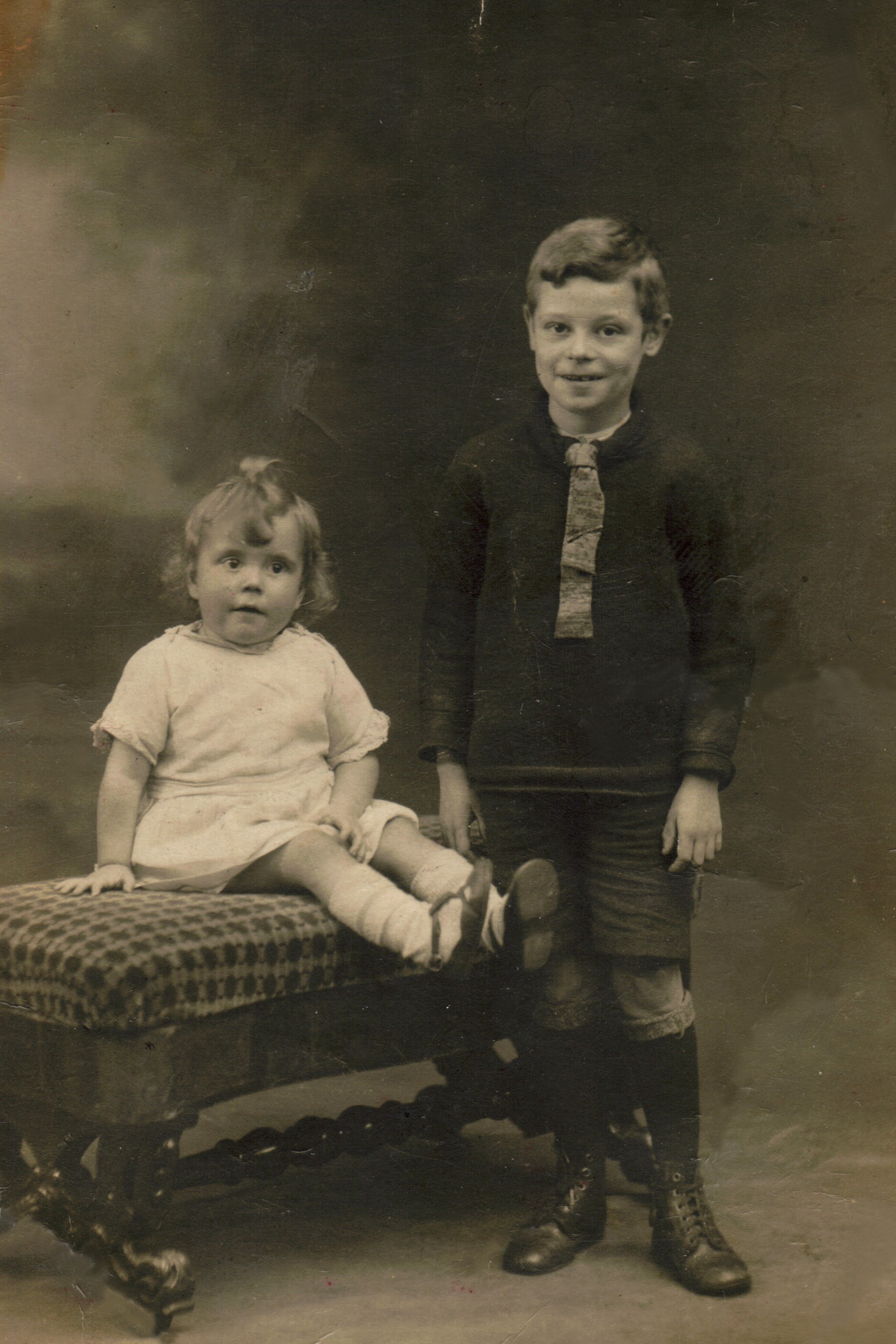 Below; HMS Zulu. A brand new Tribal Class Destroyer. In December 1938, just before his 18th birthday, HMS Zulu sailed out of Chatham Docks in Kent, and made for the Mediterranean.
It must have been quite an experience for him, turning 18 and going ashore while berthed at St Tropez – not bad going for a lad from the slums of east Manchester!