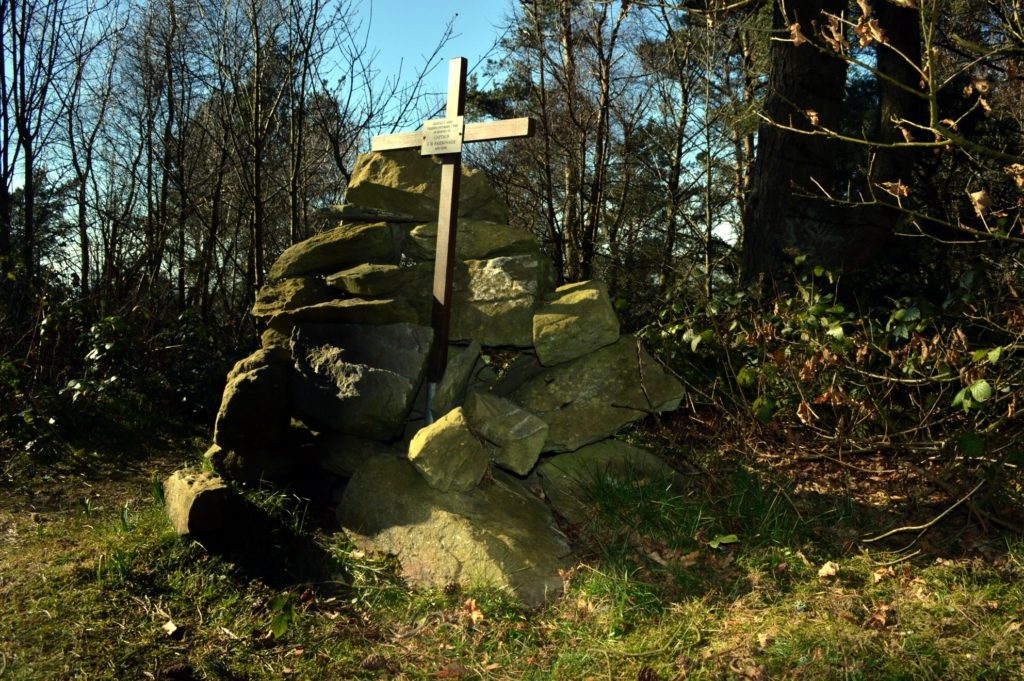 This is the crash site of a Handley Page Halifax which was owned and operated by Lancashire Aircraft Corporation.

All 4 crew were killed in the crash on the afternoon of 5 December 1947.

Flying cargo from Lille in northern France the aircraft was in nine tenths cloud cover as it approached its destination at Liverpool Speke. The aircraft had drifted off course and struck the summit of a little hill called Mynydd y Cwm, three and a half miles south of the seaside town of Prestatyn.

The memorial cross is at SJ 07269 76725. Grid ref from wrecksite uk where Mat also notes that very close by is the field where 4 years earlier USAAF B-17 42-5791 ‘Ruthless’ had crashed with the loss off all 18 crew and passengers on board. The passengers were airmen who had completed their tour of duty. 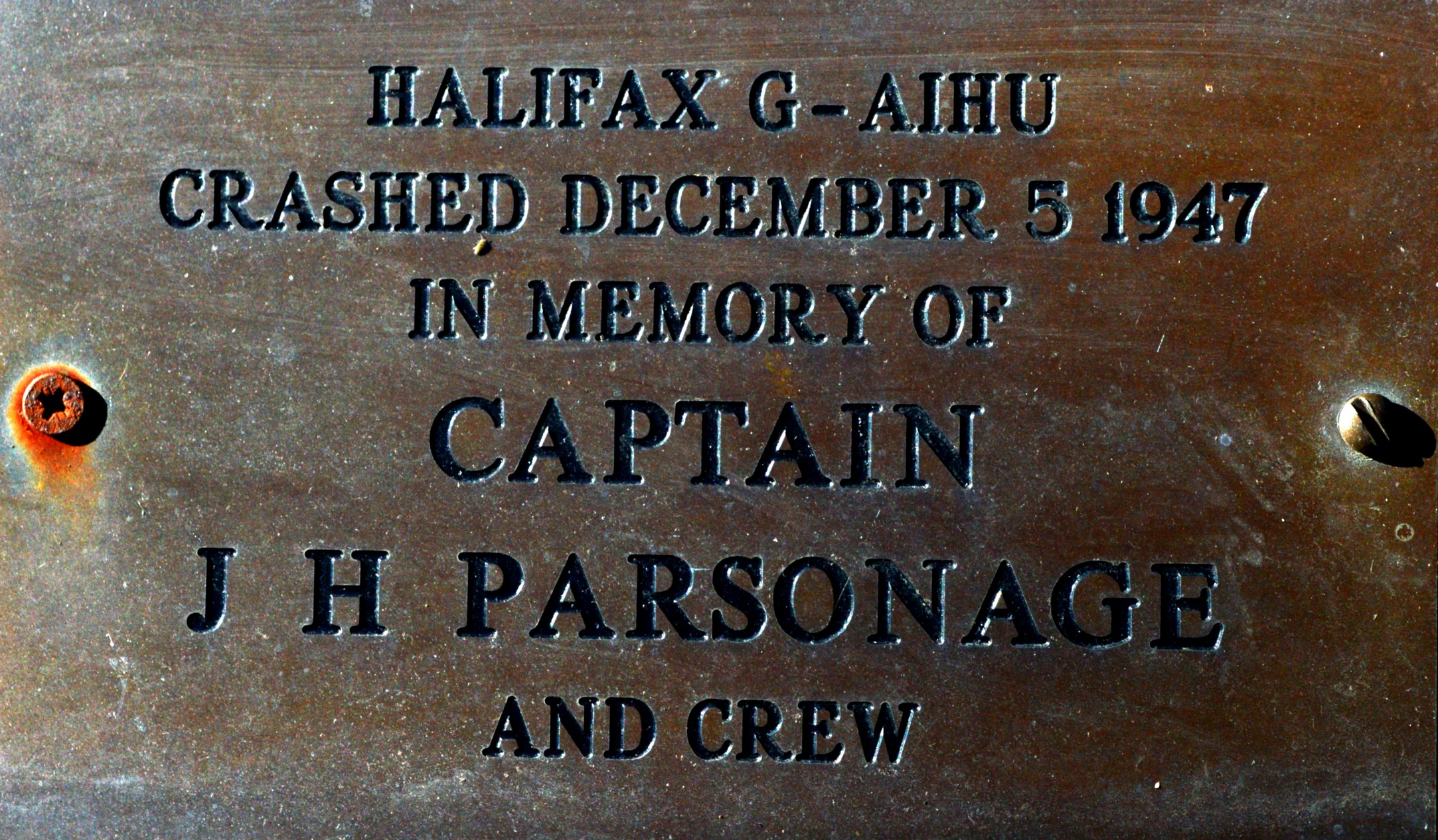