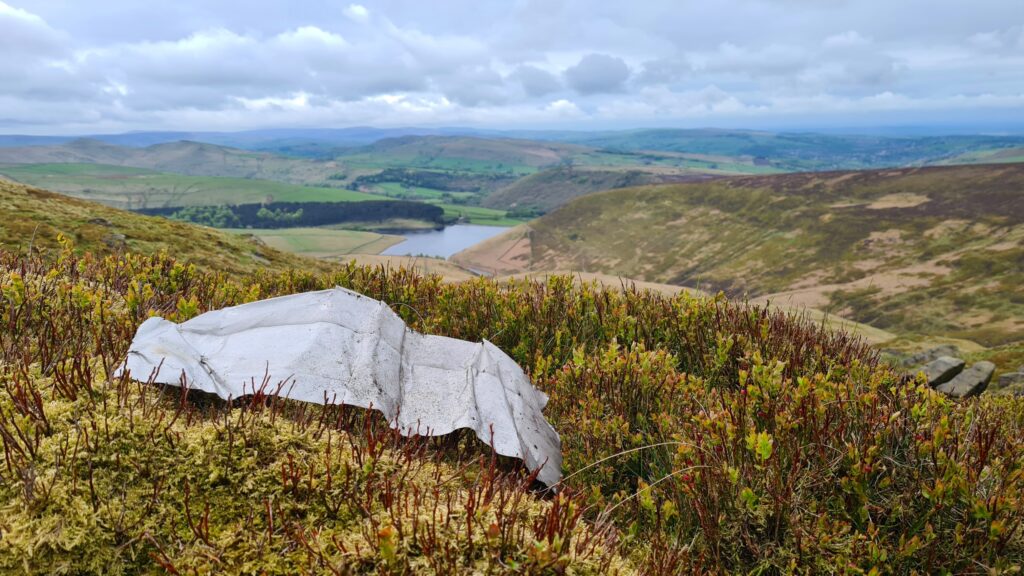 On the morning of 24 October 1997, Jet Ranger II G-ODIL was moving bags of stones when it crashed near the north western edge of Kinder Scout in the Peak District. The pilot, not named in the accident report or in the newspapers of the time, escaped uninjured.

The fragment above was found using a grid reference provided by Sean of UK Air Crash Site Coordinates who found the crash site with Pat Cunningham in 2018. The view is looking towards Kinder Reservoir.

This photo shows the fragment next to what appears to be the remains of the bag the helicopter was carrying at the time. 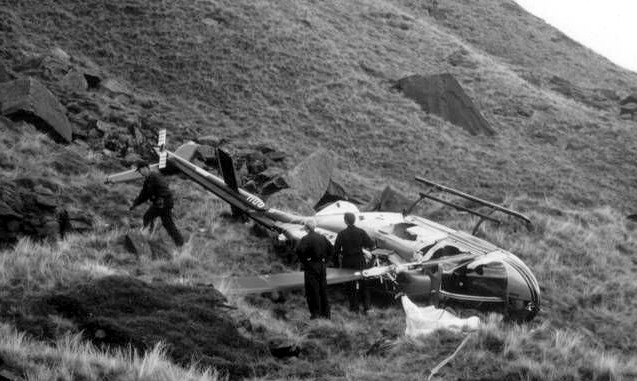