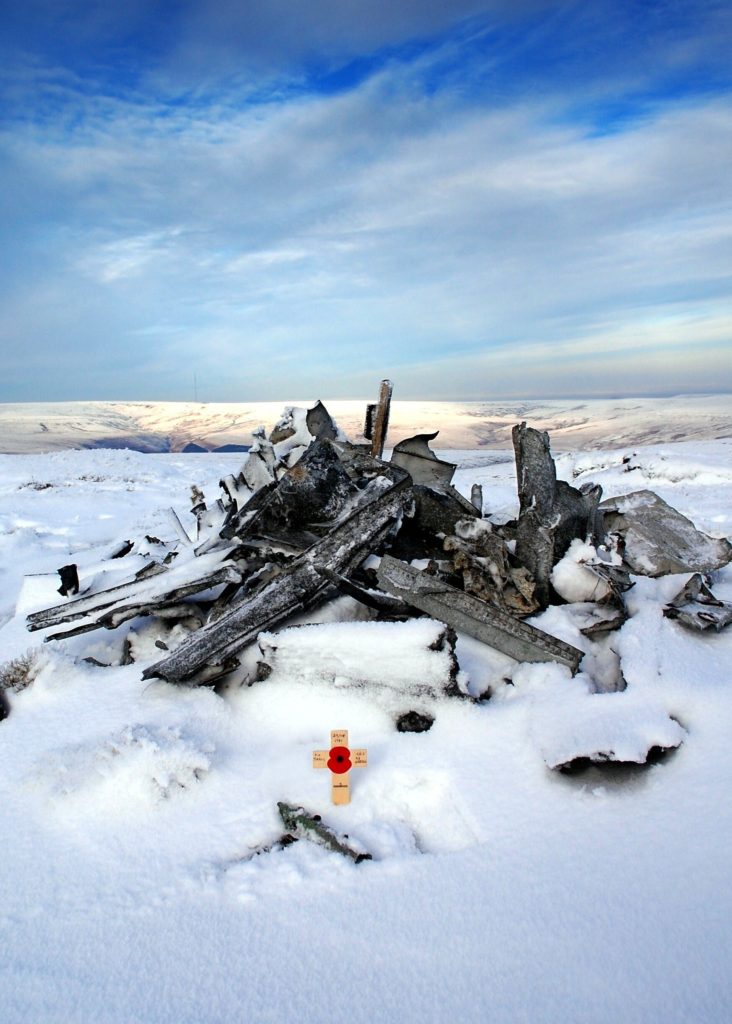 Pilot Officer James Craig and Aircraftman Second Class George Daniel Hempstead (a passenger in the gun turret) both initially survived the crash but were badly injured and unable to seek help. They died and their bodies were found sitting beside the wrecked Defiant a month later.

There is an apocryphal story that the Defiant was shot down by friendly fire from a Spitfire but there is no evidence to support it. As Pat Cunningham says, a greater mystery is how it came to be that the wreck and the crew were not found for over a month, despite immediatley being reported missing. The crash site is at a place called ‘Near Bleaklow Stones’ which although on a vast featureless moor, is still only two miles from the nearest road and the crash happened in early autumn, not the middle of winter.

Re; the photo above, Al and I approached from behind and first shook some of the snow from the debris and then I leaned over the pile to plant the poppy cross, leaving the snow around undisturbed and free of footprints.