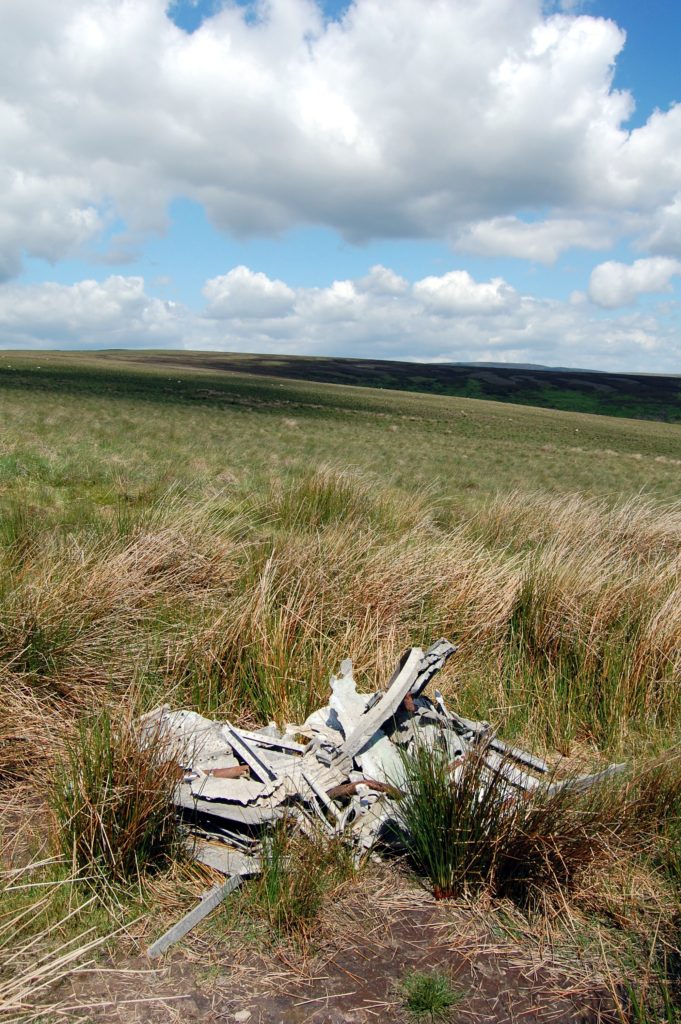 Both crew survived when they baled out of their failing aircraft.

The Defiant developed engine trouble, while their wireless packed in altogether. Lost in cloud, and mindful of the hills beneath, Flight Lieutenant Rabone climbed to 3,000 feet and the two men abandoned their aircraft. They both landed uninjured not far from where N1766 came down.

Flight Lieutenant Rabone was, says Cunningham, no stranger to parachuting. This was the sixth aircraft he had baled out of. The previous five times had been in Fairey Battles and Hawker Hurricanes (shot down three times, and once after engine failure and once when he lost control in a storm cloud at 22,000 feet)

Before he went missing over the English Channel in July 1944, he had shot down 10 enemy aircraft.

Cunningham points out that Flight Lieutenant Rabone did the right thing, that he did not ‘press on regardless’ as so many of the pilots of these wrecked aircraft had done with dreadful consequences.

Upon landing, Scotsman Flying Officer Ritchie’s accent caused him trouble convincing the farmer at the first place he knocked on, that he was not German.