‹ Return to Battle of the Atlantic 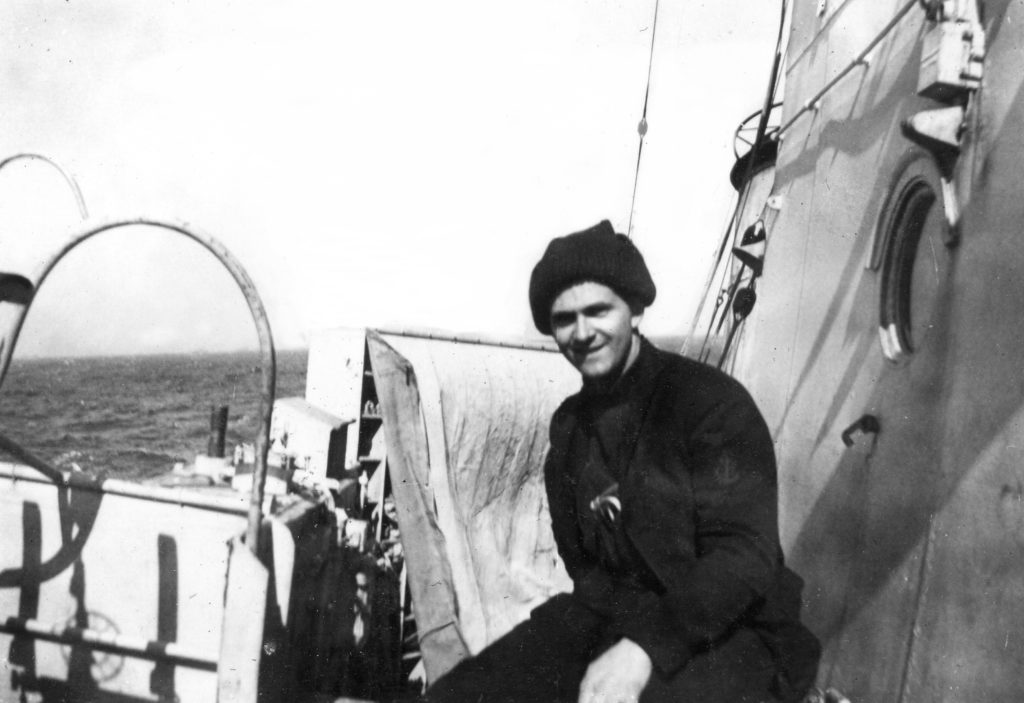 I was recently contacted by a Mr Michael Thomas whose father Petty Officer Gareth Morgan Thomas (lead photo above) had been a radio mechanic on the destroyer HMS Fame between 1942 and 1946, at the same time as my father. PO Thomas carried a camera with him and these are some of his photos, reproduced here with kind permission of Michael Thomas. These are previously unpublished photos. We do not know the dates these photos were taken, or the locations or the identity of any of the crew. Be great to hear from anyone who can identify their relatives in these photos.

This first one shows my dad on the left. It is only the second photo I have of him taken during the war. 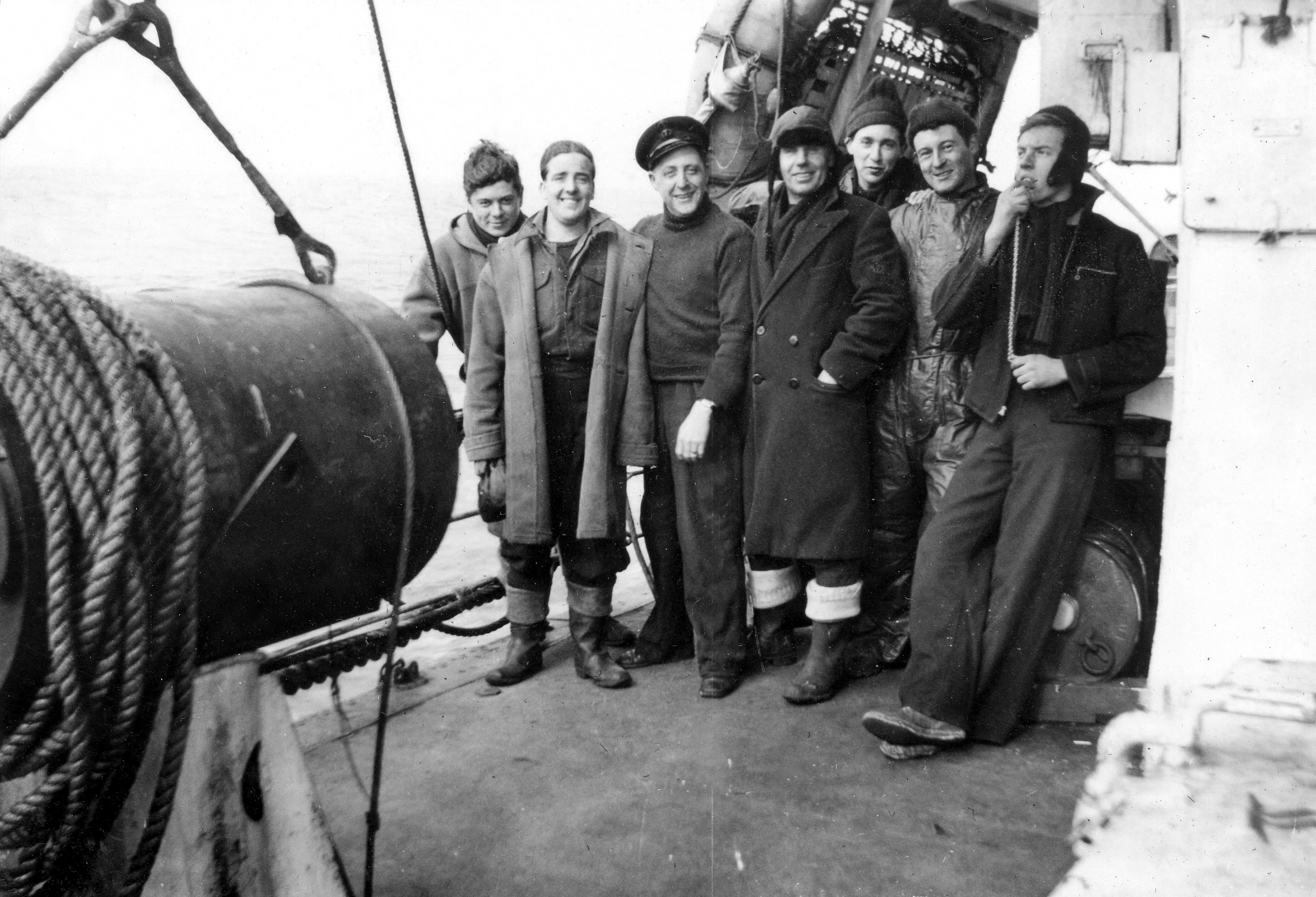 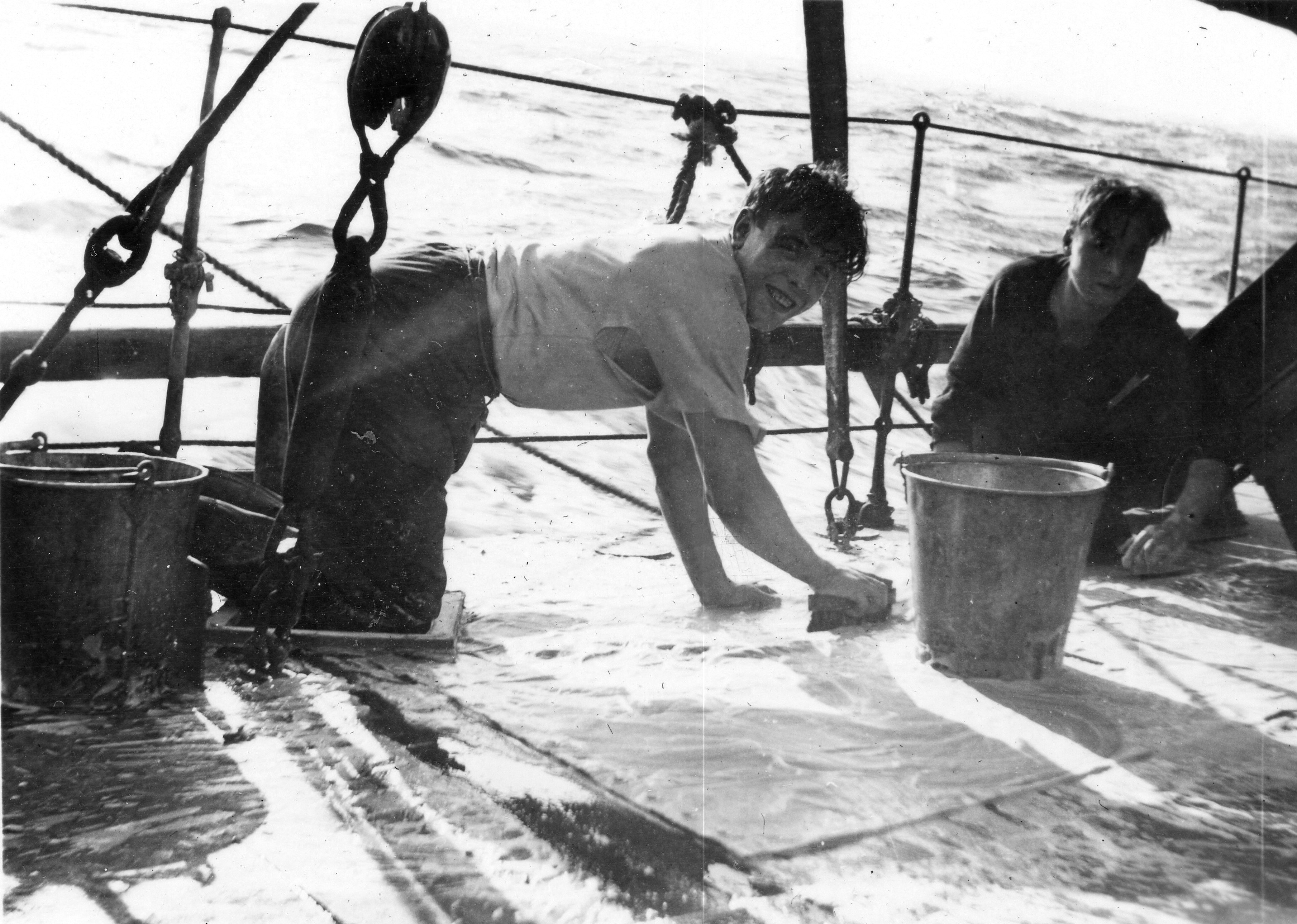 Not sure what is going on here. Appears to be rescued sailors – from a convoy merchantman or from a U-boat? 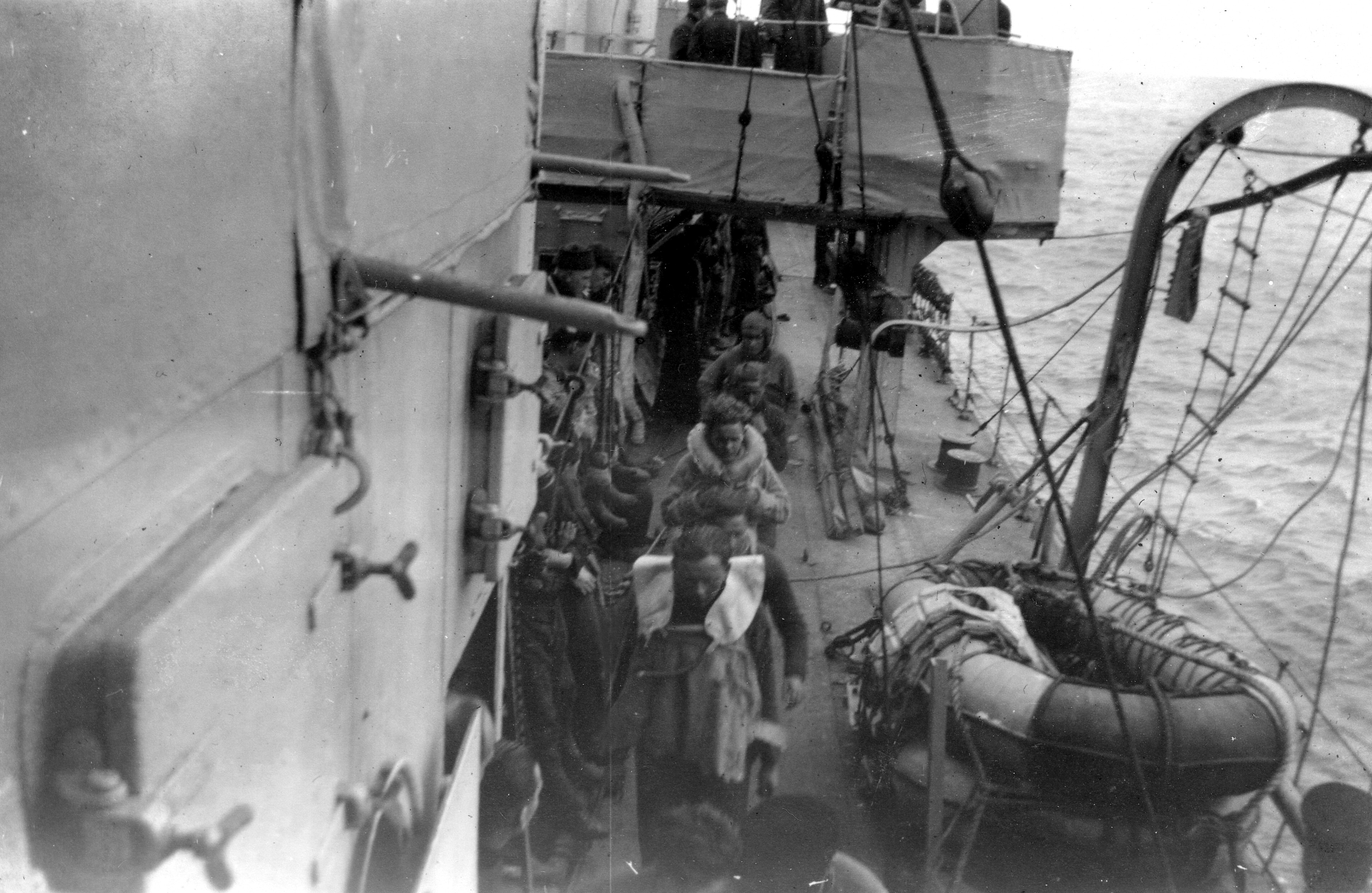 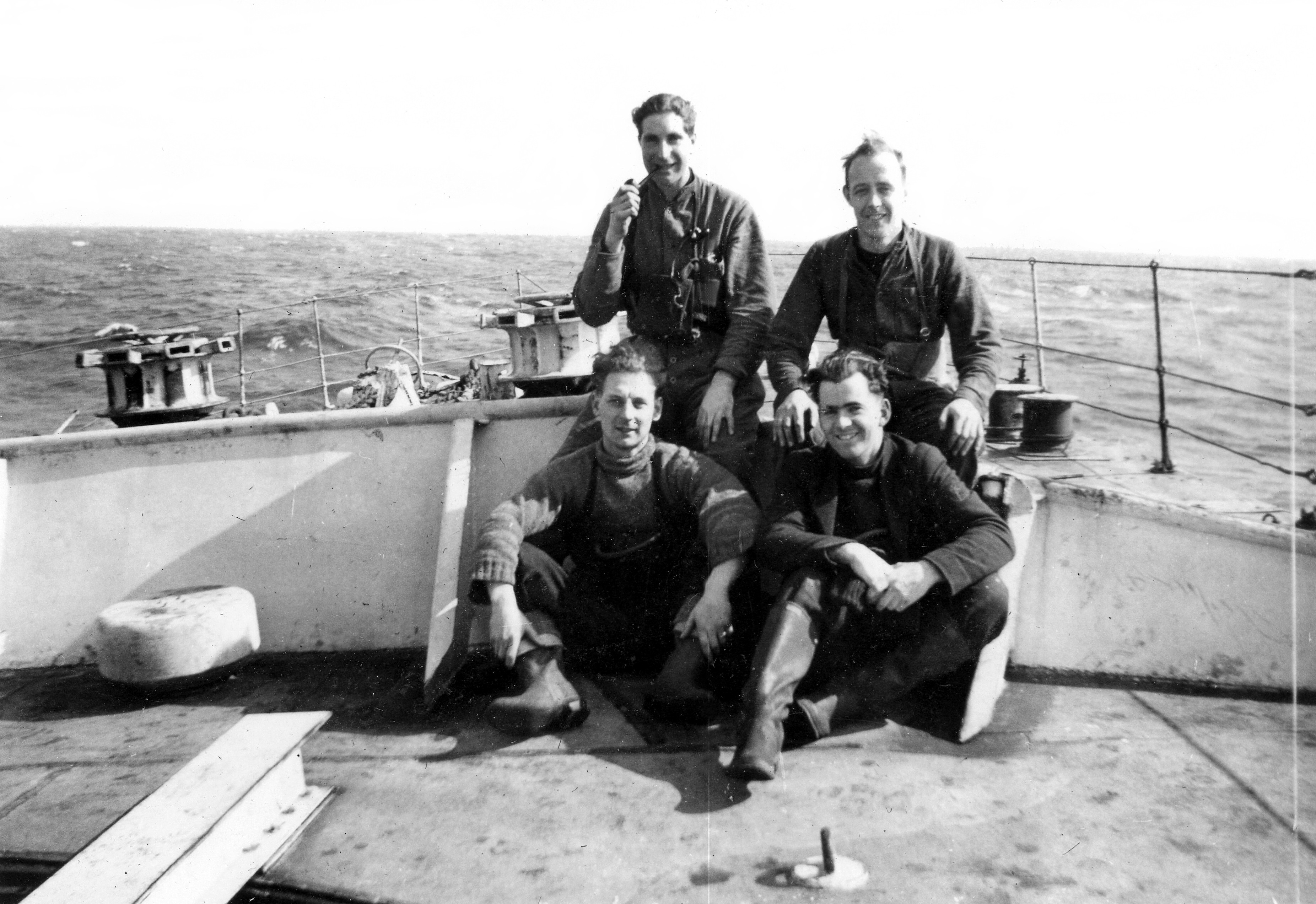 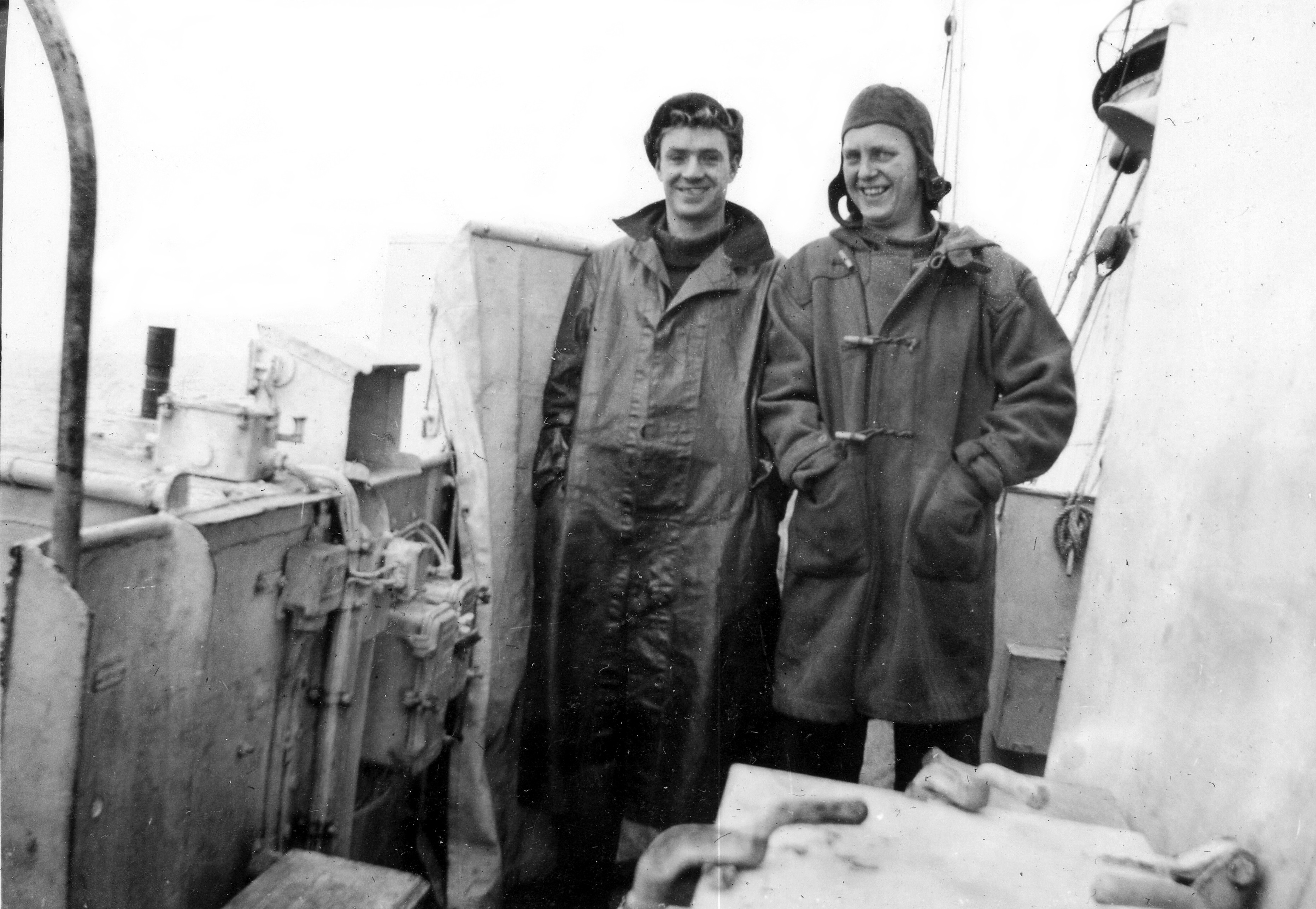 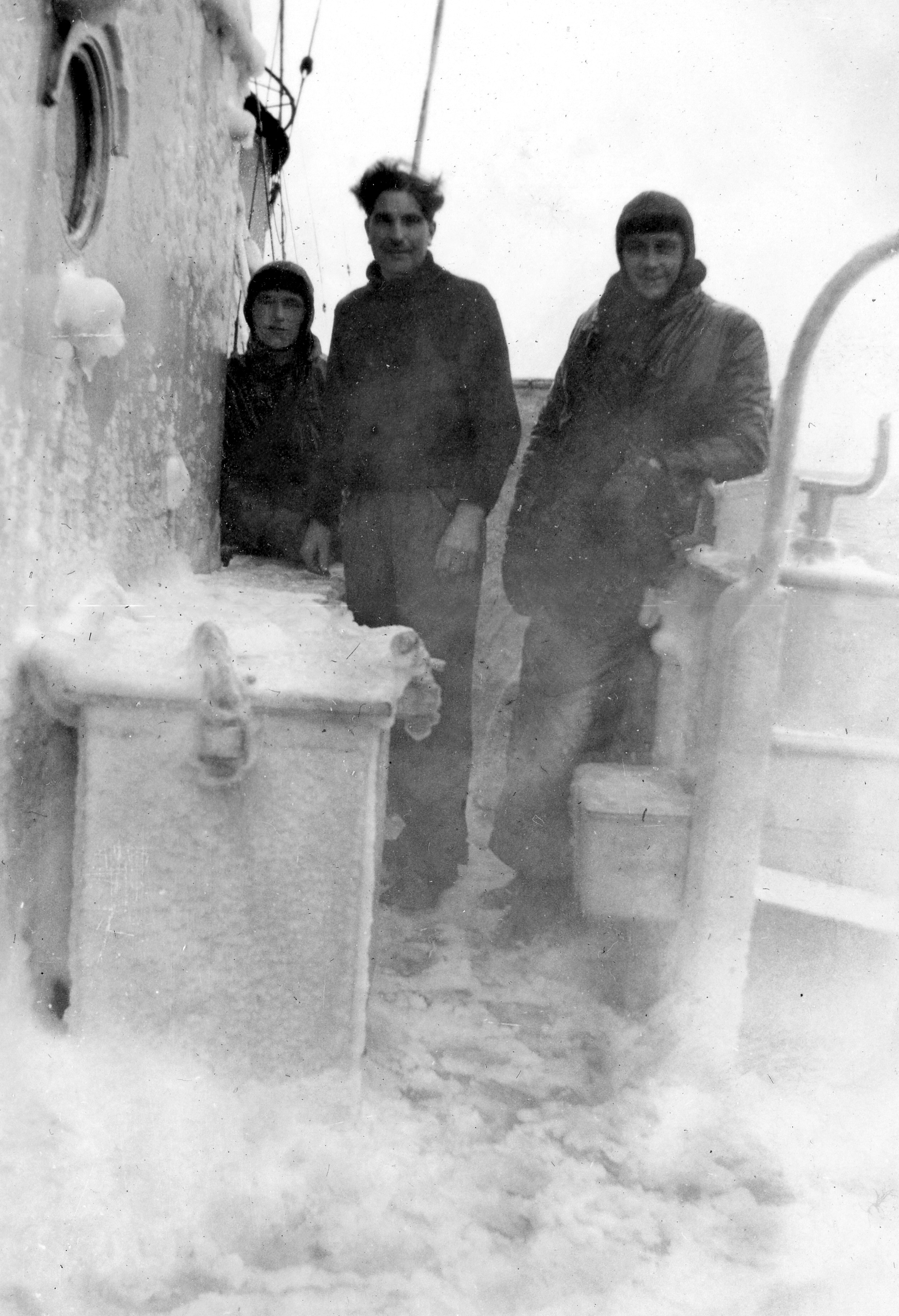 Fish on the deck of HMS Fame, possibly after a depth charge fishing expedition? 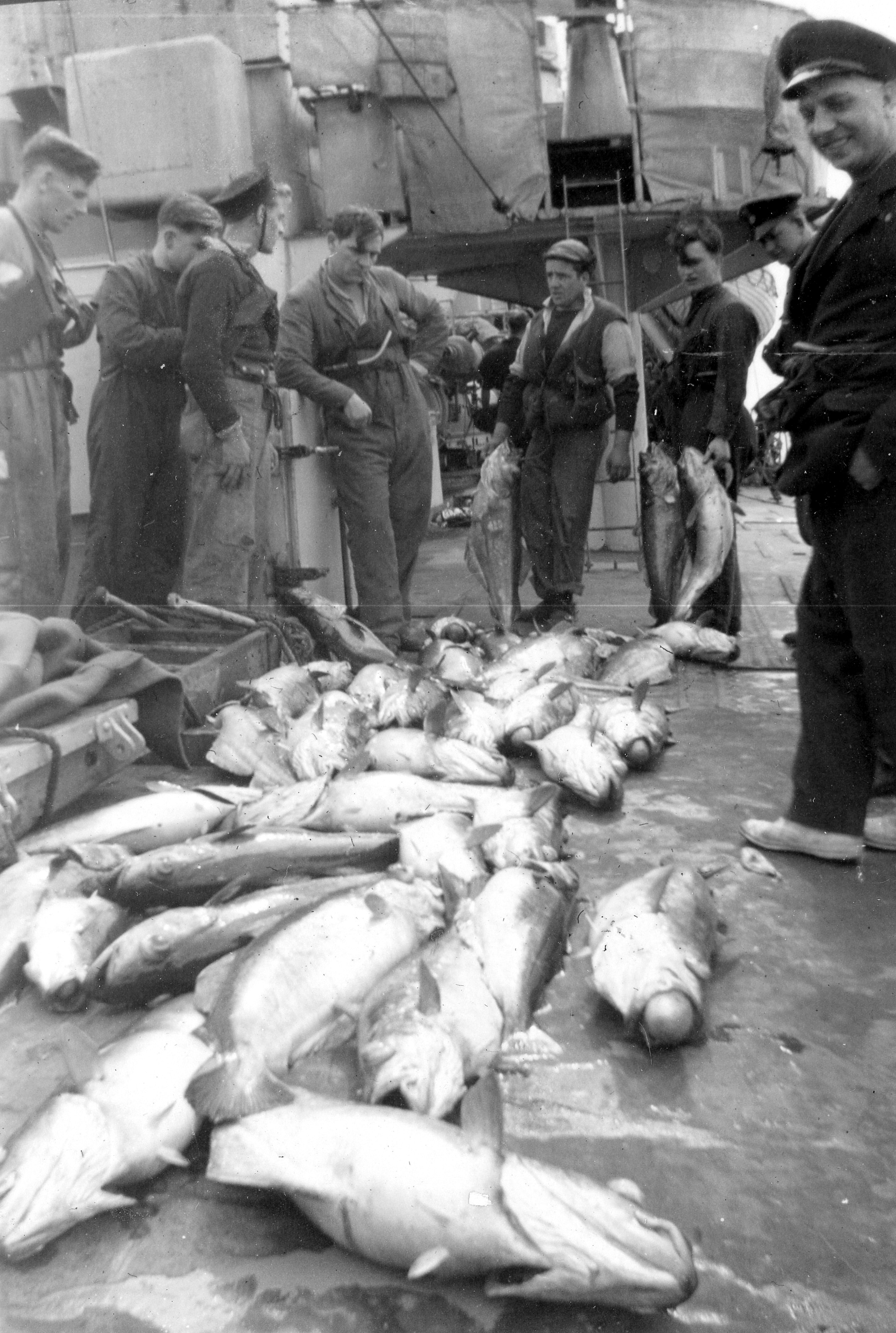 Iced up Fame, north Atlantic. (EDIT 12 March 2021 – this photo was used as a postcard, where it is identified as St John’s, New Year 1942, please see here. Fame’s captain Cdr Heathcote took over as senior officer of Convoy ONS 154 which departed Liverpool 18 December 1942 and lost 13 freighters and the French crewed HMS Fidelity with the loss of 546 souls and one U-boat destroyed with the loss of 46 crew killed) 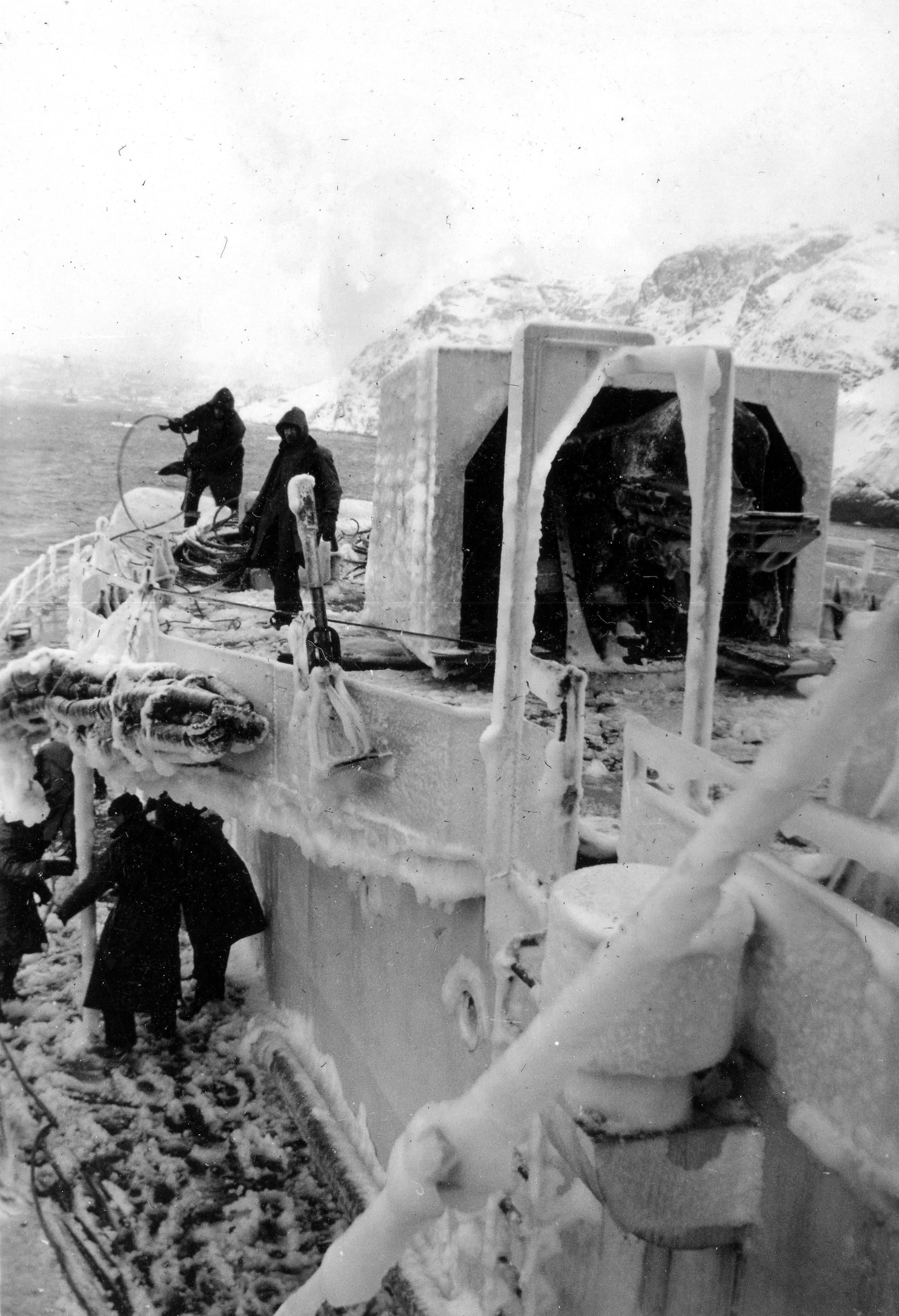 Two links;
This will take you to the first photo of some of the crew of HMS Fame which I found after the death of my mother.
And this link will take you to a page about Ted ‘Shiner’ Wright who recognised himself in the above photo and got in touch.