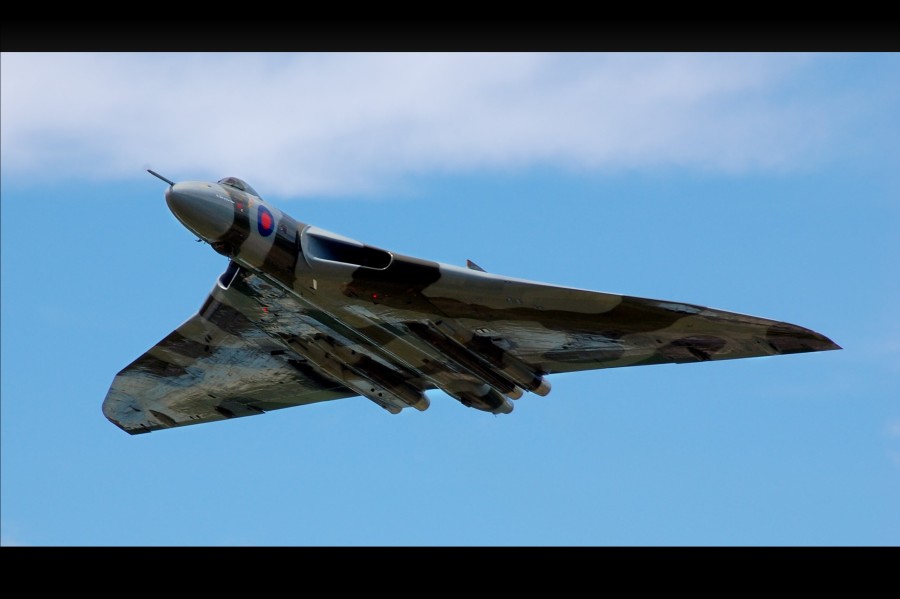 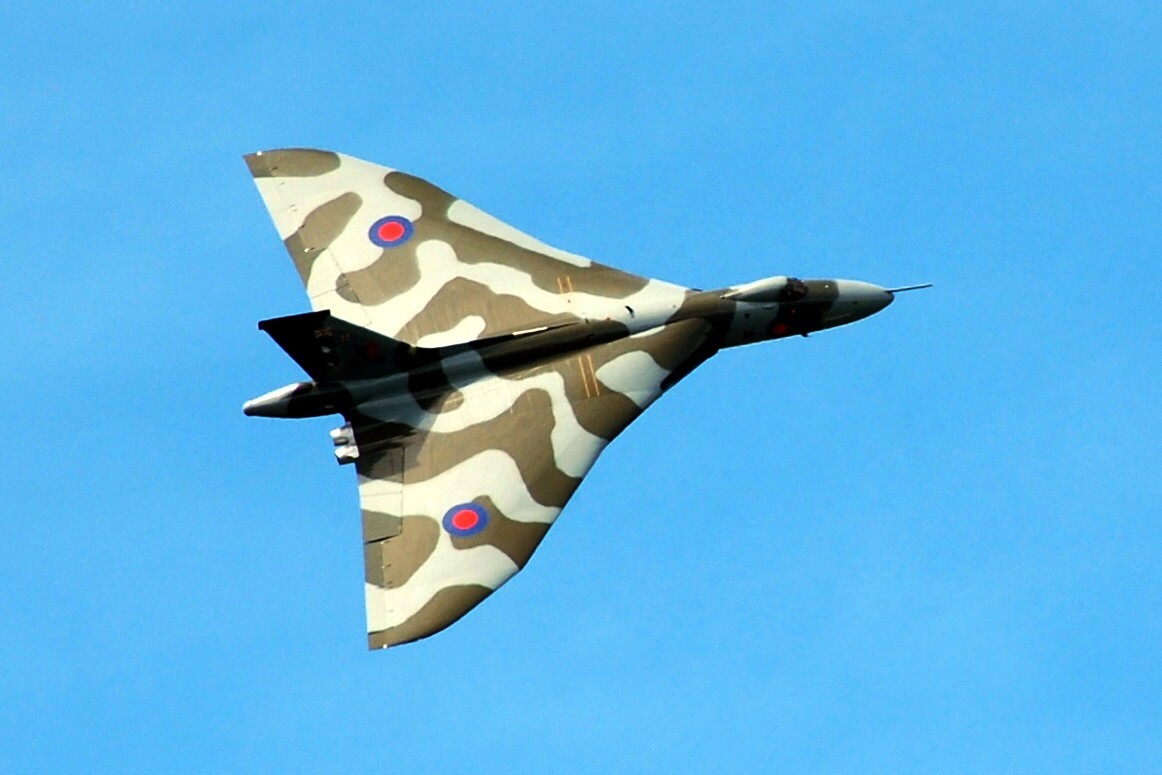 This is the bomb bay of another Vulcan, XM655 which is maintained in ground running condition at Wellesbourne Mountford airfield. 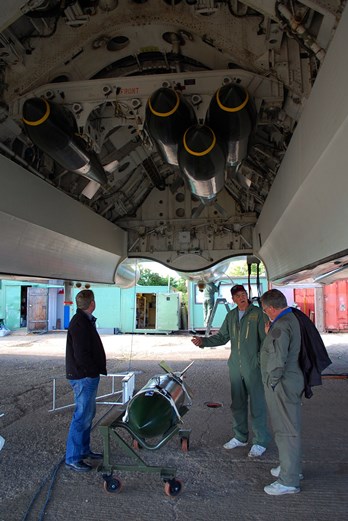 The red cap here covers the bomb release button. In the event of nuclear war, the crews would have dropped a Blue Danube fission bomb (or later a Yellow Sunrise) before returning to base. Though of course, in all proabability there would have been nothing for them to return to. 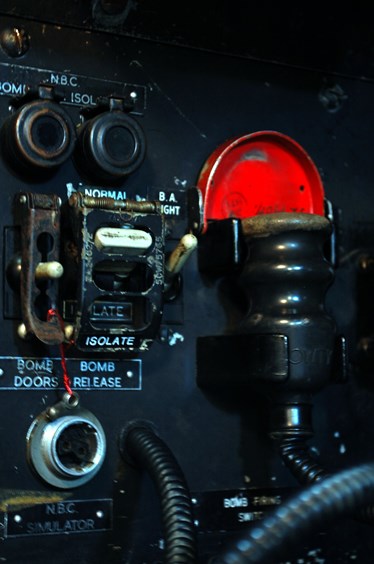 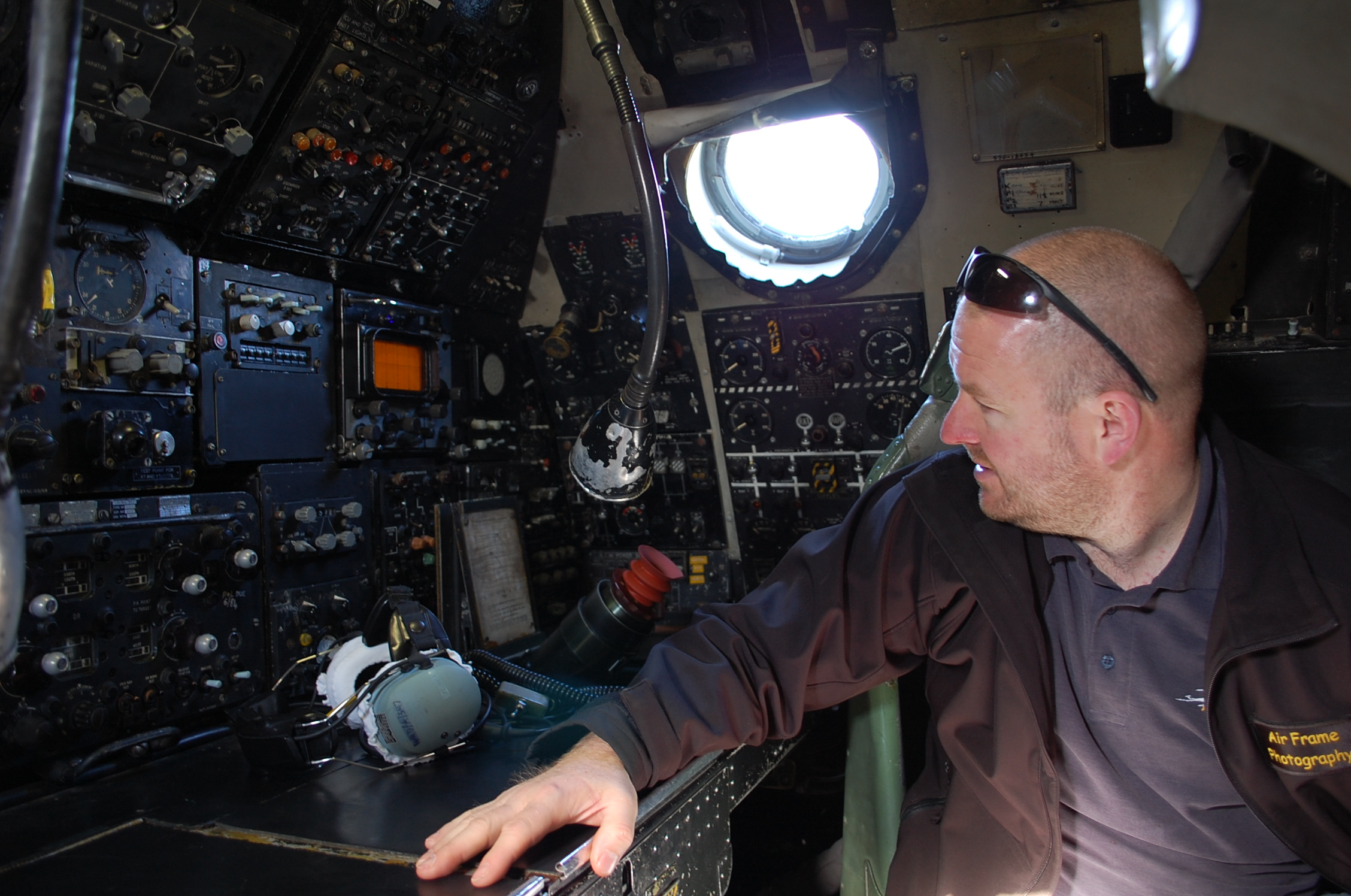 Looking up from the rear crew positions to the pilot and co-pilots seats. Only they had ejector seats – the other crew members would have had to take their chances baling out in an emergency. In the early days, the orders for a pilot flying over Eastern Europe and attacking with nuclear weapons would include wearing an eyepatch. This was because the flashes from bombs going off all around could have blinded them, so a patch would keep one eye good at least. 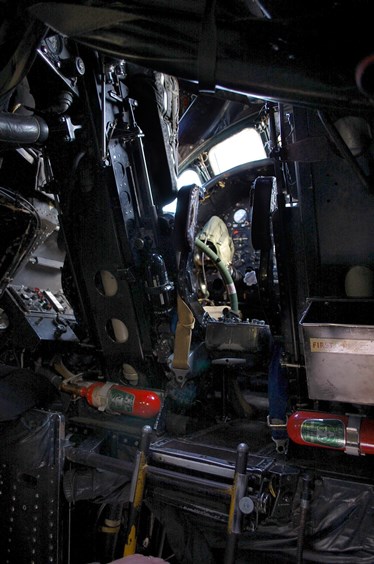 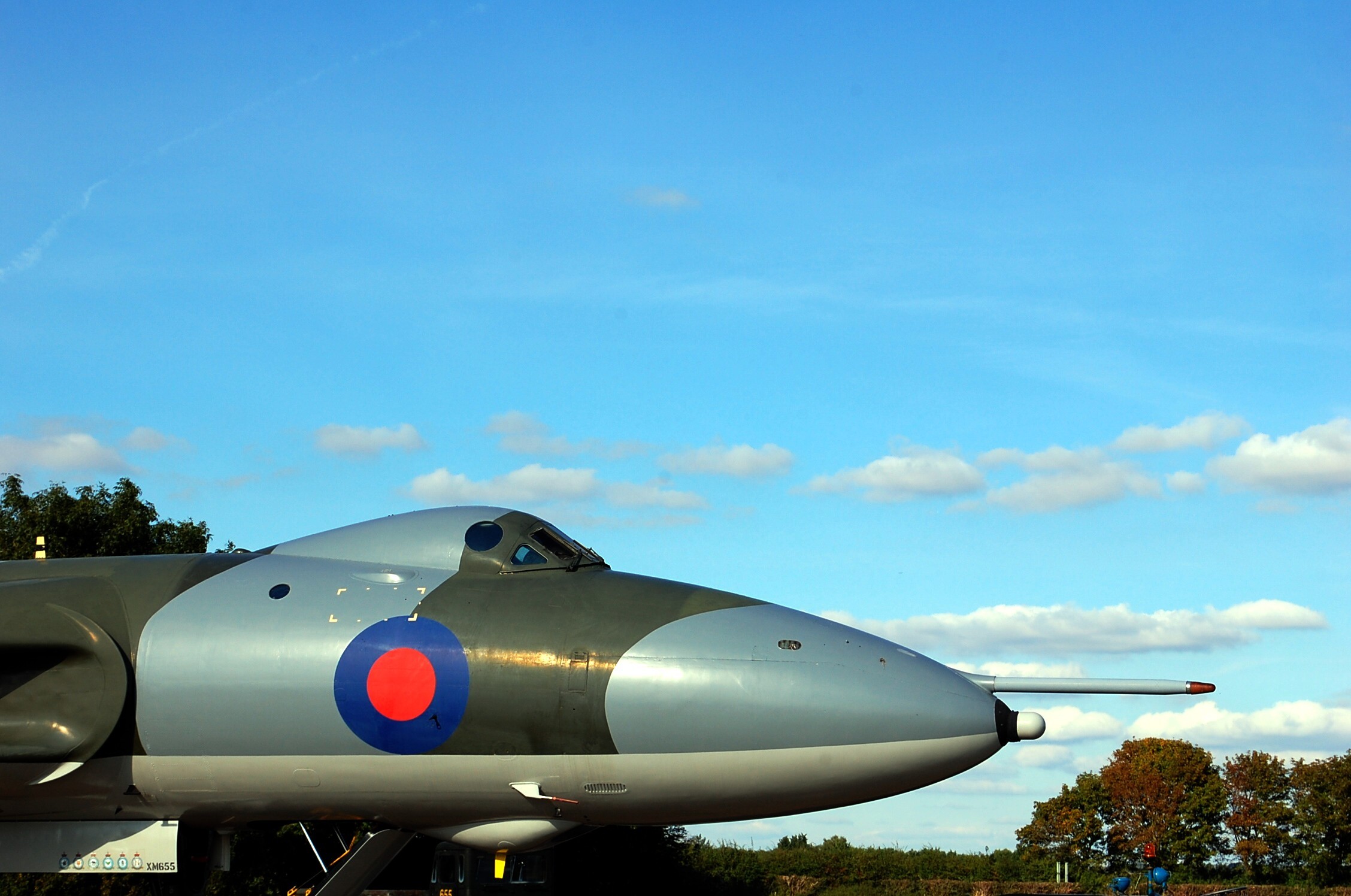