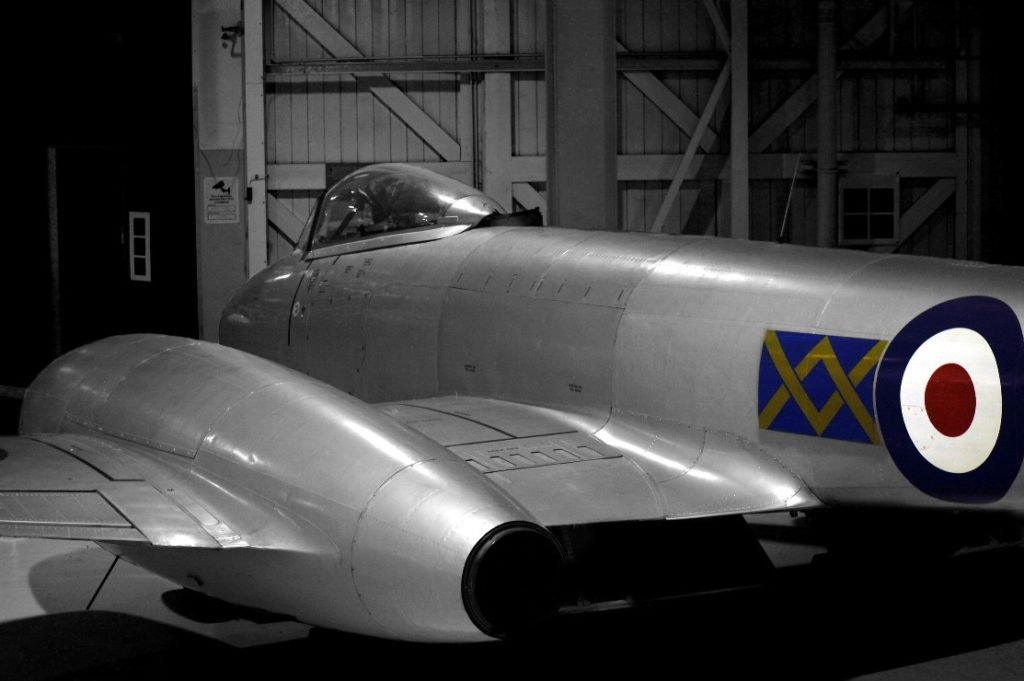 Gloster Meteors began to replace some RAF squadrons’ Spitfires in 1944, around the same time as the Luftwaffe started operations with their Me262 jet fighters. However, the Luftwaffe built and flew far more jets than the RAF.