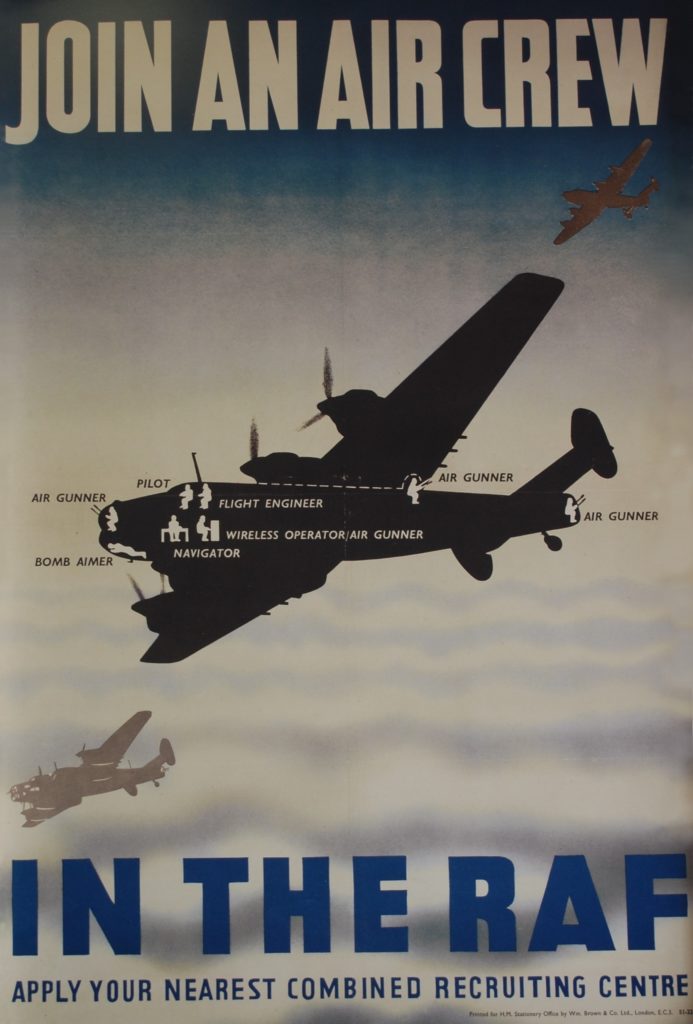 I reckon this is a Halifax bomber, probably a Mark 2 Series 1, which would mean this poster was produced late in 1942?

The tour for an airman was 30 operations. He might have to fly say 3 nights a week over the course of 10 weeks. The average losses every night throughout the war were about 5%, so each night he had a 1 in 20 chance of being killed. That changed throughout the war though, and at times 12% of aircrews that left England each night did not return.

So the chances of a young man looking up at this poster in 1942 and joining a crew and actually surviving all 30 operations and returning home…. were about one in seven. What is really remarkable is that he would know that and still join up nonetheless. A unique generation.