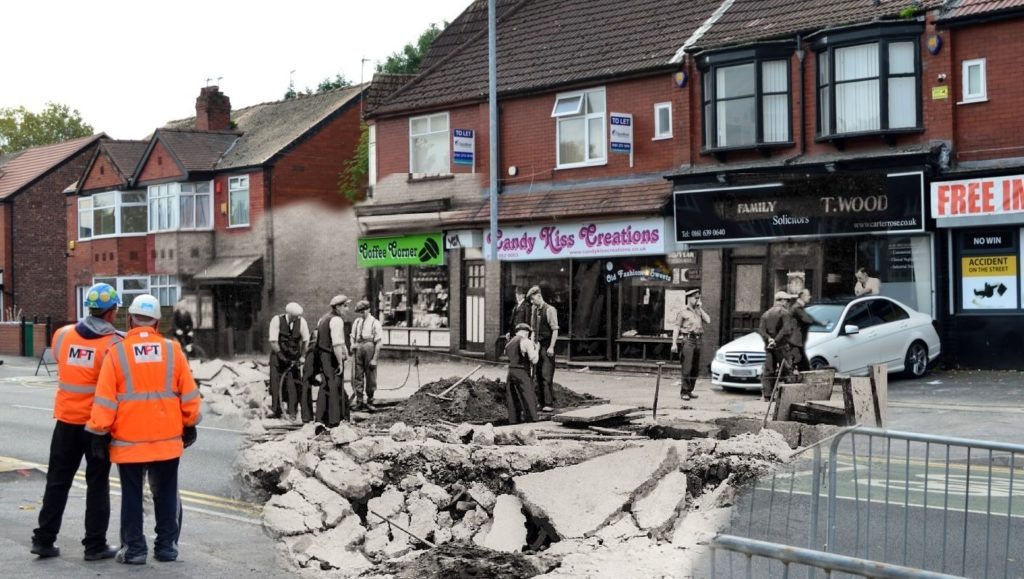 Nell Lane, Chorlton, Then and Now.

On the night of the 3rd / 4th September 1940, a Luftwaffe air raid on Manchester left a gas main fractured when a high explosive bomb fell on Nell Lane in Chorlton at the junction of Mauldeth Rd. Another bomb fell in the ginnel behind the houses and row of shops.

There were no casualties that night. Bombs also fell in the grounds behind Houghend Hall, and in Houghend Avenue, in Littler Avenue, off Maitland Avenue and a couple of HE bombs came down in Southern Cemetery.

A month later on 10 October, numerous incendiary bombs fell the length of Nell Lane, most of them coming down in the cemetery while a number also fell on Withington Hospital. 14 civilians died in the fires, or because of them in the days following the attack. Most of the dead were in Hulme.

When I visited in October 2014, construction workers were again on site.