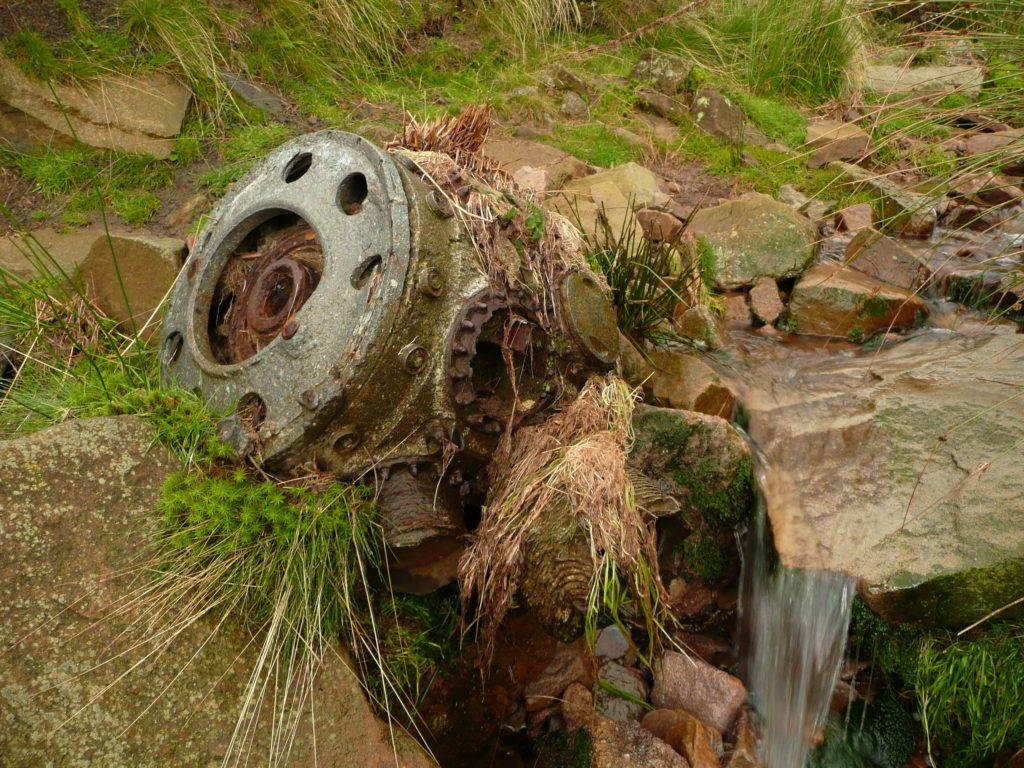 The Dakota crashed on Jamesâ€™s Thorn, just metres away from where Lancaster KB993 had crashed a couple of months earlier. All crew members were killed. Much of the wreckage was pushed down the hill and into Ashton Clough, so that passing aircraft would not report it as a new crash.

There is no path in Ashton Clough, and this site is easier to reach by climbing up to it than descending (as I did) from the B29 Superfortress crash site on Higher Shelf Stones.