Over Exposed on Bleaklow – night shoot 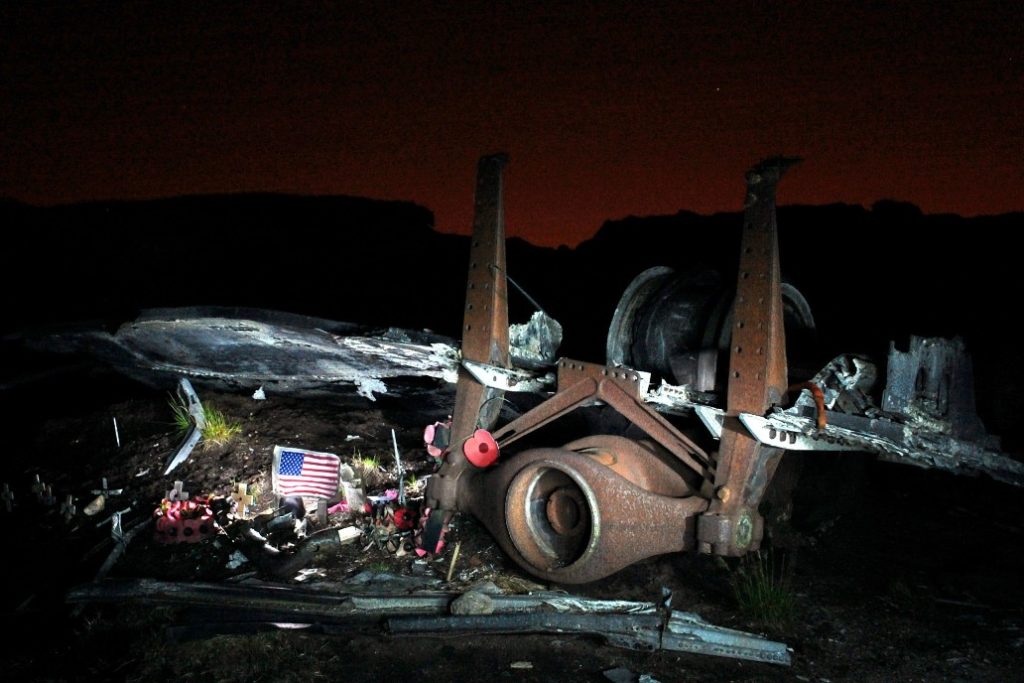 It was a slightly daunting idea, spending the night amid the wreckage of crashed American B29 "Over Exposed", alone and miles from the nearest other human being.

The wreck site is at grid reference SK 09042 94912 which is just to the West of the trig point on Higher Shelf Stones. It is about an hour’s walk there from the summit of Snake Pass.

25 comments on “Over Exposed on Bleaklow – night shoot”