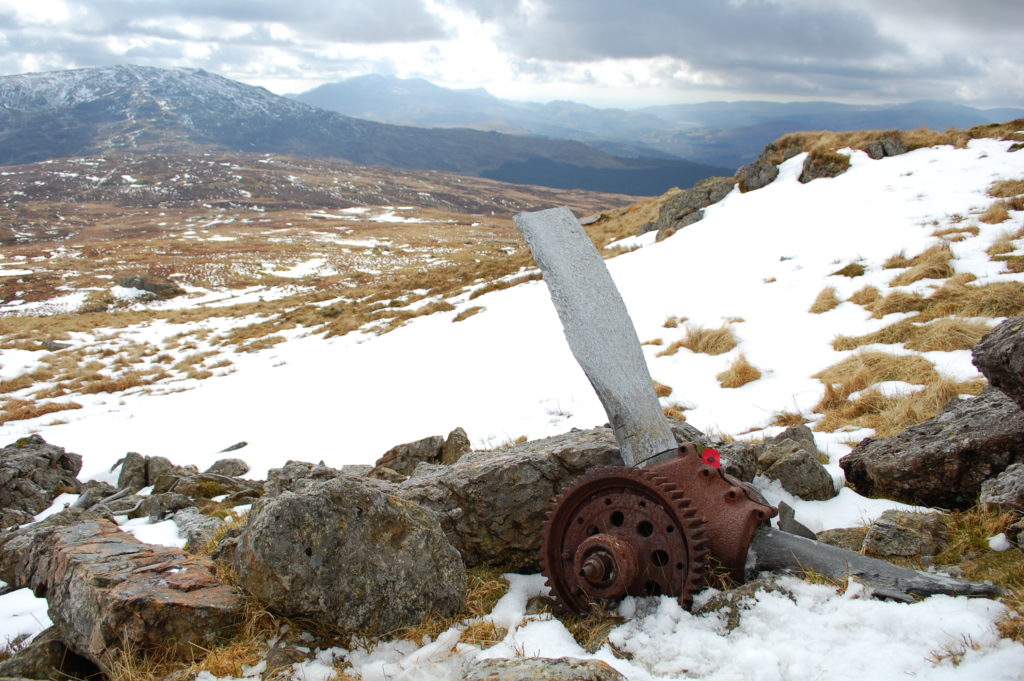 On 9th February 1944 Mosquito LR412 – a photo reconnaissance aircraft – crashed on the mountain of Aran Fawddwy in Snowdonia, Wales.

Both crewmen, pilot Flying Officer Marek Ostaja-Slonski (PAF) and navigator Flight Lieutenant Paul Riches DFC (RAF) were killed in the crash. They had been on a cross country exercise coupled with the testing of newly fitted flaps.

The cause of the crash remains unknown. It was five days after the crash before a hill farmer spotted and reported the missing aircraft.

The crewmen were buried together at Chessington in Surrey. Fl. Lt Riches was from Epsom in Surrey but F/O Ostaja-Slonski was of the Polish Air Force. It would appear his burial alongside his navigator was a touching gesture by the family of Fl. Lt Riches.

The two airmen, side by side in their Mosquito and buried together too. 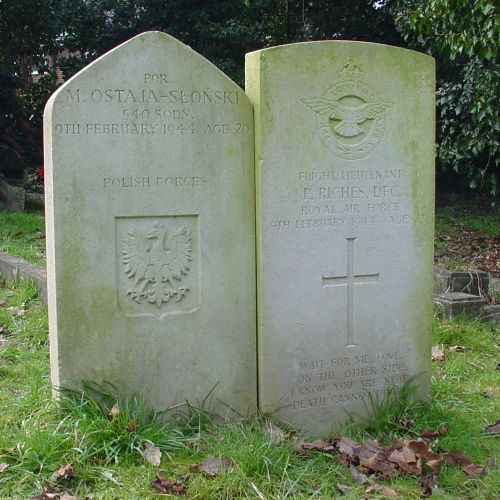 Photo from this site; kelvin.leadhoster.com/index.htm 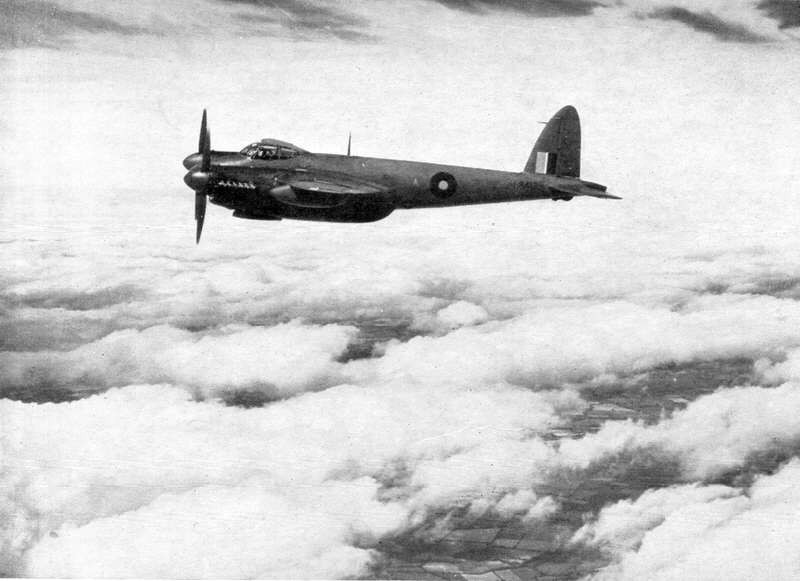 Photo from History of War; www.historyofwar.org/index.html

One of the Rolls Royce Merlin engines of LR412 forms an unofficial memorial to the crewmen. Embedded in concrete it is sited at the entrance to Esgair-Gawr Farm. Llanwrog Mountain Rescue Service brought the bodies of the two airman off the hills and along this road in the early hours of February 15th 1944. 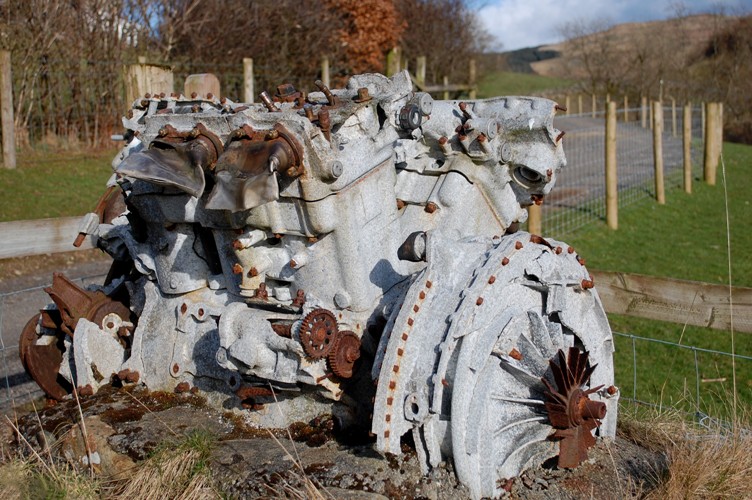 This short but sweet clip of twin engined Mosquitos and single engined Spitfires on Youtube is very realistic CGI by Japanese animator Tochy. Or see here for the real thing.