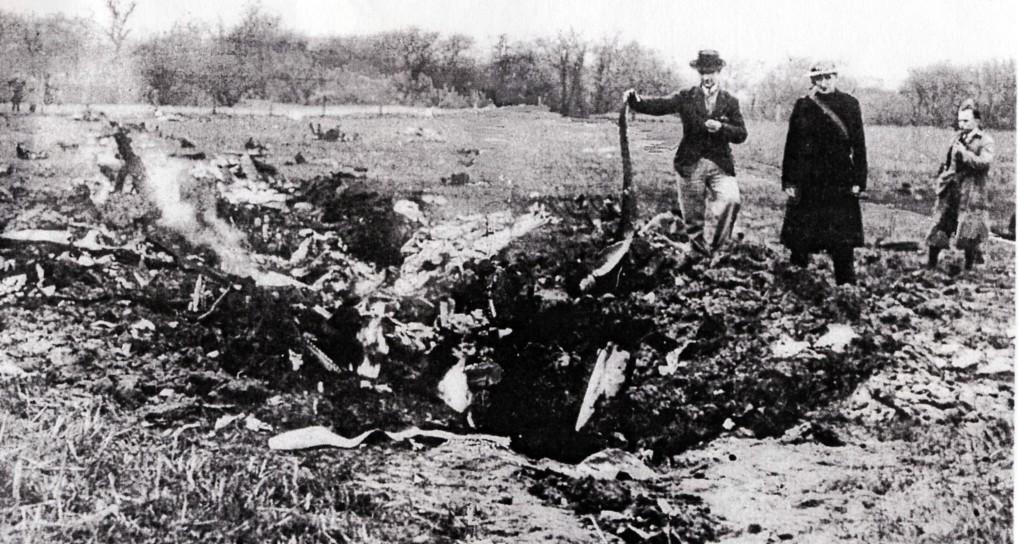 Crash site of a Heinkel bomber which was shot down during an air raid on Manchester, May 8th 1941. All crew members successfully baled out.

The Luftwaffe aircraft had lined up for the bombing run over Trafford Park* but was fired upon by a Boulton Paul Defiant night fighter of 256 Squadron after the Heinkel’s position had been given away by bursts of flak from AA guns on the ground. Luftwaffe pilot Oberleutnant Adolf Knorringer took evasive action, but Flight Lieutenant Deanesley stuck to his quarry and New Zealander, Flight Sergeant Jack Scott, who was sat in the Defiant’s turret, fired his 4 guns again at the bomber.

With its engines on fire the bomber was doomed, and the crew baled out, parachuted down and were taken prisoner. Witnesses such as the gentleman in the photo above, looking as though he just bagged it himself, described the aircraft on fire, tearing across the night sky before crashing in a ball of flame in a field near Stockport.

The scene as it is now. 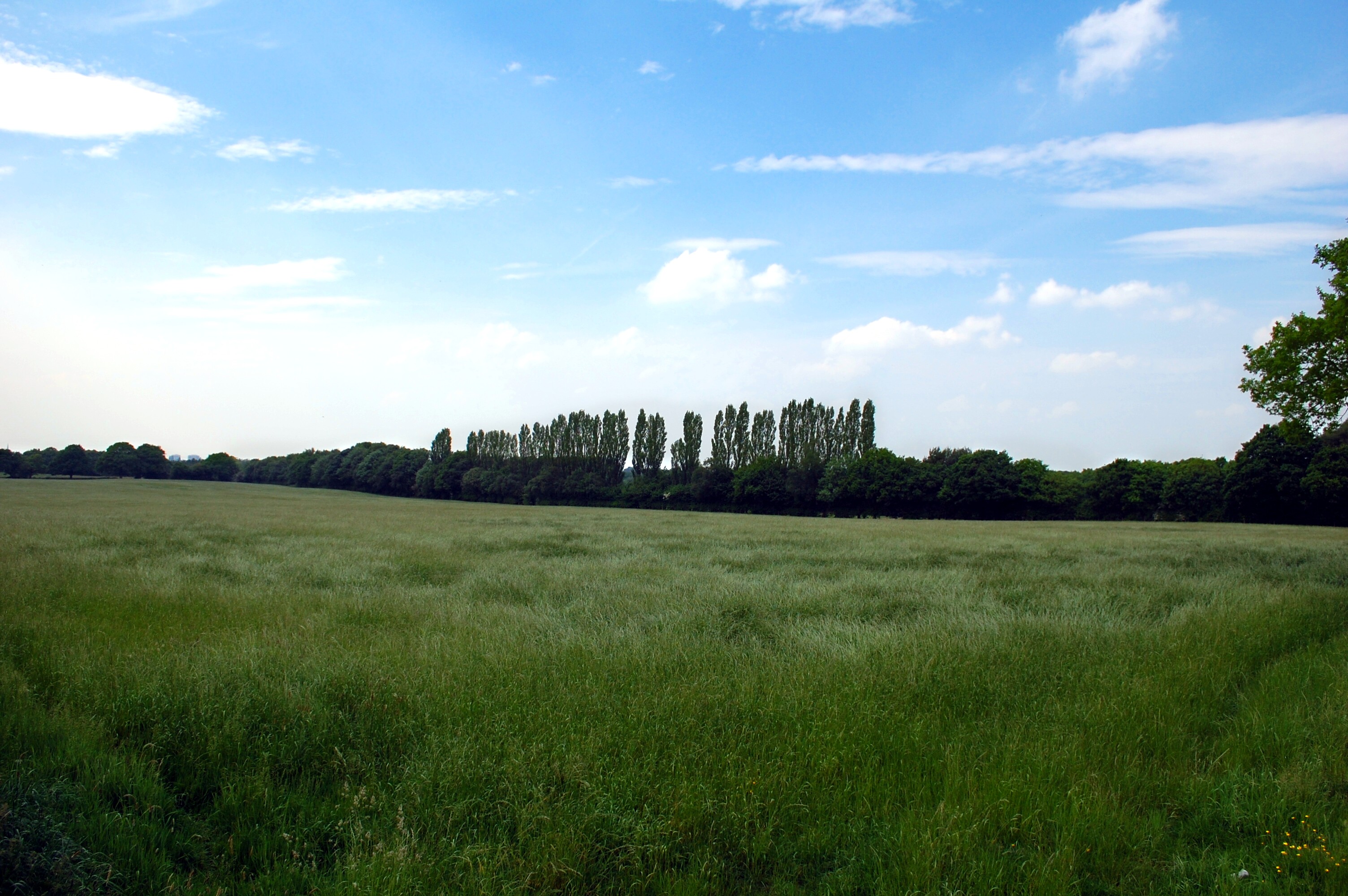 During the air raid of May 8th 1941, the Fairey Aviation factory at Heaton Chapel, Stockport, was a target. While some bombs hit their mark, 60 incendiary bombs landed here on the McVitie’s biscuit factory next door.
* More recent research (2013) suggests the incendiaries that fell here were dropped by this same He-111. 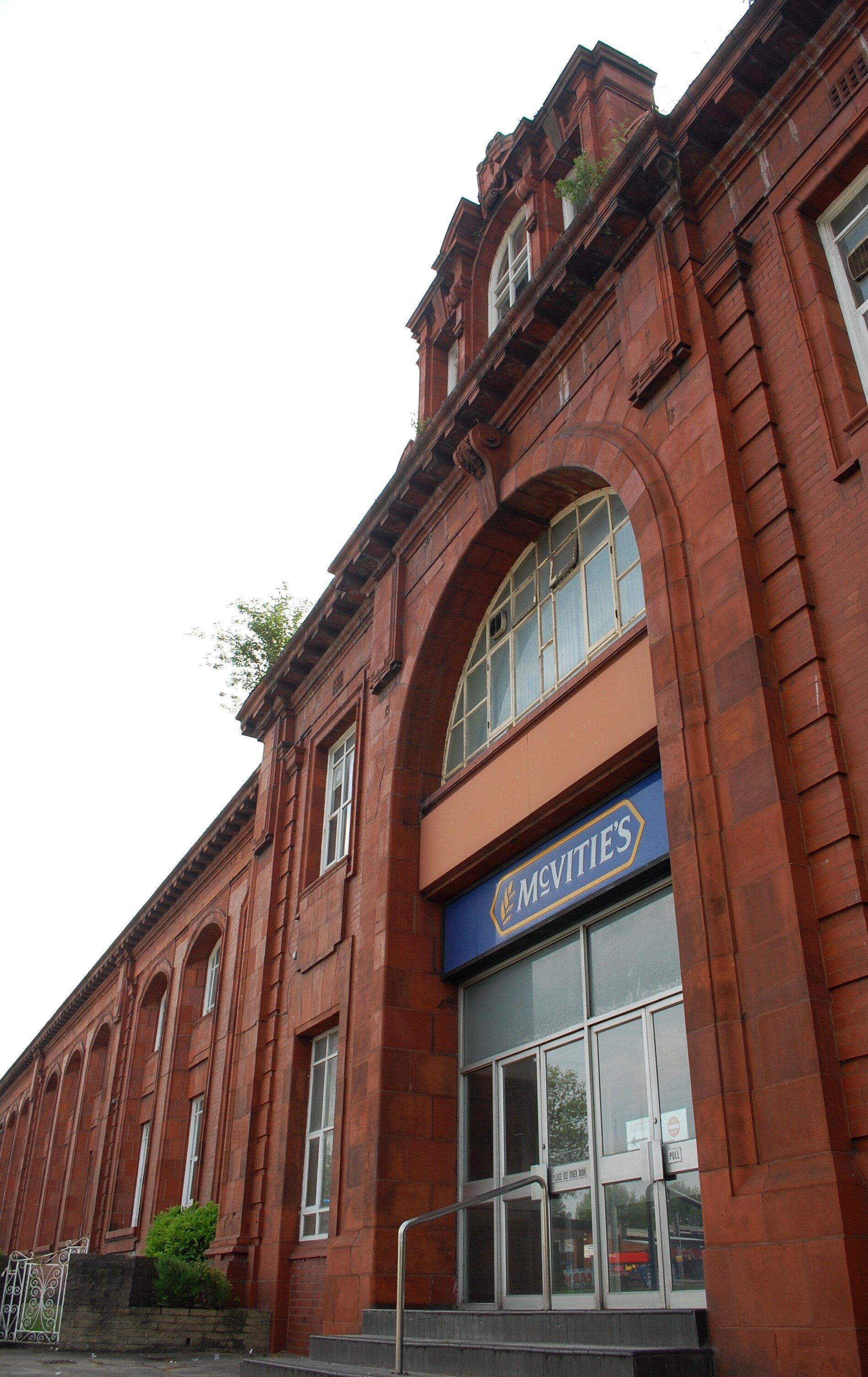 Another Luftwaffe bomber was shot down by a that night by a Boulton Paul Defiant, Ju-88 6213.