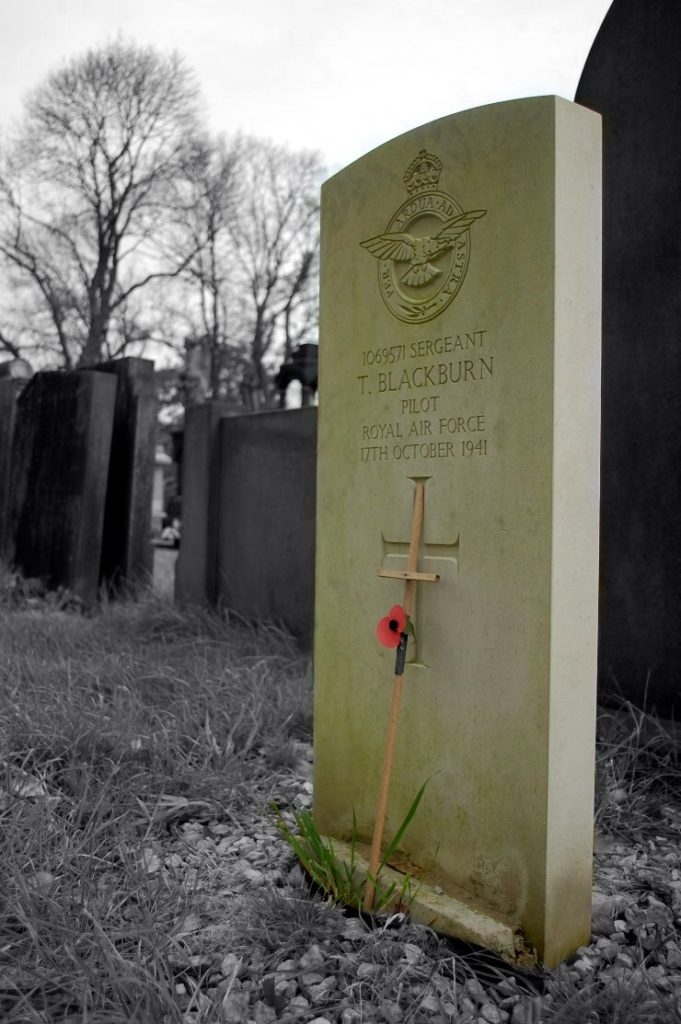 EDIT 29 SEPTEMBER 2017; Please see the 3 comments below by Sgt Thomas’ relatives in August and September 2017 who say the aerobatics story was not true. They have added far more detail than is provided in this main text.

I was put onto this crash site by Richard Tierney in 2010 (link to his photostream below).

He had mentioned his Mum telling the story of “a Spitfire that crashed into houses on Mornington Road, Bolton, sometime early in the war”.

Initial searches revealed nothing much. Richard had mentioned the pilot may have been buried in Astley Bridge Cemetary, and this was the best clue. A bit of checking around and the details emerged. The pilot was Sgt Thomas Blackburn, and he was killed on 17 October 1941 flying a Curtiss P40 Tomahawk.

Fortunately no-one on the ground was killed or seriously injured.

The Bolton Evening News reported that “Mrs Turner, an octogenarian, 50 Mornington Rd, had a miraculous escape. When the plane fell on her house she was sweeping a carpet in the back yard. She escaped with a face blackened by debris and slight shock. Her house is the worst affected, almost the entire back being torn out.”

Below; the backstreet crash site. The second house along was where the P40 struck (note the misssing chimney) demolishing the back of the house. 80 year old Mrs Turner was stood in this back yard at the time, but escaped with a blackened face and a bit of shock. 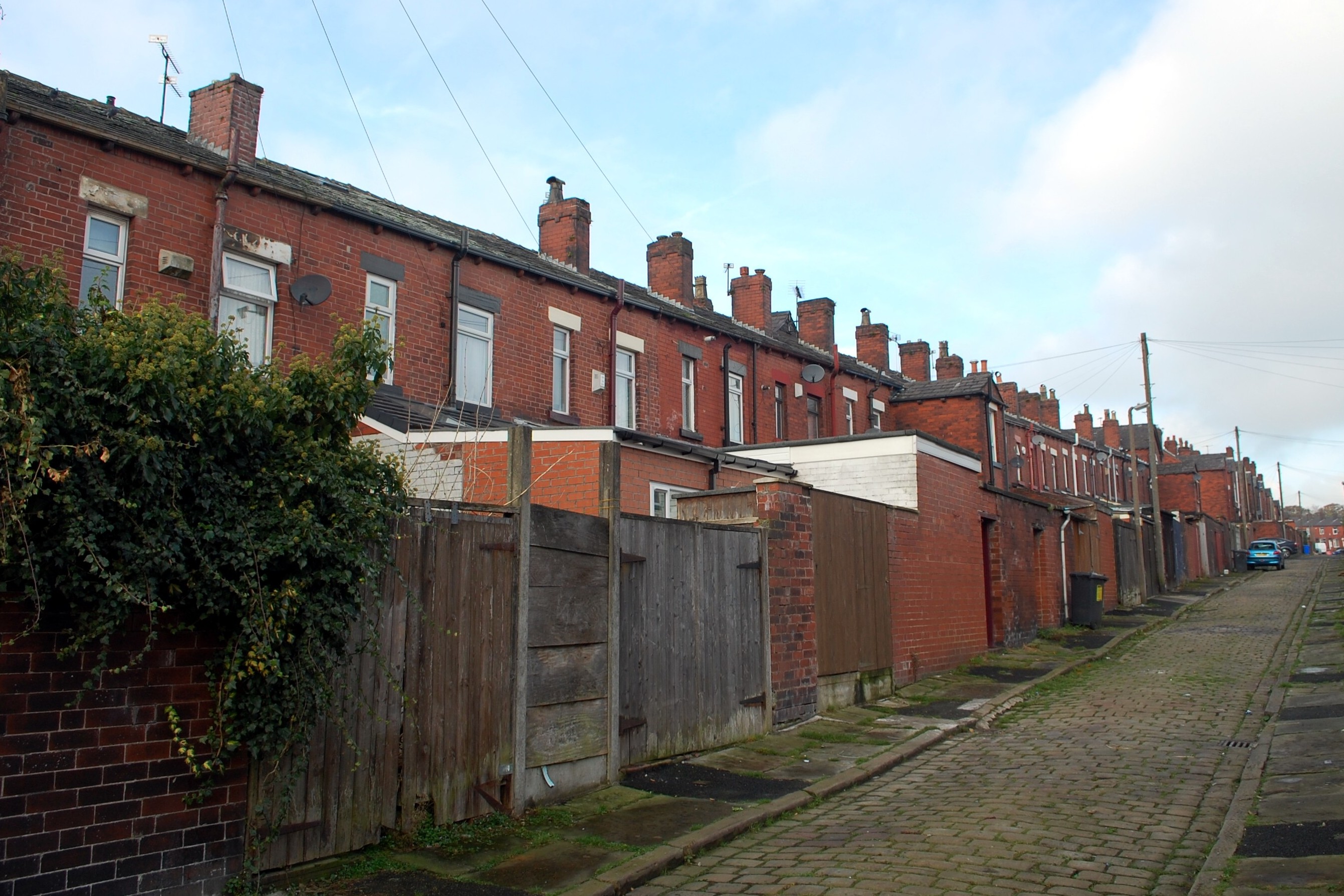 Not the best of images, tin helmeted ARP men dragging out the remains of the aircraft. Image from the Bolton Evening News, October 18 1941

There are only a couple of internet references to this crash, one saying the “aircraft stalled and dived into the ground whilst conducting aerobatics”. I found no-one in the area who remembered the crash, though the lady next door had moved in shortly afterwards and knew of it, as did one or two others. In popular memory – that is, three people independent of each other told me this story – the pilot had, as mentioned, been doing aerobatics, “showing off to his girlfriend who was watching below”.

The Bolton Evening News and Bolton Journal and Guardian at the time made no mention of aerobatics. And it wasn’t his girlfriend who was watching, but his wife of two years, Doris. Although she knew he intended to fly over the town, Doris did not know it was her husband at the helm of the aircraft she watched fall onto Mornington Road.

As for doing aerobatics overhead, the newspaper quotes witnesses at the time. The aircraft “rapidly lost height, but few imagined the pilot was in real trouble until, with a sudden roll, the plane dropped among the chimney pots…”

A delivery driver, a Mr James Dean of Kirkby Road, Bolton, was one of the first on the scene. The Bolton Evening News reported “He tried to release the pilot, and was continuing his efforts when the petrol tank blew up and started a fire. Dean’s boots were blown off and his hair singed. Nothing could be done for the man in the cockpit…”

Doris, still not knowing that the crashed plane was her husband’s, was that afternoon informed at her home by an RAF officer that he had been killed.

Sgt Blackburn served with RAF10 Squadron. The flight was with the Service Ferry Pool. 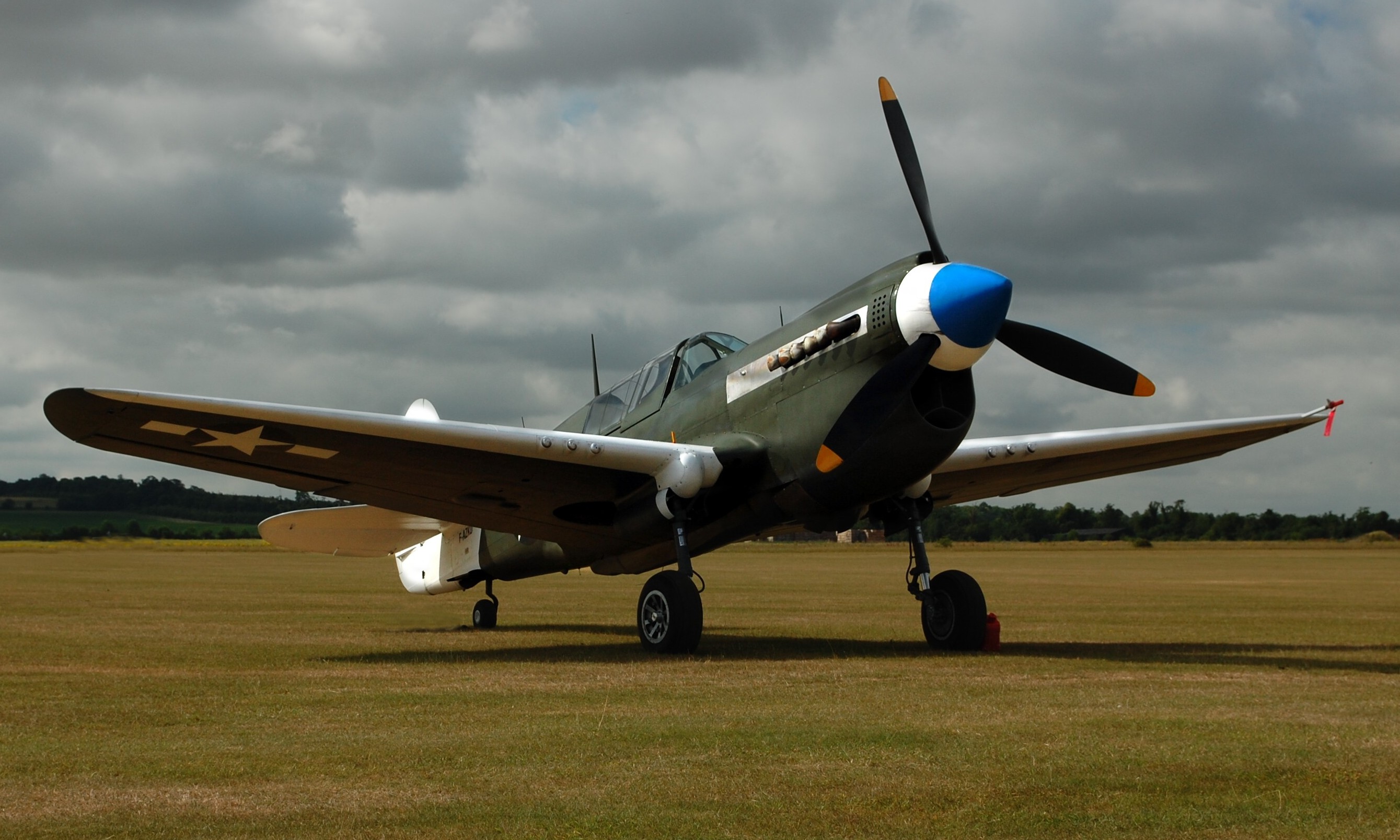 There’s an odd postscript to Mornington Road’s plane crash. 10 years later, the Fletcher family moved into number 9. Within two years, F/O Arthur Fletcher, serving with the RAuxAF, crashed into a hill near the village of Edgworth just 8 miles from his home while on exercise in a Gloster Meteor jet.