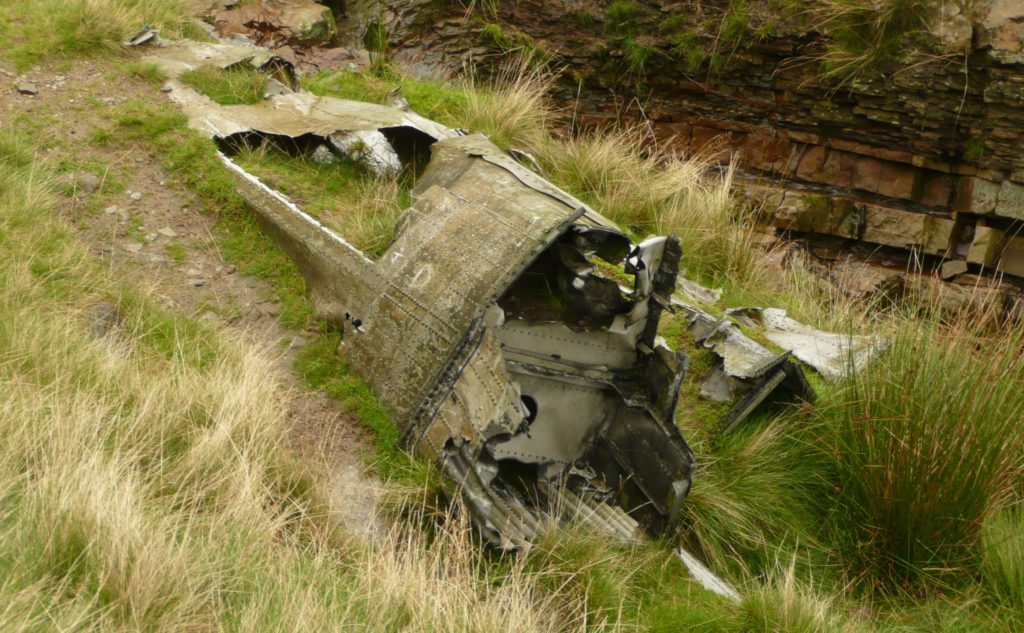 Came down on Western buttress of Bleaklow, Derbyshire, England, killing all 7 crew July 1945.

This bit of debris was previously believed to be part of the fuselage – see this thread on pistonheads where it can be seen that this is in fact the leading edge of the port wing.

The Dakota crashed on James Thorn, just metres away from where Lancaster KB993 had crashed a couple of months earlier. Much of the wreckage was pushed down the hill and into Ashton Clough, so that passing aircraft would not report it as a new crash.

Below; part of the undercarriage 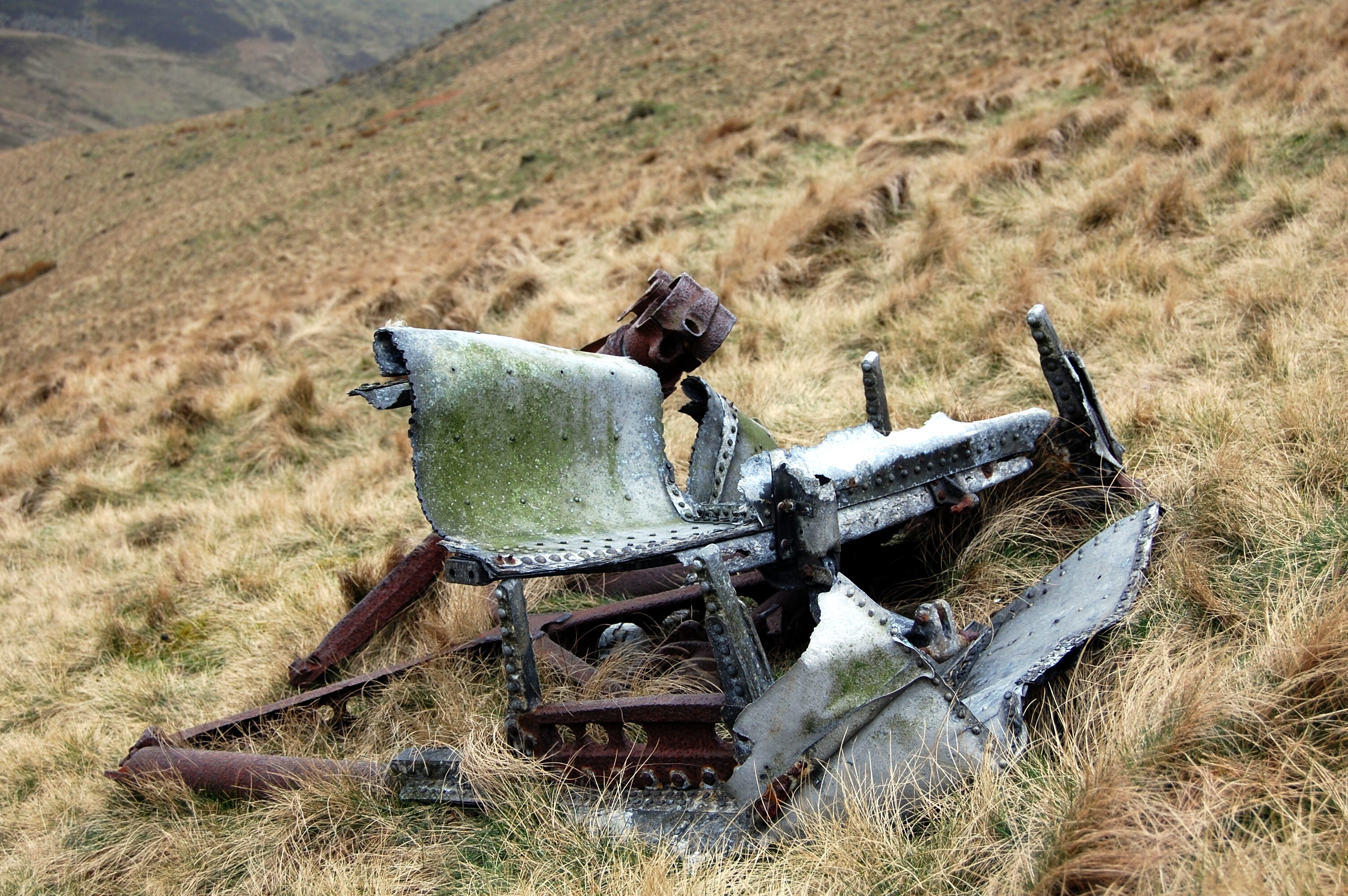 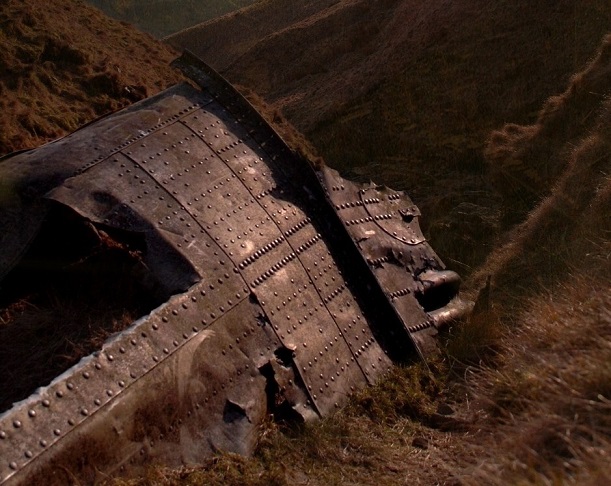 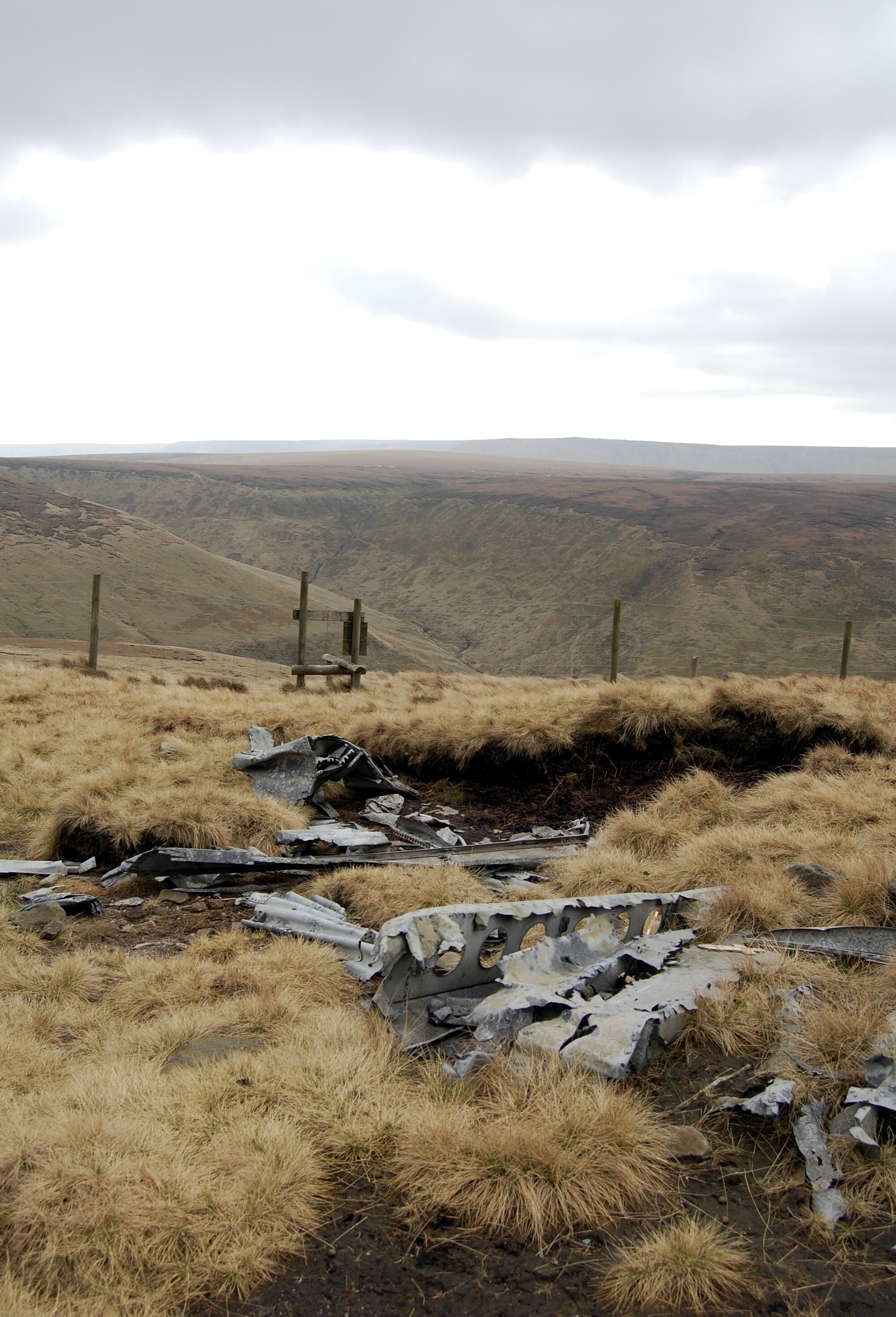 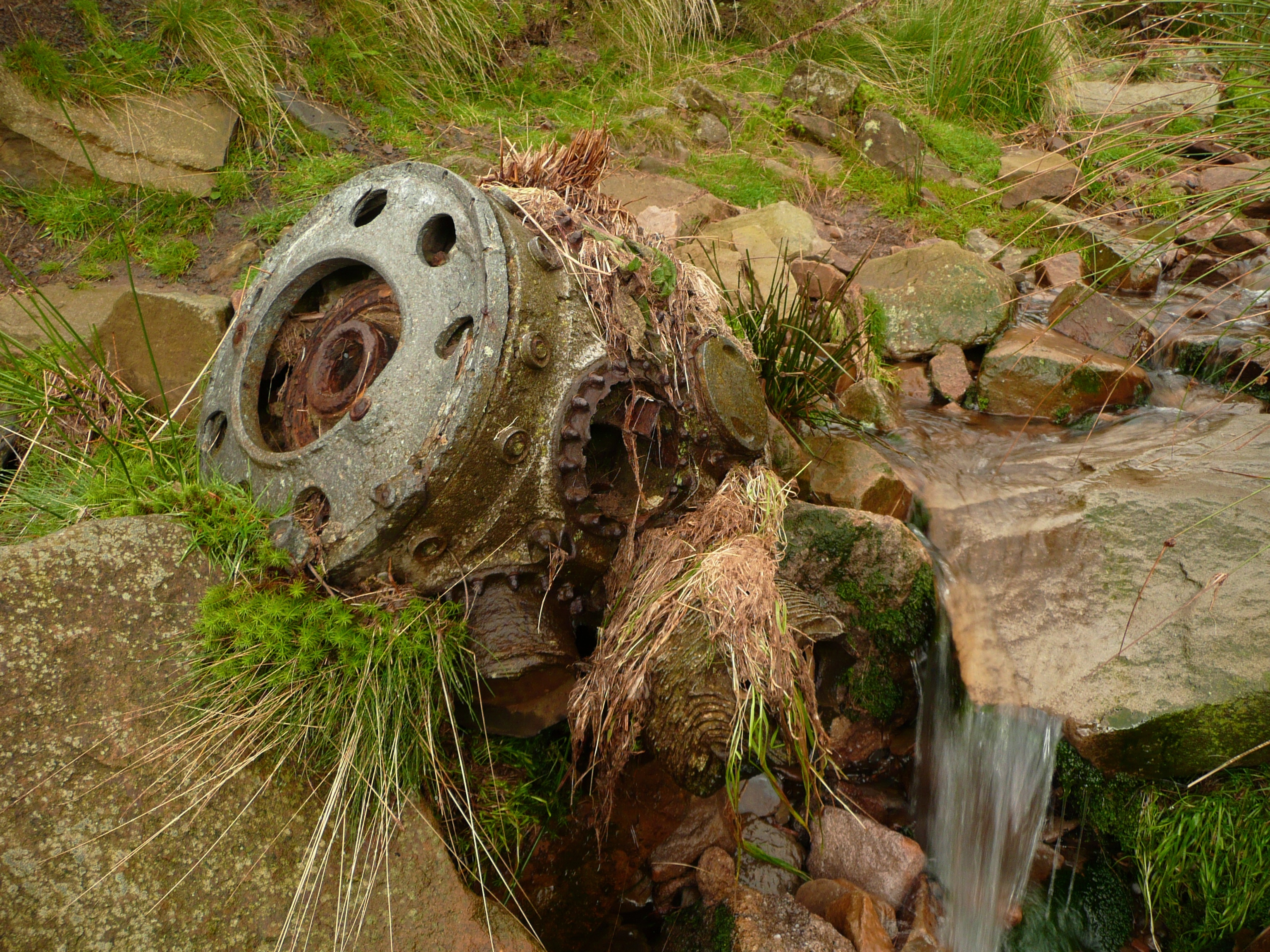