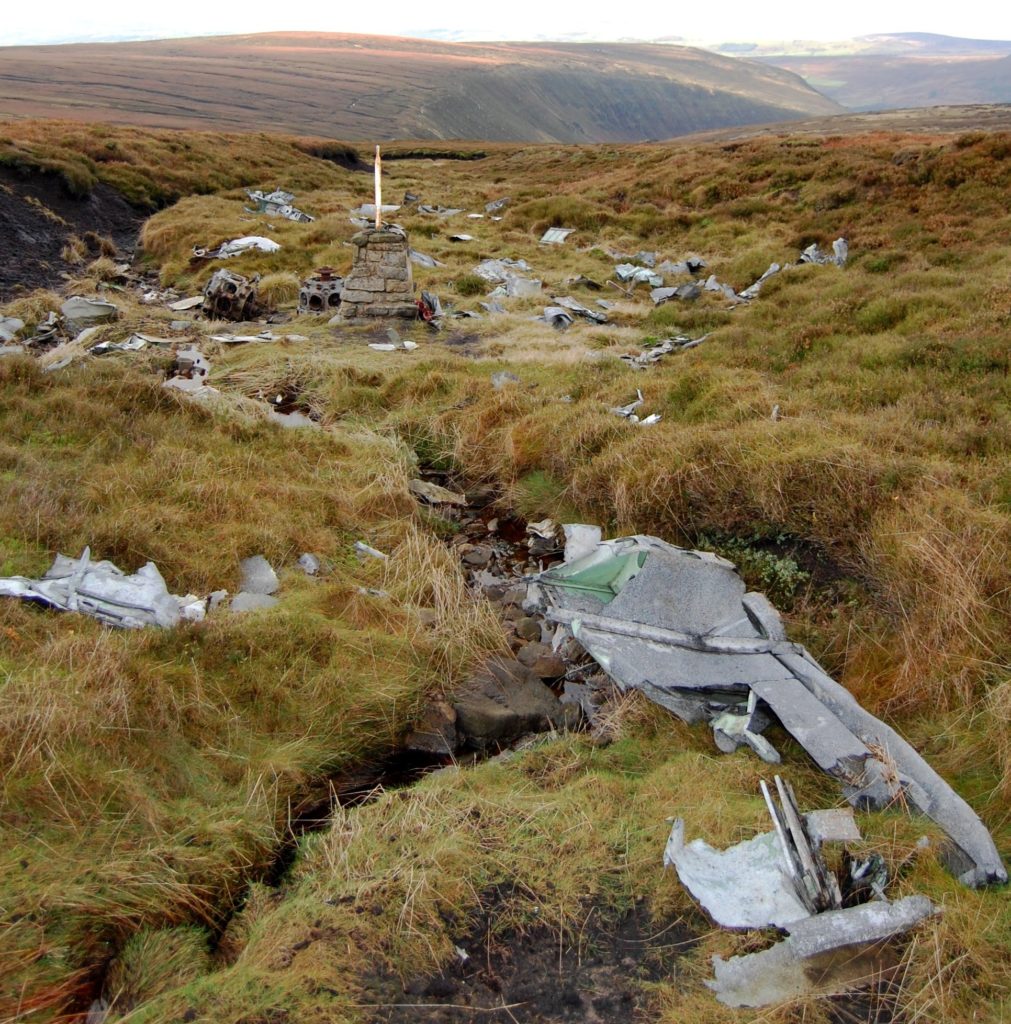 In Peakland Air Crashes – The North (2006), Pat Cunningham says the bodies of the airmen were found some distance back along the line of flight of the Blenheim, suggesting the men had baled out, but alas were too close to the ground to have chance to deploy their parachutes.