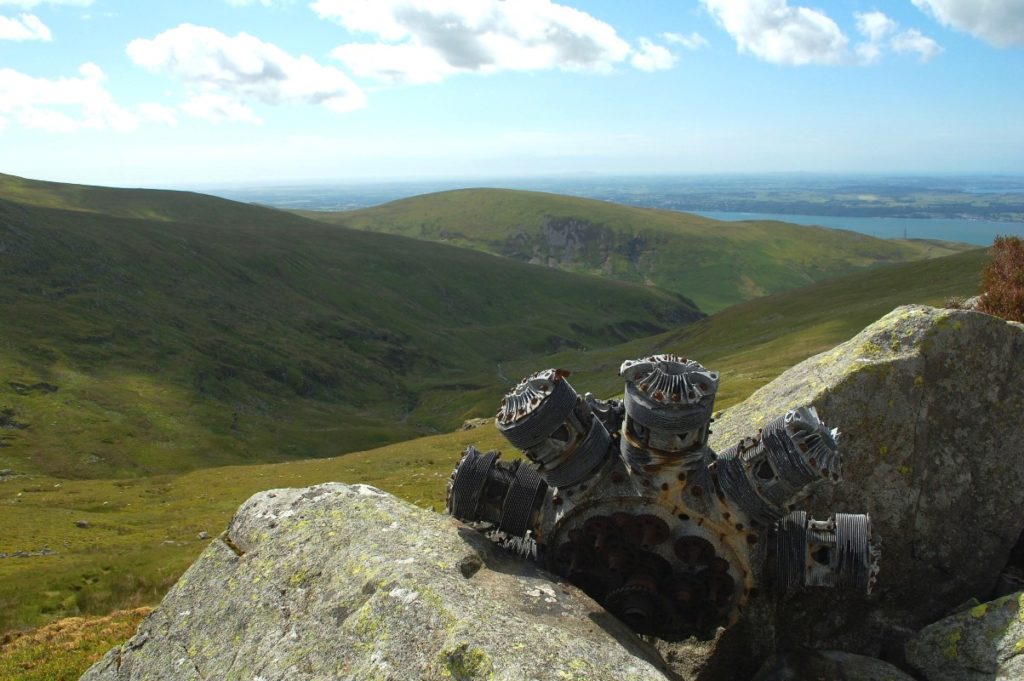 Botha L6202 was on a training flight when it flew into the Caneddau mountains in Wales, August 28 1943. Sgt Heppinstall was the pilot. The rest of the crew were learning the art of Wireless Operation. All on board were killed in the crash.

One of two engines from the Botha (the other is beside the stream in the valley below), this one is wedged tight in the rocks, blasted here by the explosion as the Botha struck the side of the mountain.