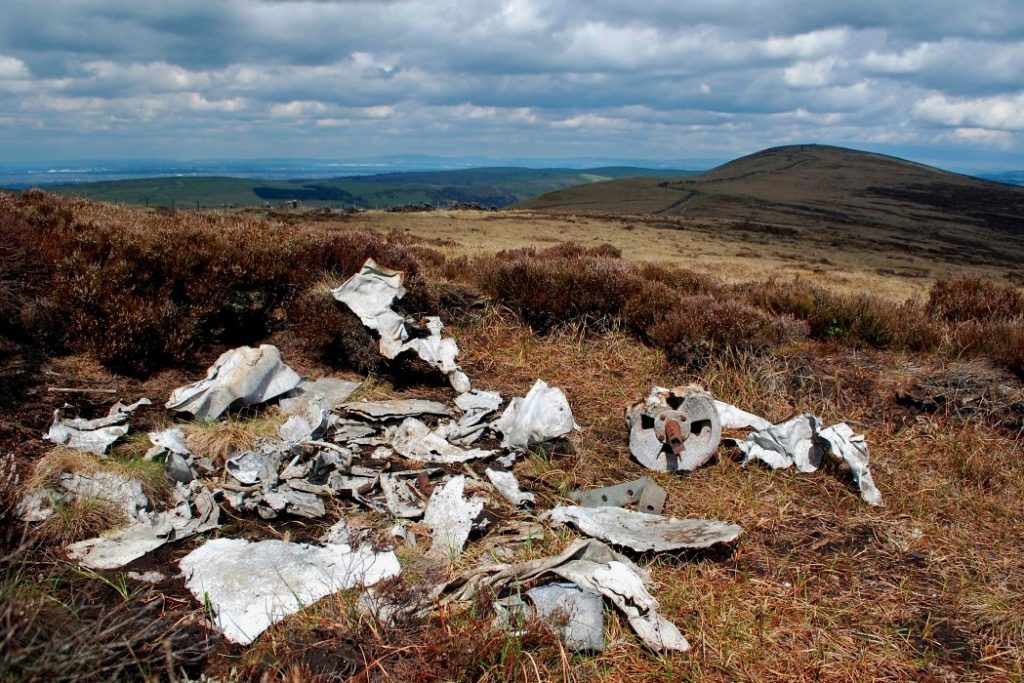 Oxford LX745 crashed near Shining Tor in the Peak District with the loss of all 3 crewmen. This was a training flight with a pupil pilot at the helm. He descended in low cloud believing he was over the base at RAF Calveley near Crewe. In fact the aircraft was off course due to a change in wind direction and was some 28 miles from base when it crashed on 12th March 1944.

Cunningham cites a local shepherd, a Mr Albert Heathcote, who said the bodies of the men were found sitting beside their crashed aircraft – they had survived the impact but died of exposure waiting for help to arrive (the aircraft not being found for some days after the crash). This detail about the crew is not recorded elsewhere to my knowledge, but that’s not to say the shepherd got it wrong.

fuel tank embedded in the ground. 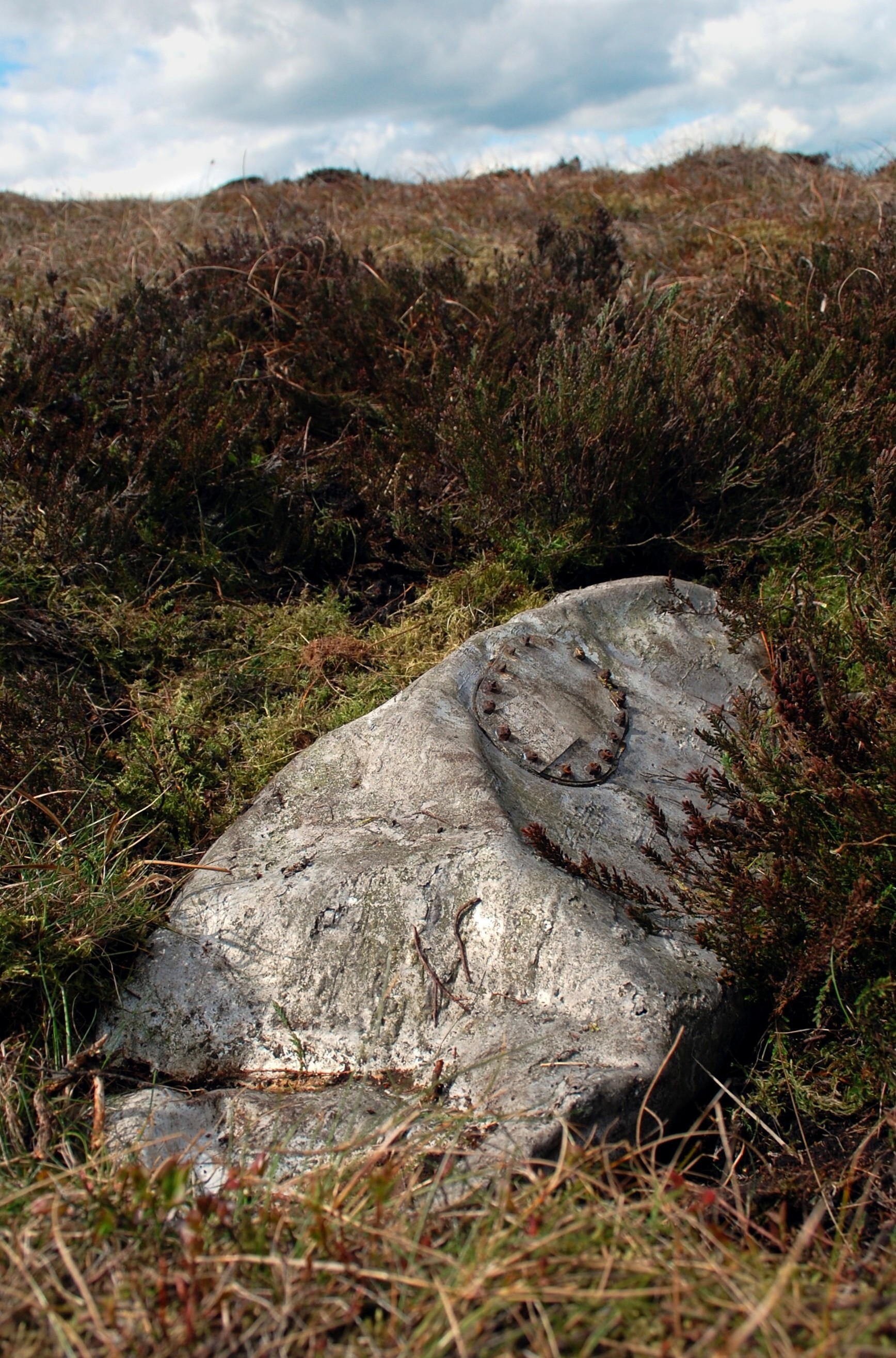 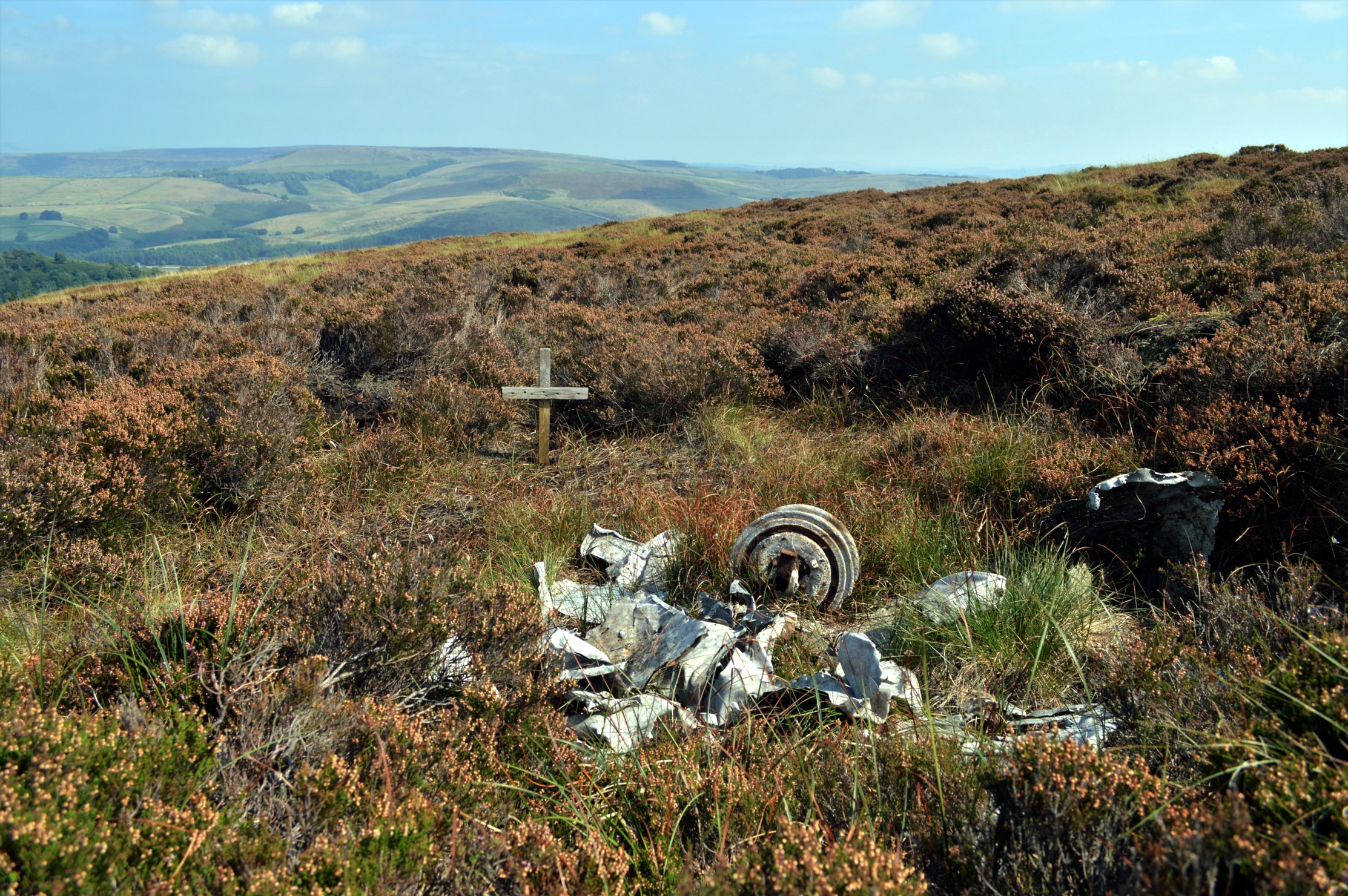 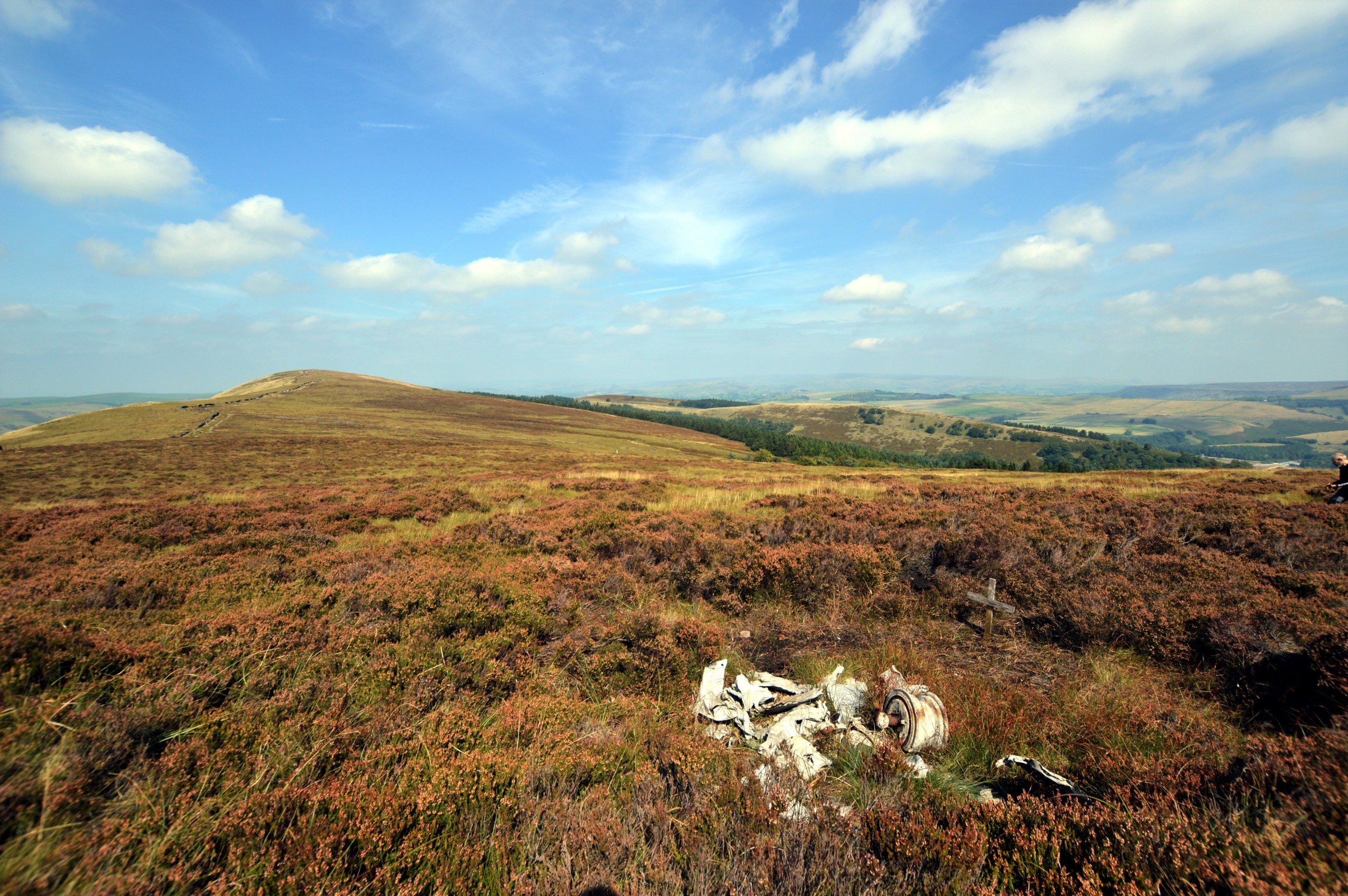 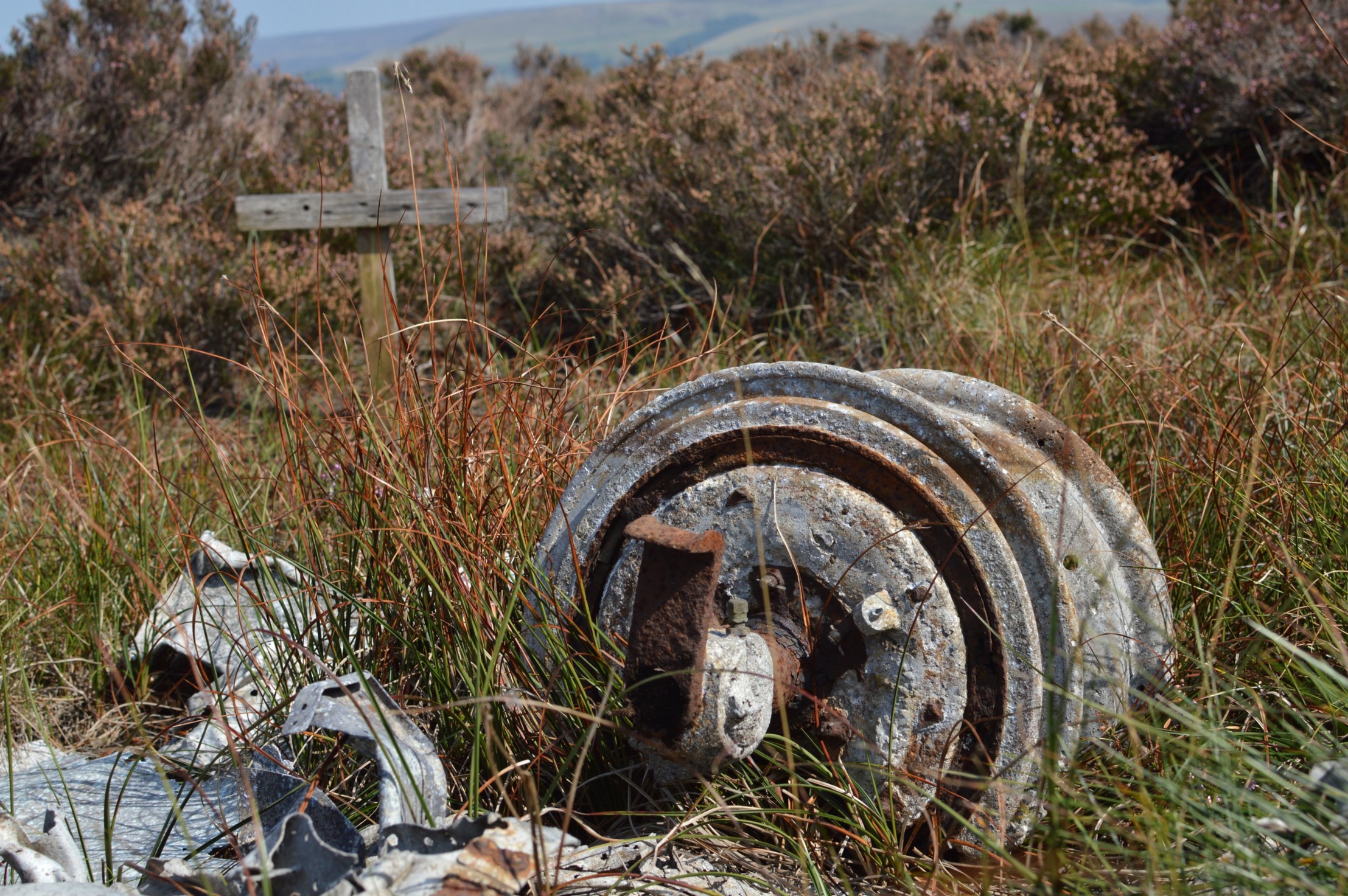 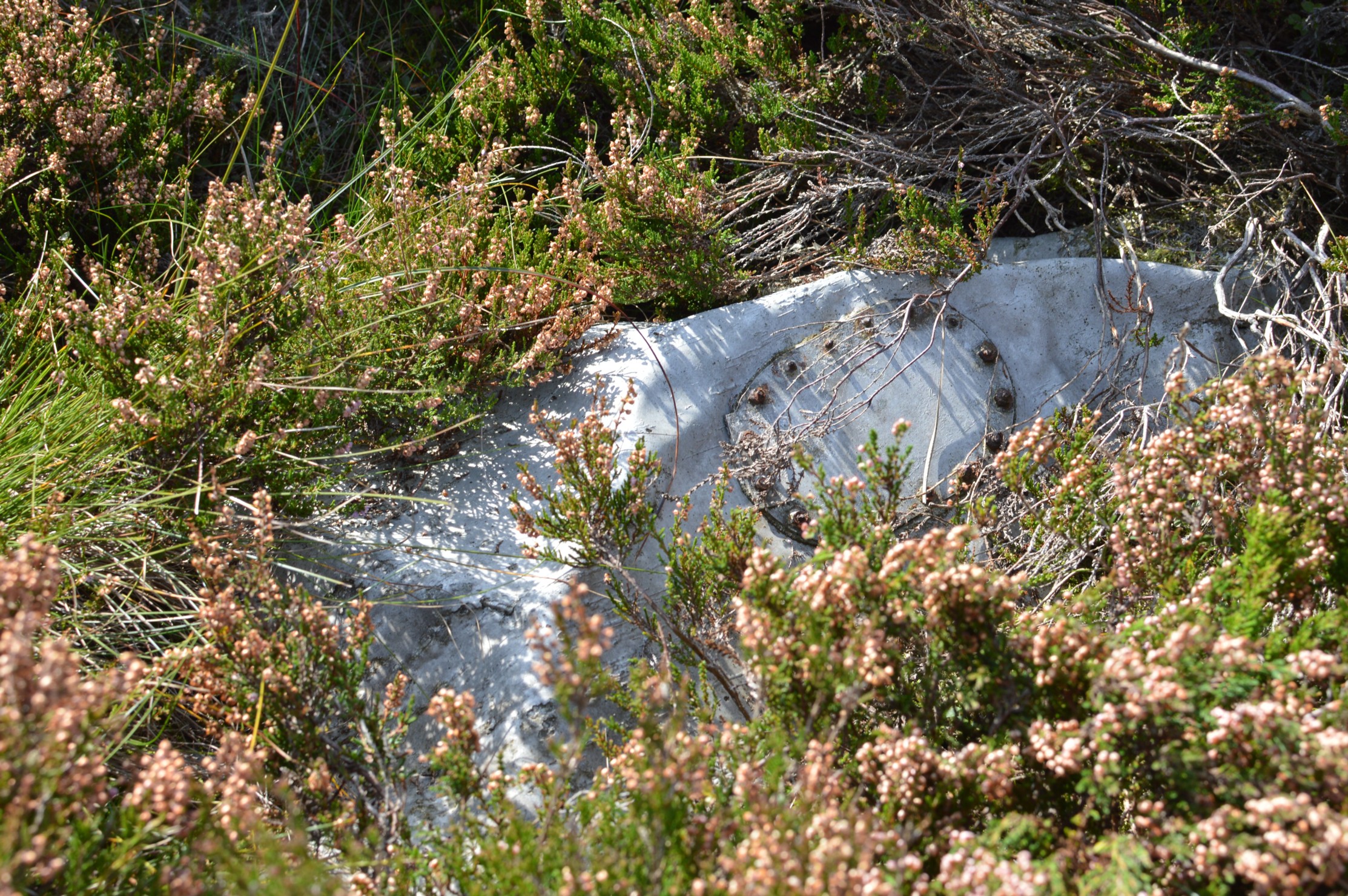