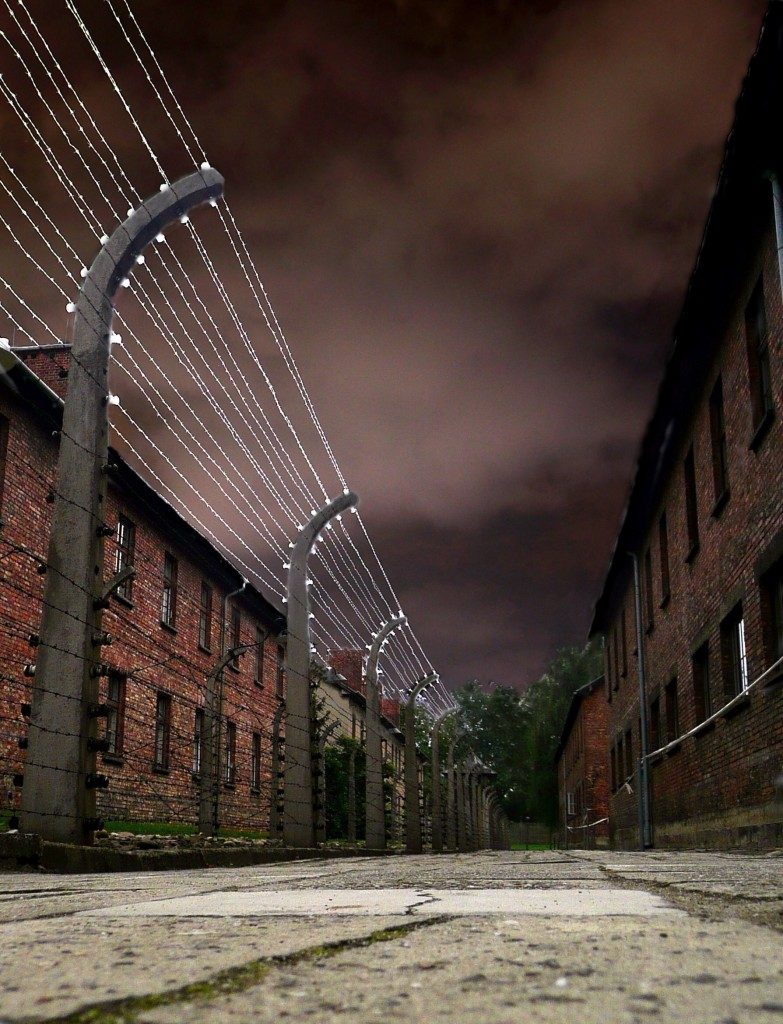 Photo uploaded to mark Holocaust Memorial Day 2013 which is on the anniversary of the liberation of Auschwitz concentration camp, January 27 1945.

We visited Auschwitz – Birkenau (which is west of Krakow in Poland) in September 2009 but I have never uploaded any photos from there before.

The dark sky is a negative of the original image.