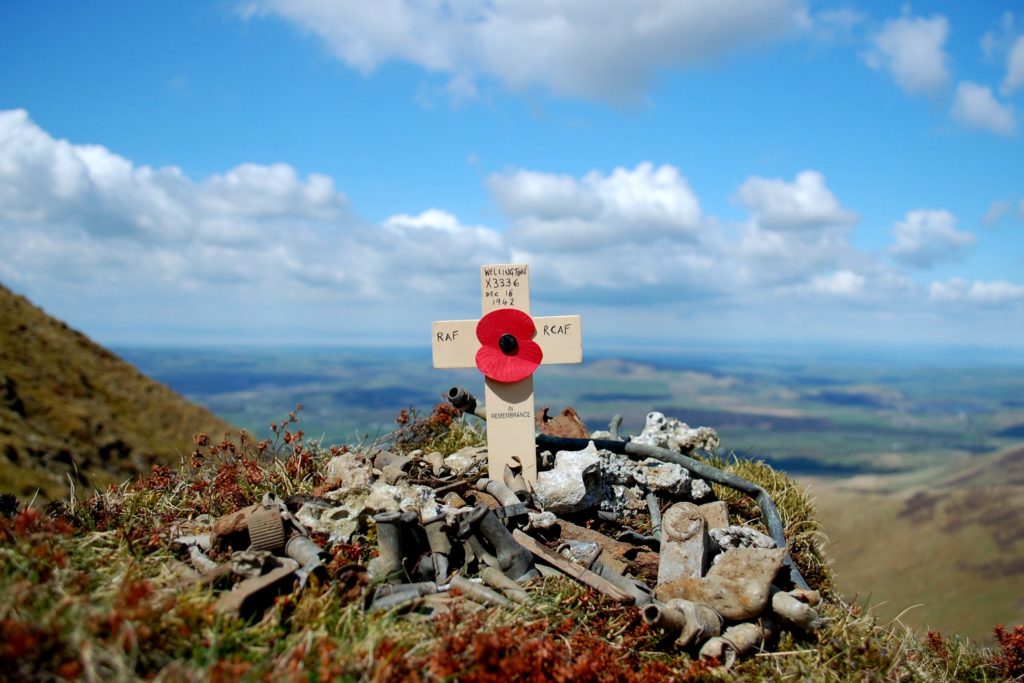 16 December 1942. Wellington bomber X3336 took off at 1838 from RAF Pershore in Worcestershire on a navigation exercise and crashed on Longside Edge on Skiddaw in the Lake District at around 2325.

It seems the crew missed the turn point which may have been over Lancaster and, perhaps realising their error, tried to make the turn but were alas some 40 miles off track and over the high ground of Cumbria.

The bomber struck the top of the ridge and exploded, killing all on board.

At the crash site only fragments remain but there are many .303 inch machine gun bullets. The debris was at grid reference NY 25001 28414 (with more fragments further down the slope) when I visited this site in 2013. 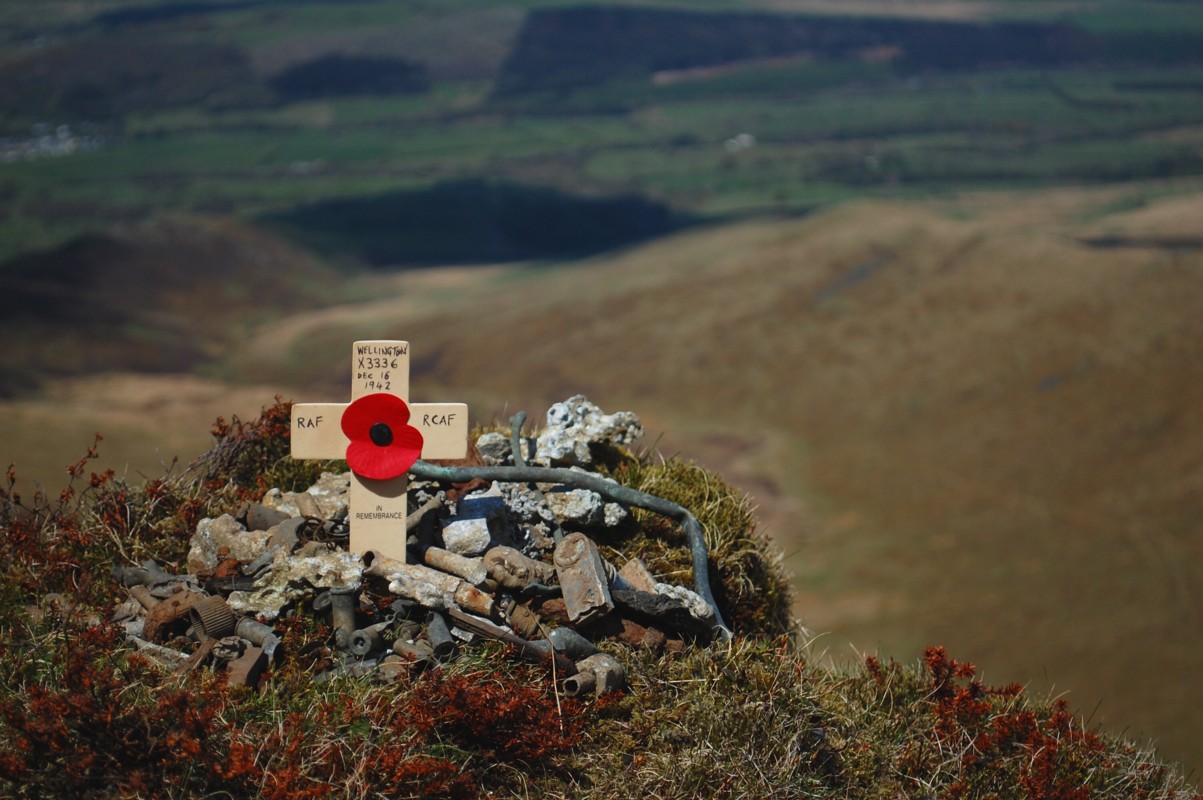 Below; Looking to the crash site from the western slopes of Skiddaw. 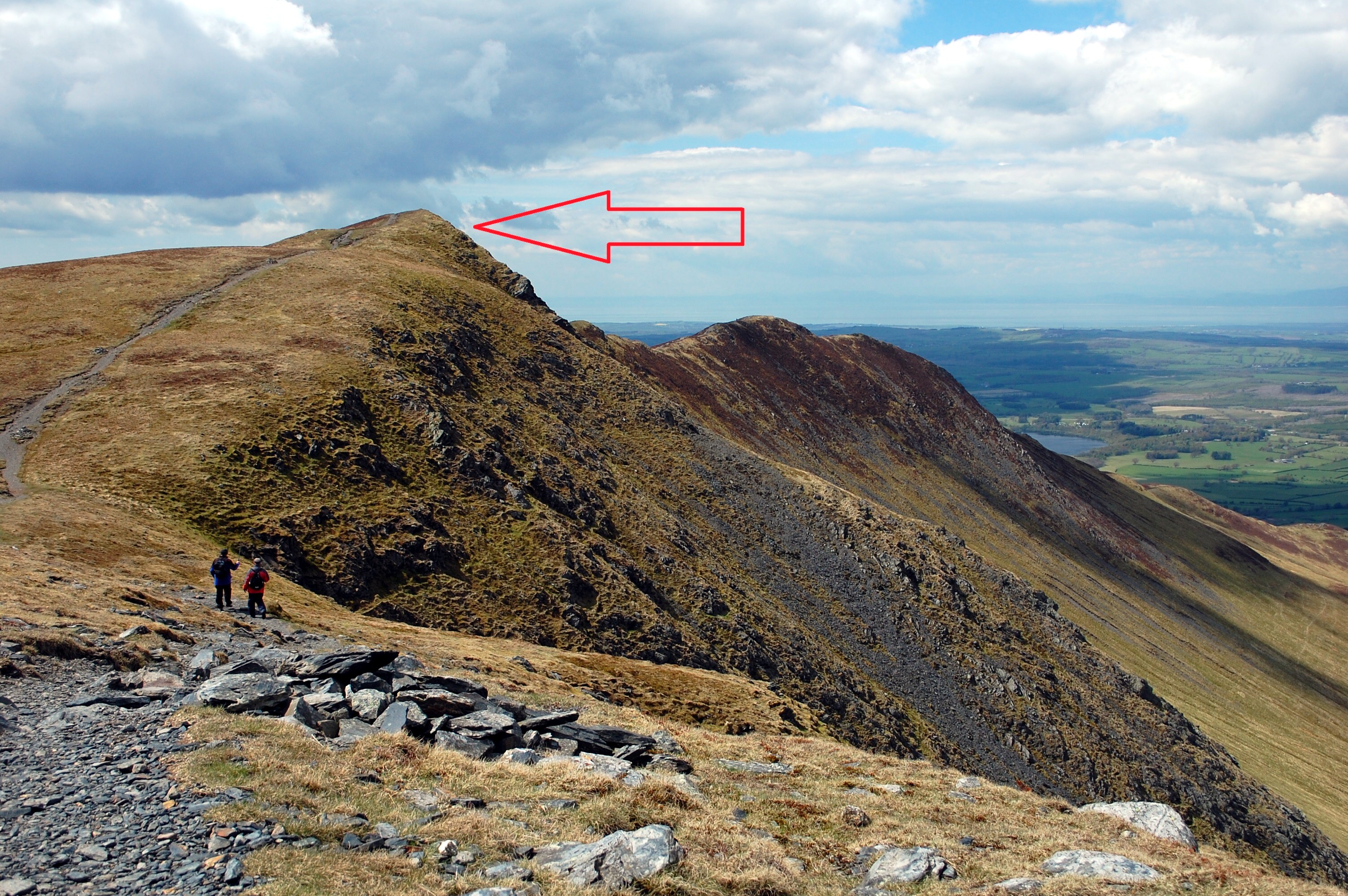 Below; Photo of a Wellington bomber (N2887) from wikipedia commons 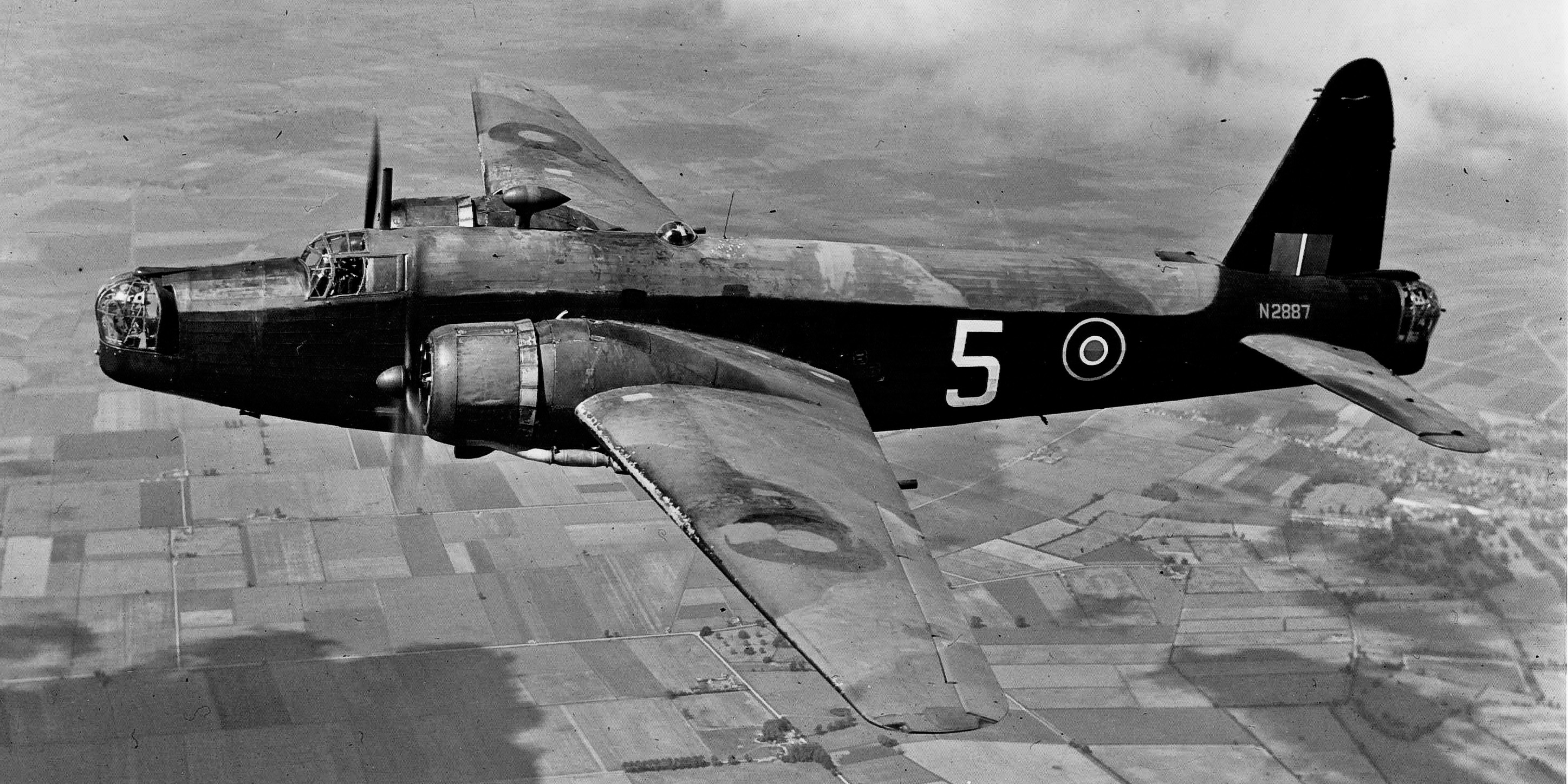