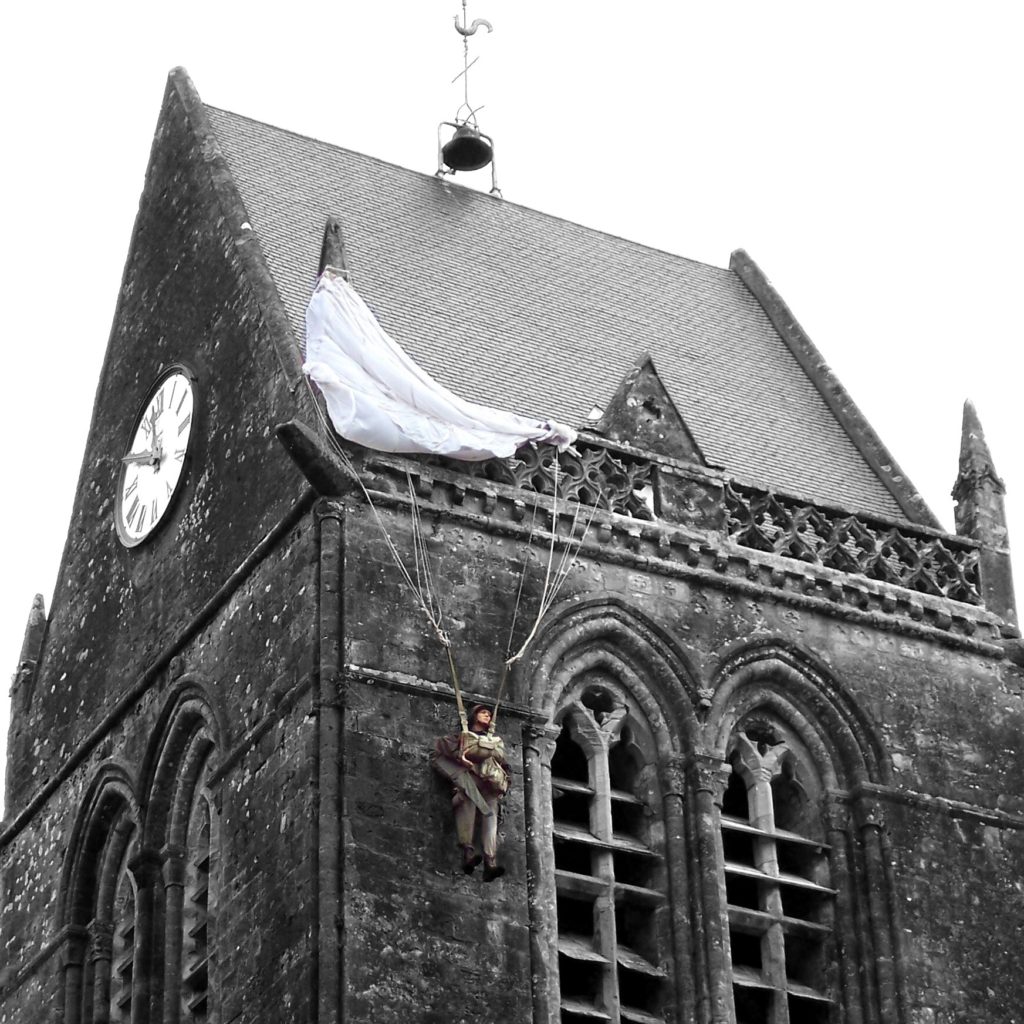 American paratrooper Private Steele of the 505th Parachute Infantry Regiment came down in the village of Sainte-Mère-Église during the airborne assault preparatory to the Normandy landings on 6 June 1944.

His parachute caught on the tower of the church; Private Steele tried to cut himself free but dropped his knife.

After being shot at he pretended to be dead, and hung from his parachute lines and watched as his pals were killed by the Germans defending the town.

Later cut down and taken prisoner, Private Steele escaped when comrades from the regiment attacked the village. 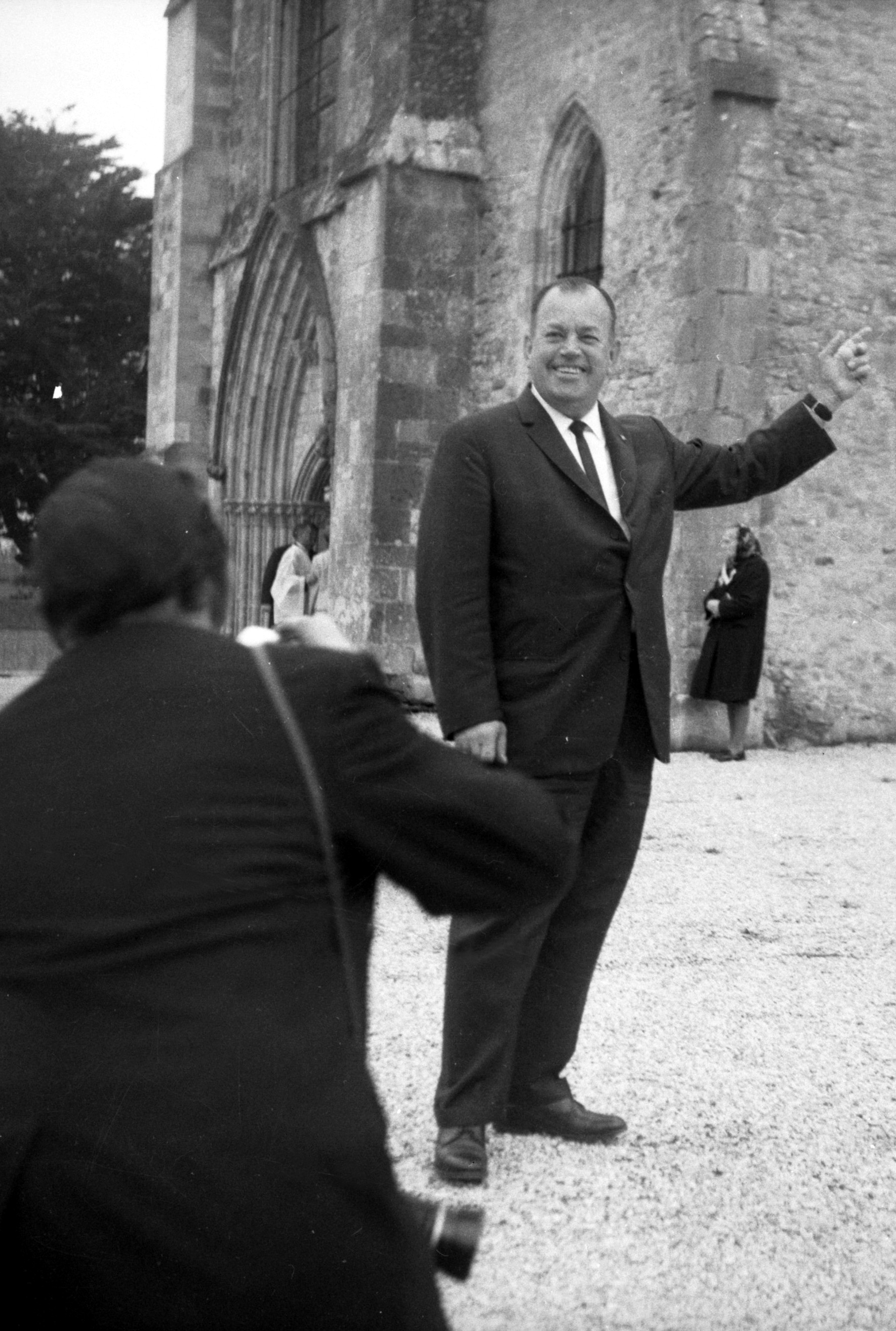 The scene was accurately recreated in the the 1962 movie The Longest Day. Although at 32 Private Steele was the oldest man in the company, Red Buttons (seen here) who played him was aged 43 at the time of filming!