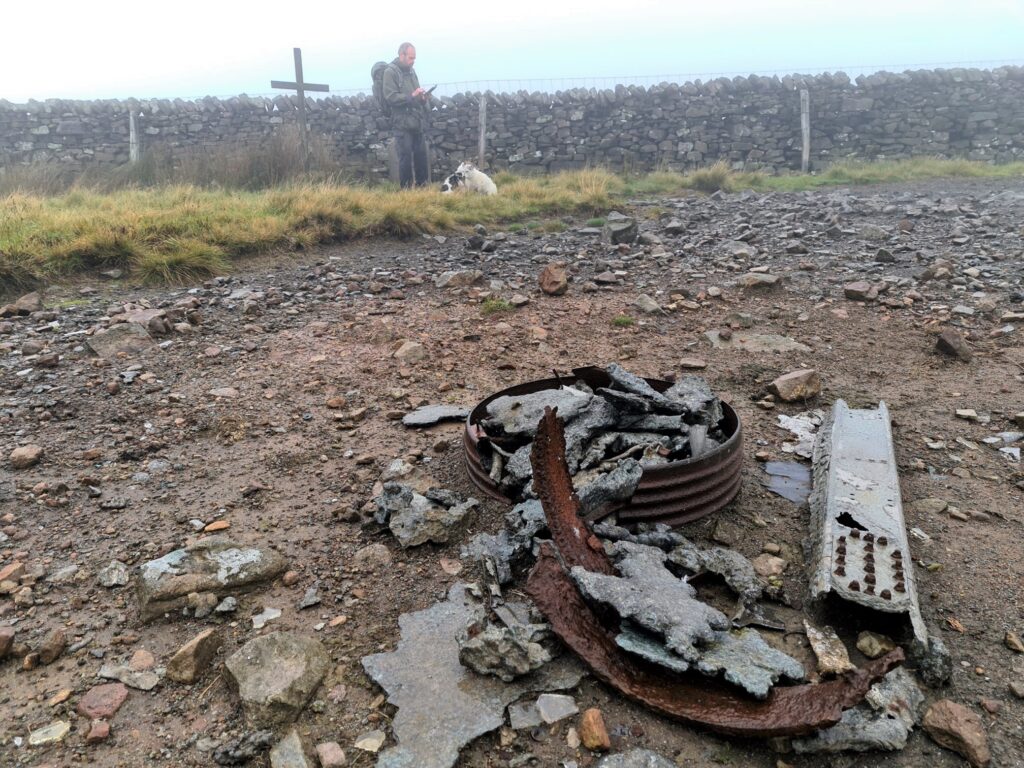 A walk in low cloud early in September 2020 with Sean of UK Air Crash Site Coordinates to visit three air crash sites in the Forest of Bowland. Not great conditions for photography but then this was how the weather was when an American bomber crashed on a remote hill in 1945, killing four of those on board. Grid ref at bottom of this page.

02 January 1945, the Liberator bomber of 714th Bomb Squadron was being flown from the USAAF base at RAF Seething south east of Norwich to the air depot at Warton, near Preston. The aircraft was due to return to the USA and additional to the five air crew were fourteen passengers – five airmen due to fly another bomber back to Norfolk and nine passengers taking leave in Blackpool.

In low cloud and rain, pilot First Lt Holt struggled to maintain visual contact with the ground. The clouds closed in and First Lt Holt – realising he needed to gain height with the high ground below – pulled back on the stick but alas the tail of the bomber struck the top of Burn Fell and crashed through a dry-stone wall. Surprisingly, fifteen of the nineteen airmen on board survived, though were injured of course.

Crew (all survived but were injured)

There’s not much on the ground; an obvious burnt out patch, some blobs of molten metal, the remains of a wheel, bits of perspex etc. By the wall, through which the B-24 crashed, a memorial stone has been placed. There is also a large wooden cross.

The memorial at the crash site 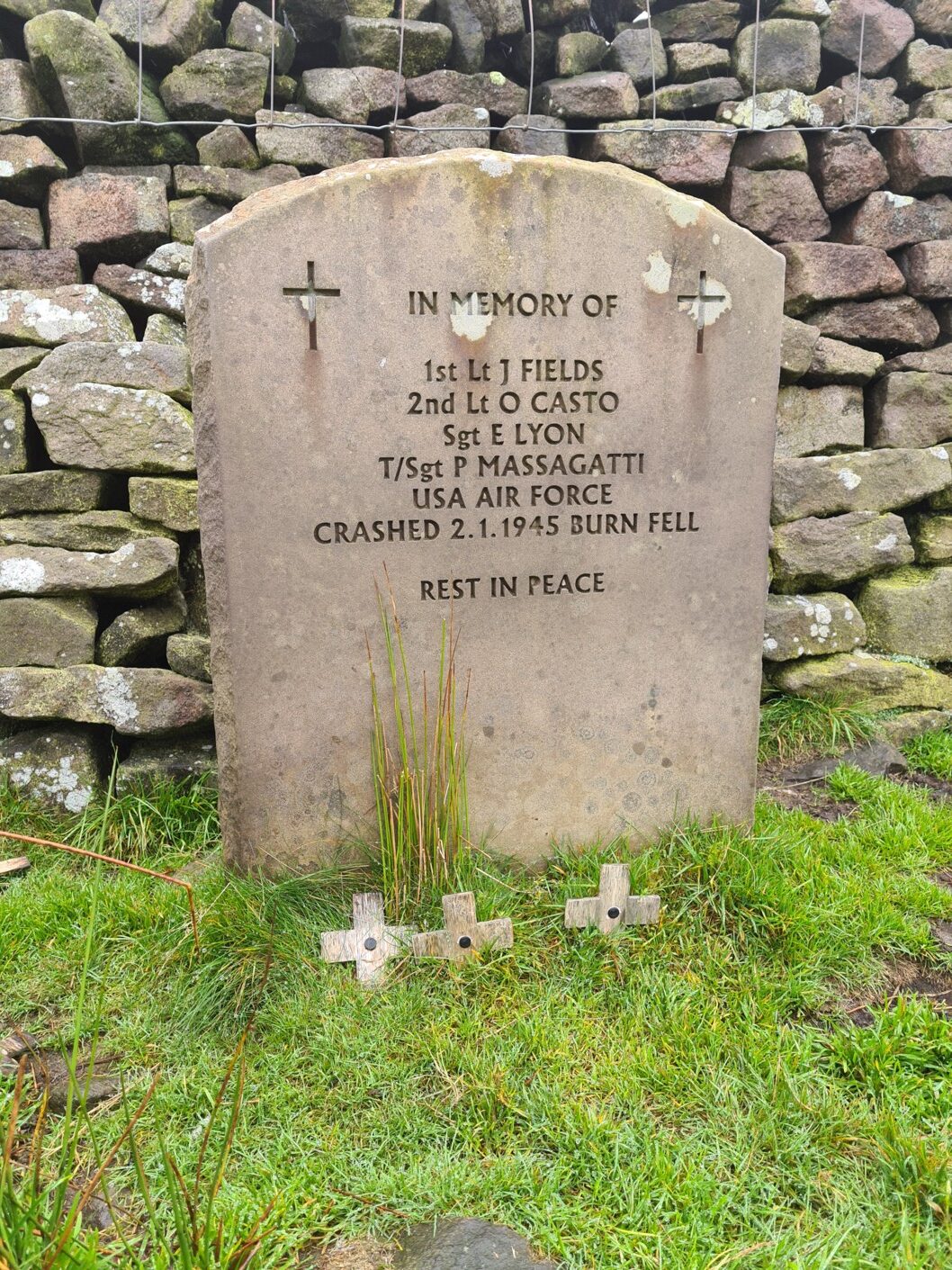 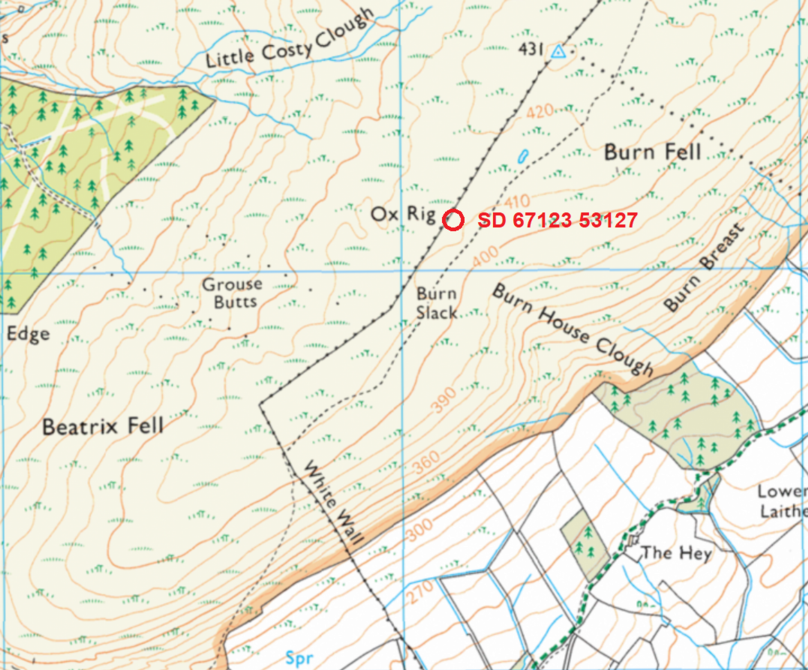