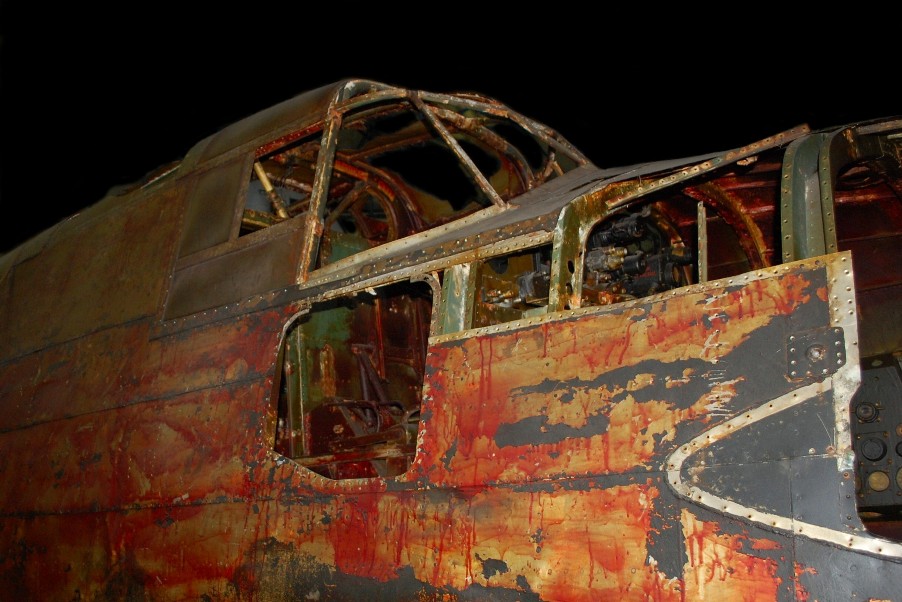 The bomber had been on a raid on the German battleship Tirpitz which lay at anchor in Fættenfjorden in Norway. During the bombing run, flak hit the aircraft and Canadian Pilot Officer Don MacIntyre had to crash land the plane on a frozen lake. No mean feat; still on fire, it careered across the ice (with landing gear up) before coming to a halt in the middle of Lake Hoklingen at about one o’clock in the morning. It sank shortly after.