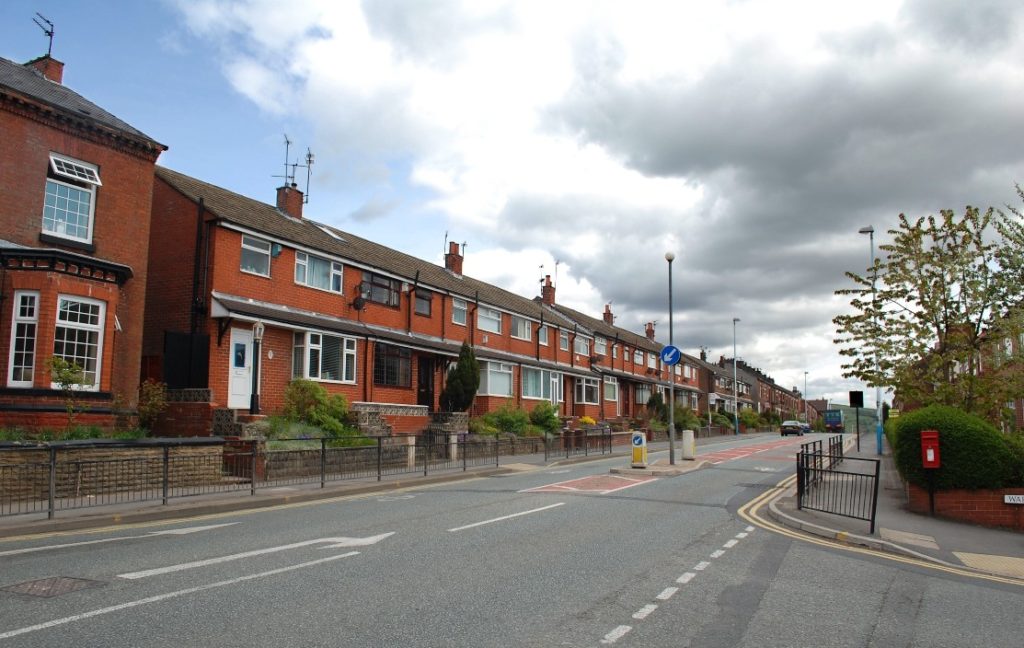 My Uncle Amos was bombed out of his house in Oldham, Lancashire, when a V1 flying bomb struck near the corner of Abbey Hills Road and Warren Lane on Christmas Eve, 1944. He was lucky to survive; 27 people were killed and a further 49 people were injured.

45 of these missiles had been launched from Heinkel He-111 bombers off the coast of Yorkshire and about 30 made it to the target area. Some landed harmlessly on the moors but the one that struck Oldham did the most damage.

The photo above shows the corner of Abbey Hills Road and Warren Lane. The building at the extreme left of the photo is from before the attack. The rows of newer houses on both sides of the road, and some older buildings in the immediate area still bearing scars from the shrapnel, are the only evidence of the attack today.