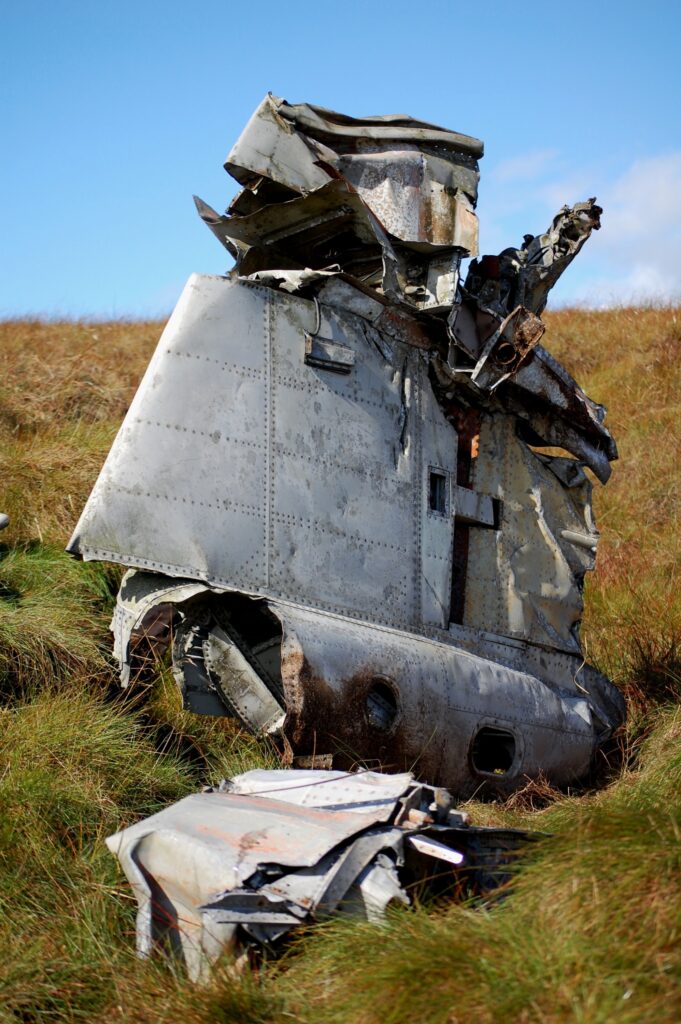 12th April 1951 a flight of four Meteors from RAF Linton-on-Ouse near York were on a training exercise. The lead pair were Flight Lieutenant David Merryweather Leach and Flying Officer Tony Hauxwell.

The exercise was called off due to dense cloud and all four turned back to base. Flt Lt Leach reported he could see what he thought was Leeds through a break in the cloud and began to descend with his wingman following close, while the other pair, led by Flying Officer Leslie Hayward, maintained their height.

Hearing nothing from the lead pair after a few minutes, F/O Hayward radioed Flt Lt Leach but received no reply. Alas the town Flt Lt Leech thought was Leeds was probably Stockport, and instead of the low plain of North Yorkshire, the two jet fighters descended at speed and still in formation into the southern slopes of Black Hill.

The trails of wreckage are still there, this being the biggest and most recognisable bit.