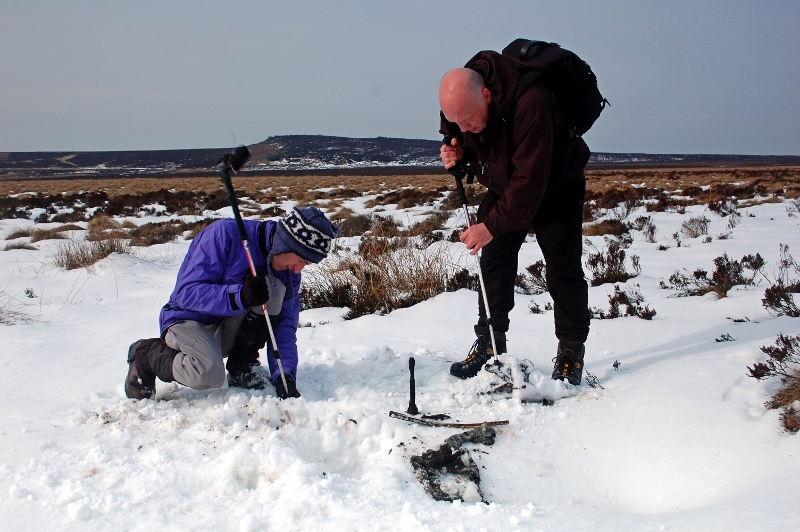 Finding bits of debris beneath the snow at the crash site of Wellington Z8980.

17th of July 1942. Wellington Z8980 took off from RAF Lichfield in Staffordshire on a night navigation exercise but flew at cruising speed into the moor at Rud Hill, between Hathersage and Sheffield at half past midnight in low cloud.

The mostly Australian crew all survived, though suffered some injuries in the crash. They reportedly misidentified the town of Nottingham for Leicester, a navigational error which resulted in the crash.

A Home Guard contingent of 20 men happened to be in the area and 10 of them, under command of Sergeant Lowey, tramped across the moor in the rain to reach the burning wreck, whereupon they pulled some of the crew clear of the flames while ammunition was cooking off around them. In their rescue, two soldiers were severely burned. It was not unusual for people – locals, farmers, soldiers etc – to make such gallant efforts. What is unusual is that the bravery of these men was later acknowledged.